Samuel Fiifi Hammond is a remarkable student. Not just because of his in-depth understanding of technical issues but his unwavering determination to break the traditional educational status quo.

He is only 22, yet he is pursuing a doctorate at the Newcastle University in Australia.

[contextly_sidebar id=”LWxVc8H2UHsNzZdipUvhB2rT8gj5dd24″]Samuel, only in 2016 graduated from the Kwame Nkrumah University of Science and Technology (KNUST) with First Class Honours in Bsc. Construction Technology & Management.

“Since my childhood, I’ve always challenged myself. I set high targets and try to achieve them. Sometimes I win, sometimes I lose. But I believe one thing that keeps me moving on is that I AM NOT COMPLACENT. I don’t easily get satisfied with how things are,” he said.

For the Jukwa Senior High School graduate who studied General Arts, learning is a lifelong exercise he enjoys.

He has always embraced the opportunity to learn something new at any given opportunity, especially one that challenges his thinking and exposes him to new ways of doing things.

This explains his appetite for academic research, a more reason why he completed his National Service at KNUST’s Department of Building Technology as a Research Assistant.

While a National Service Person, with only a degree in Construction Technology Management which is ordinarily not sufficient to pursue a PhD, he took the rare step of applying to the Austrian University for his PhD as a Higher Degree by Research (HDR) student. 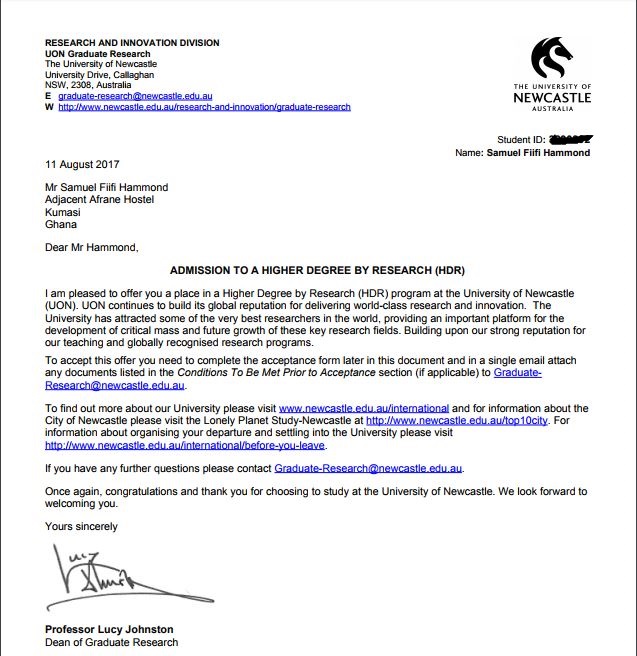 Samuel, had opted to complete the High Degree program in Building, an area he had received foundational understanding in from KNUST.

On 11th August, 2017 when he received the email from the University of Newcastle, confirming his admission on a Full Scholarship to the school he embraced it with much very little surprise. 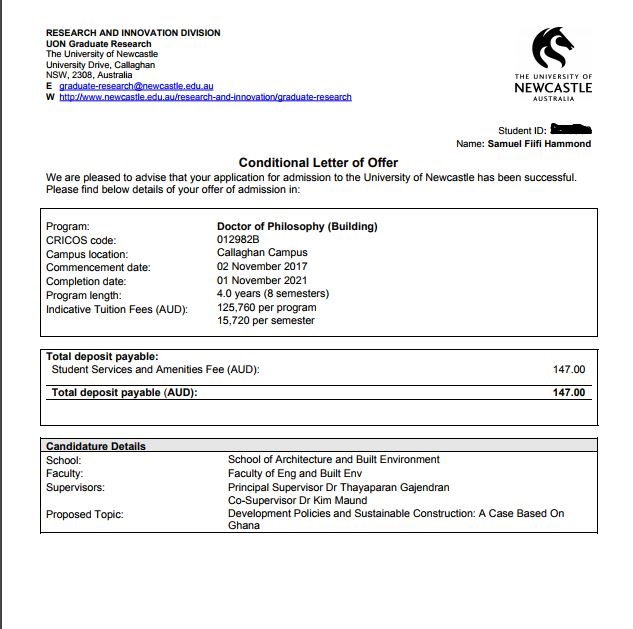 According to him, the admission yet again confirmed that success could be achieved when one puts their mind to it.

His research topic is “Development Policies and Sustainable Construction: A Case Based On Ghana.”

It will take him 4 years to complete the program, a year longer than the regular PhD program which could be completed in 3 years.

Unlike PhDs completed in other parts of the world, Samuel Fiifi Hammond’s PhD program is a research-only degree, meaning he doesn’t have any courses to take. All he has to do is to research. 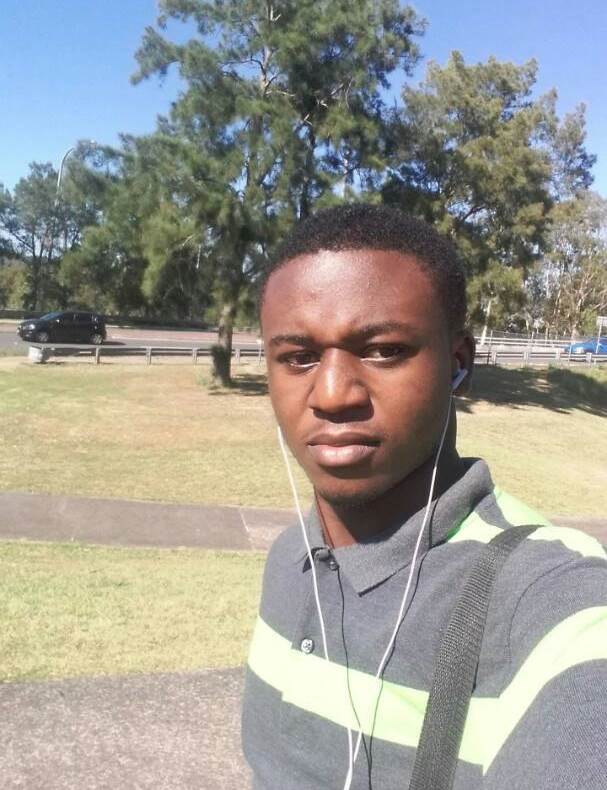 Although he can take up a teaching activity alongside the program, it is not a requirement of the programme.

With this feat, he is expected to complete the PhD programme at the age of 26, likely to set a record as the youngest West African to graduate from the school.

The average age of beginning a PhD in Australia is 28 for science degrees and 38 for humanities degrees.

“Always have a goal you want to achieve. Something better and higher than your current situation,” Samuel advises.

He said while he feels this is a great academic achievement for him, he is quickly putting the excitement behind him to focus on something greater ahead.

“We’ve all been in that state before where we’ve achieved something great and we felt good. It really does. But if you know you have another goal you want to tackle, you put those successes behind because there is something also to go after now,” he said.

The University of Newcastle, Australia, is listed among the top 300 Universities in the world.