Some parents are calling on the Ghana Education Service (GES) and the Ghana Health Service to collaborate in prioritizing public health issues at the Kumasi Academy (KUMACA), in the Asokore Mampong Municipality of the Ashanti Region.

The call comes after another first-year-student of the School died on Saturday bringing the death toll recorded under similar circumstances to three within the week.

Fodjour Furgerson Livingstone, a General Arts student died at the Komfo Anokye Teaching Hospital (KATH), after he was initially admitted at the Tafo Government hospital when he complained of fever.

According to brother of the deceased, Fodjour Martins, the family is devastated over his brother’s death.

The recent death comes after the school climaxed its 60th Anniversary on Saturday. 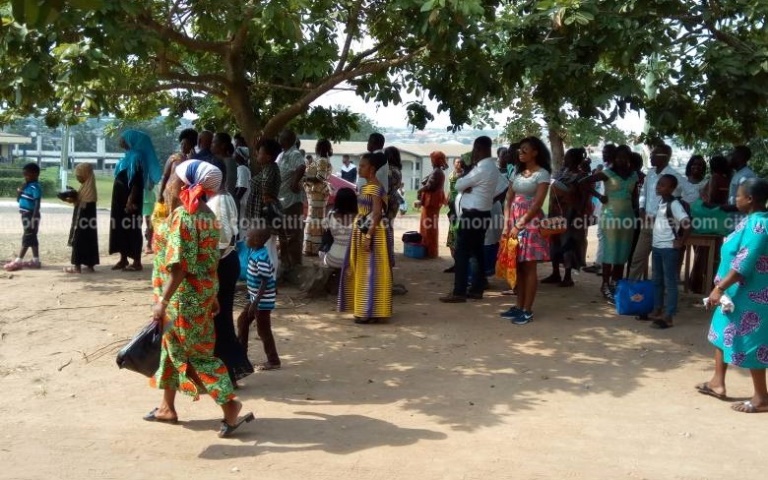 A similar incident at the school early this year, sparked confusion after parents besieged the school to seek answers from authorities.

Citi News‘ checks at the school revealed that discussions about the ‘mysterious’ deaths took center stage when parents trooped to the school for visiting.

Parents were seen in small groups with their wards discussing the issue. Other parents used the visiting hours to pray with their wards, a situation that almost turned the campus into a prayer center.

Some of the students expressed their frustrations to Citi News said they are living in fear and were sad over such happenings.

The parents want the Ghana Health Service(GHS) and the Ghana Education Service (GES) to prioritize public health issues in the school.

One parent said “I am proposing that looking at the symptoms that the kids are experiencing, I will advise that the Sick Bay will be stocked by either the Ministry of Health or the Ghana Education Service with very strong Antibiotics which can be given to students immediately they start experiencing those symptoms .They shouldn’t wait for the condition to get worse”.

Another parent also appealed to authorities to intensify health screening at the school.

“The Ghana Education Service and the Ministry of Health should at least try as much as they can to constantly be in this particular school to find out from both students and teachers to find out what is really happening in terms of sanitation and general health of the people once in a while, to ascertain their health status. If possible there could be screening, like setting aside a particular day for mandatory health screening that could help”.

The Ashanti Regional Directorate of the Ghana Education Service (GES) has ruled out the closure of the school, and said a team of medical personnel will be deployed to the school on Monday to give medical advice to the students.

31st December Revolution anniversary to be marked in Ho