On Thursday at a thanksgiving service held at the International Conference Center, President Nana Akufo-Addo called on all Ghanaians to pray for the preservation of peace, unity and freedom in Ghana.

Speaking at the service commemorating the New Patriotic Party’s victory in the 2016 general elections, he said it was only appropriate that Ghanaians renew prayers for the country.

This will also ensure that God continues to bless and protect Ghana, President Akufo-Addo. 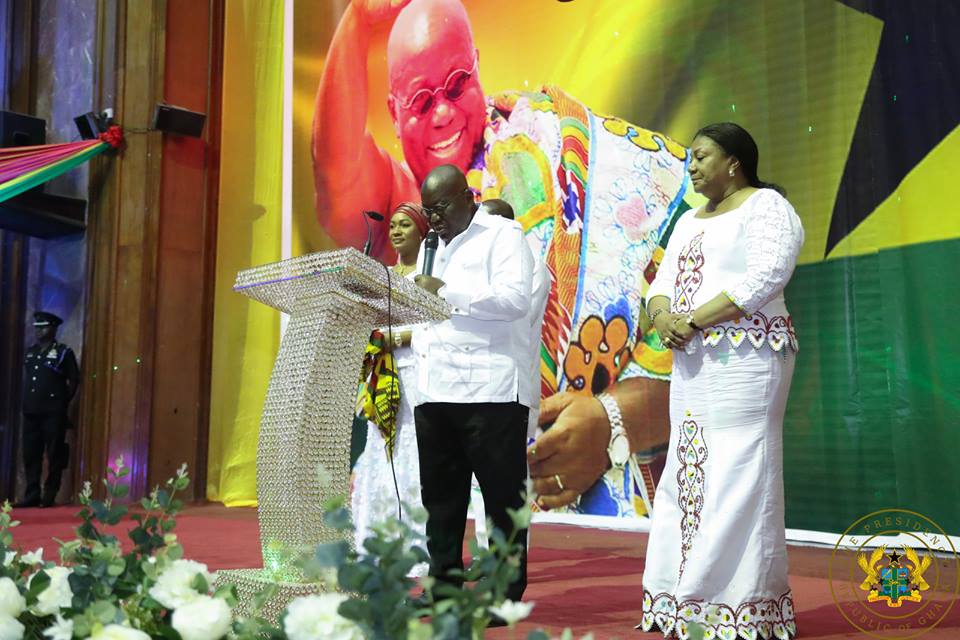 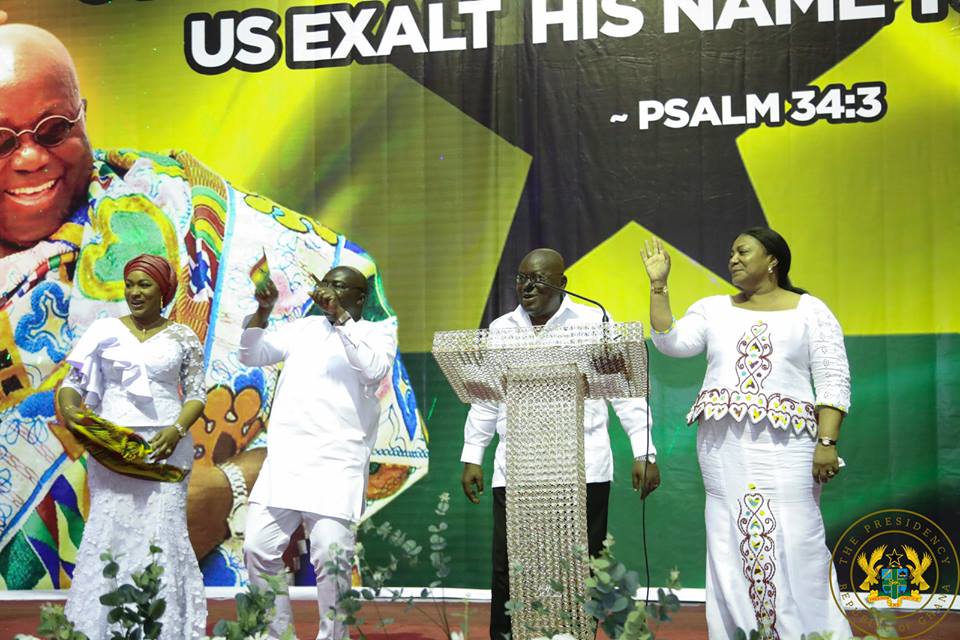 “May the almighty continue to preserve the peace, the unity and the freedom of Ghana, that those who he has called to serve in government, that he continues to endow them with the spirit of humility, the spirit of service, so that they can address the needs of the people of  Ghana for progress and prosperity,” he said.

President Akufo-Addo said he will continue to seek good guidance and counsel from God to rule and put Ghana in a good state. 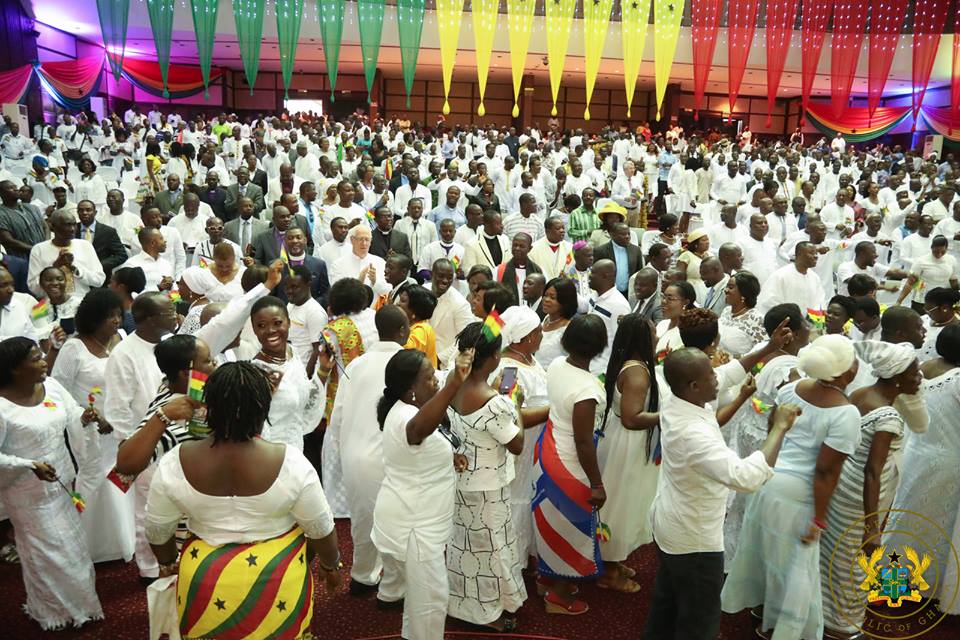 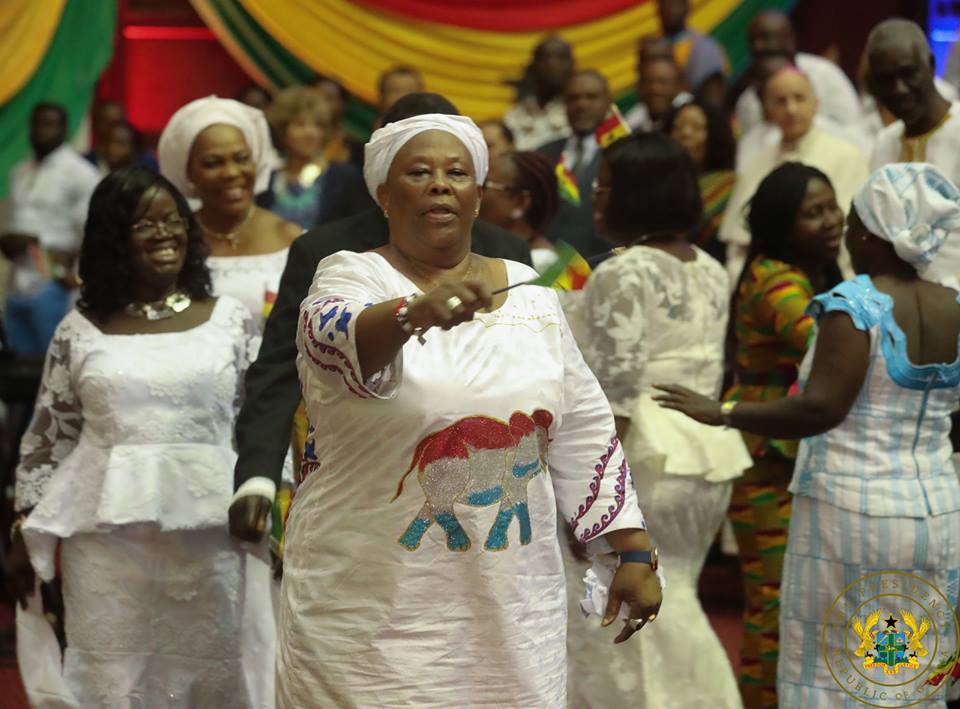 He also attributed the NPPs  triumph to the Lord, and said he will continue to put his government in the hands of God, and seek nothing but knowledge, wisdom and understanding as leader of the country.

The event, which was held at the Accra International Conference Center today, December 7, marks exactly a year since the party wrestled power from the John Mahama-led National Democratic Congress (NDC) government.

President Akufo Addo, his Vice, Dr. Mahamudu Bawumia, and other leading members of the party attended.

Akufo-Addo thwarted John Mahama’s plan of serving a second term by beating him in the election with 53.85% of the total valid votes cast, against Mahama’s 44.4%.

The NPP’s conviction that the NDC rigged the election forced it to file a motion at the Supreme Court to challenge the results of the elections.

He also pledged to reintroduce the payment of a monthly allowance to nursing and teacher trainees in the country – something the NDC government stopped doing because it said it wanted to invest the money into educational infrastructure to enable it to admit more trainees.

Although Akufo-Addo has not explicitly given timelines to his pledges and policies, most Ghanaians are highly expectant of moves to implement them, especially in his first year.

So far, the allowance for trainee nurses and teachers has been restored, whereas the party’s flagship programme, Free SHS has been implemented, although it is faced with initial challenges.

Processes towards the fulfillment of other promises are also ongoing.

6 sneaky ways your phone is ruining your relationship