Guinness Ghana Brewery Limited (GBL) has launched a campaign aimed at reducing drink-driving and associated issues among commercial drivers in major cities and towns across the country.

As part of the campaign, the company called on drivers in the nation’s capital Accra to desist from drinking and driving this festive season in order to resist the number of road accidents that usually characterise this part of the year. 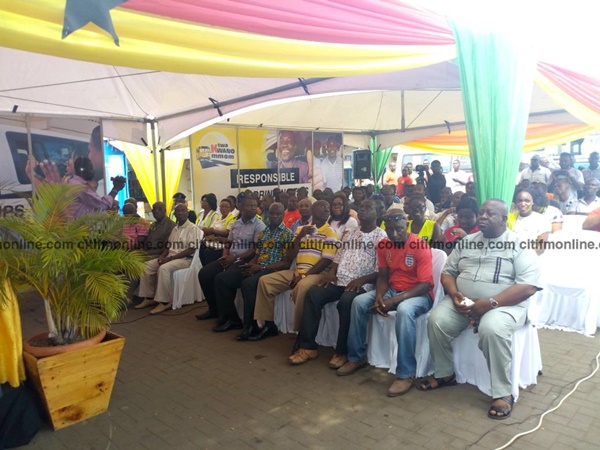 The fifth edition of the annual road safety campaign, dubbed “Twa Kwano Mmom” was launched earlier in the week at the Neoplan Station which is located near the Kwame Nkrumah Interchange in Accra.

The campaign which has run for the past four years at various transport terminals across the country has seen the full participation of drivers in various cities and has contributed immensely to the reduction of road accidents in the festive season over the years. 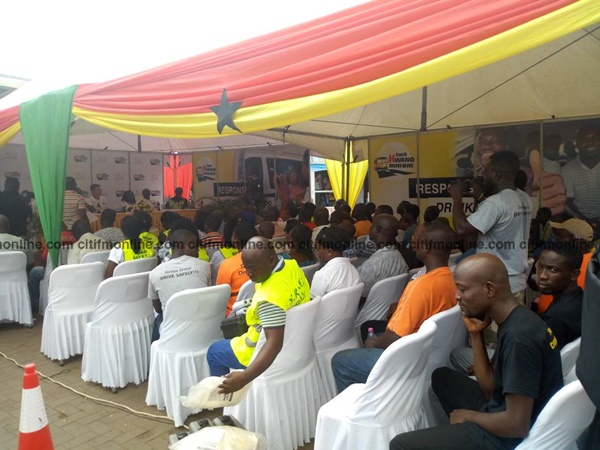 According to Managing Director, Gavin Pike, besides selling their renowned beverages, Guinness Ghana is committed to educating and ensuring responsible drinking, which is one of their key ideals of the company.

“This campaign is born from 5 commitments made by global beer and spirits produce to reduce harmful drinking. One of those commitments is the need to reduce drinking and driving which is at the heart of our responsible drinking campaigns,” he said.

“We believe it’s the right thing to do, to focus on the quality of our brand and encourage people to drink better rather than more. We believe it’s important to educate our consumers on the enjoyment of alcohol and the dangers of harmful drinking.” 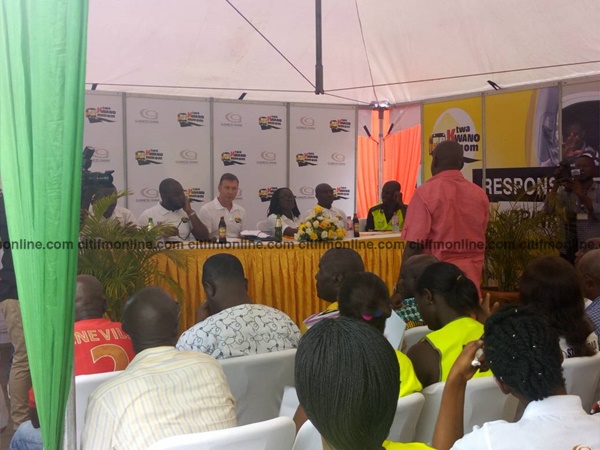 Mr. Pike also believes a joint effort by government and other responsible bodies could help reduce the menace caused by drink-driving.

“We believe that business can be a force for good and an agent of change. By collaborating and partnering with government, law enforcement agencies and civil society, we believe we can play a key role in mitigating the impact of drink driving to help ensure safety on our roads.”

Addressing the drivers at the program, Director in-charge of Education, Research and Training at the Motor Traffic and Transport Department (MTTD) of the Ghana Police Service, DSP Alexander Obeng said up to 1,179 deaths had been recorded from January to November from cases of drink-driving.

He advised that drivers could reduce the spate of accidents during the festive season if only they adhere to road traffic regulations. 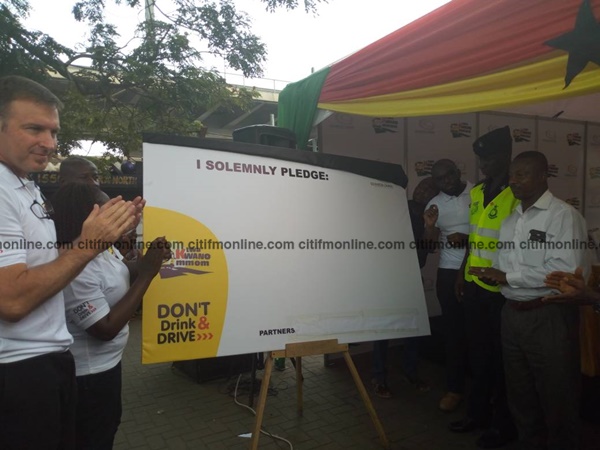 “Drunkenness is promoting chaos on our roads. It is destroying your investments. Never again, we can do it, we have just started. If you refrain from drunkenness, from speeding, from unlawful overtaking, from aggressive driving and leaving vehicles in dangerous positions and continue to mark our vehicles with conspicuous reflectors and put behind the steering wheel, certified, qualified and permitted drivers to drive proper vehicles from passenger lorry parks, we will be able to reduce the incidences of road crashes in December by 50 percent.” he urged.

However, the GPRTU’s Regional Industrial Relations Officer for Greater Accra, Abass Ibrahim Moro, insisted that not all road accidents are caused by drink-driving but rather by natural causes.

“We accept that a few accidents come from mistakes by the drivers. But averagely, about 60 percent are natural accidents and about 40 percent are caused by drivers. So we all need to check ourselves and balance issues so that we avoid accidents on our roads.”