Some traders at the Abuakwa-Dadiease Market in the Ashanti Region, are counting their losses after fire swept through parts of the market and destroyed over 70 shops.

According to fire fighters, the inferno, which spread quickly started at about 1:00am on Friday. 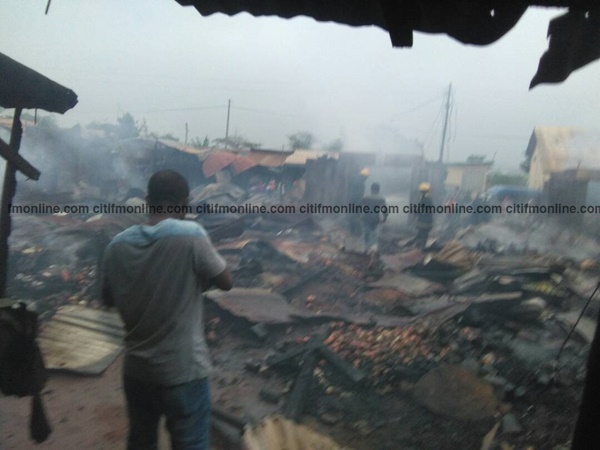 The cause of the fire is not officially known, but some traders say it started from one of the shops at the market.

Four fire tenders were called in to bring the fire under control. Properties worth thousands of Ghana cedis have been lost to the fire. 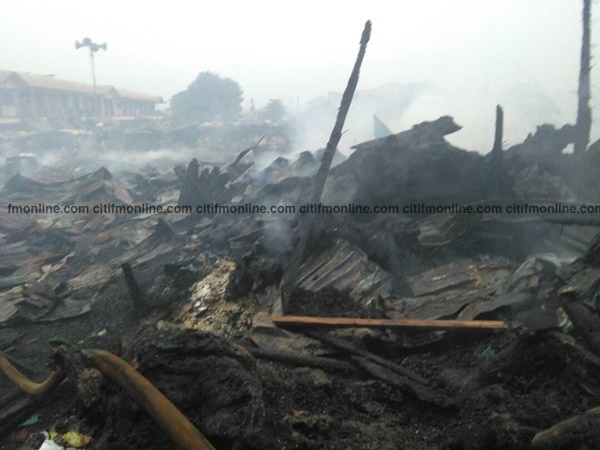 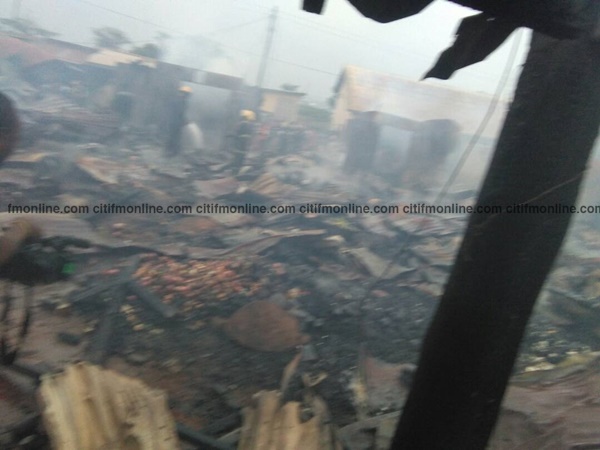 Speaking to Citi News, one of the traders said: “The fire started around 12.30am. We cannot tell the source of fire. Fire service personnel have to confirm the source of the fire.”

Another said: “I have goods in this market. I was called by my senior sister who informed me that there was a fire outbreak here. We are calling on government to take action on these fire incidents.” 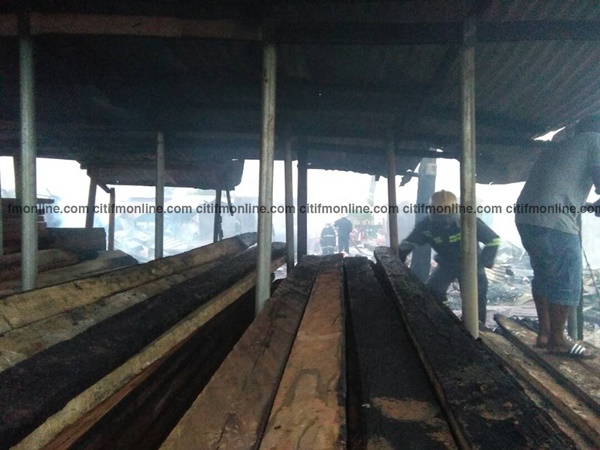 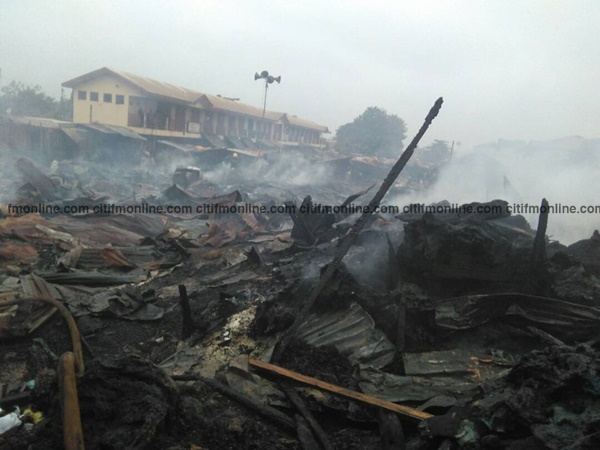 “I was home when I was informed around 3:00am about the fire incident. We lost all of goods in the fire. We had Tin tomatoes, oil and other goods… I could not take anything. Government has to intervene,” one other trader said.