It has emerged that the Ministry of Special Development Initiatives has entered into a contract with the Zoomlion Ghana Limited to distribute plastic recycling machines to some districts in the country.

A letter signed by the sector minister, Mavis Hawa Koomson and sighted by citifmonline.com indicated that District Chief Executives (DCEs) in areas selected to benefit from the program were to allocate land areas for the project.

“The Ministry of Special Development Initiatives, in order to realize the Government’s vision to transform rural and urban communities, identified sanitation as one of its priority areas. This aims at instituting proper sanitation and waste management system, which will improve health and the general living standards of the people,” it said.

“You are being requested to help provide a suitable land area, which has access to electricity to facilitate this process, which will improve the waste management system in the country,” the letter added. 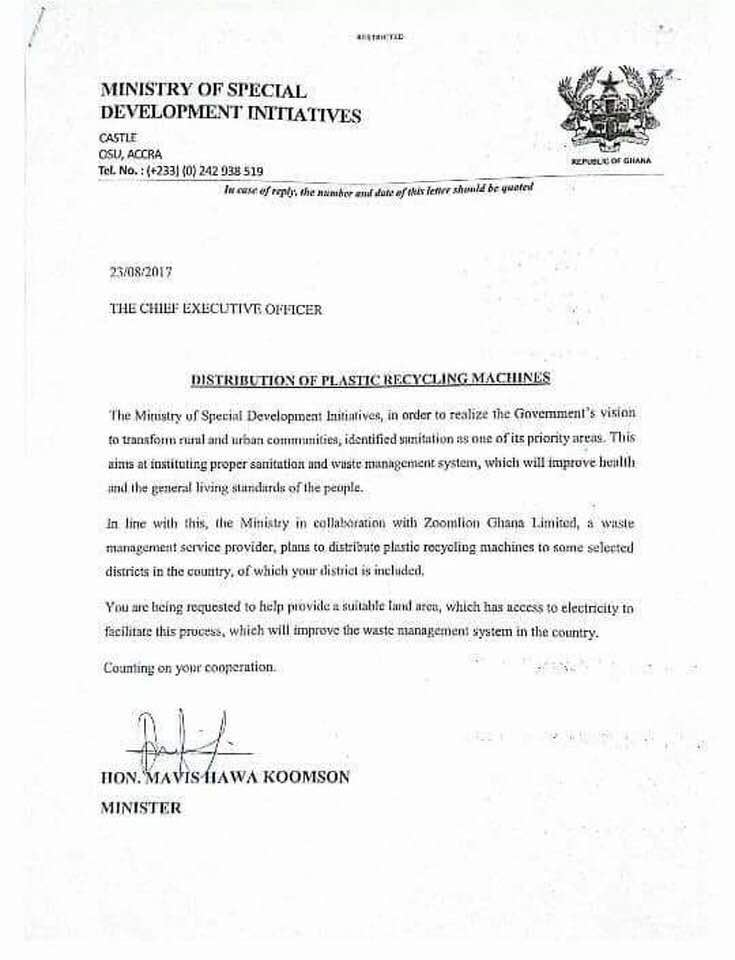 This latest development comes at a time when many are questioning the relevance of the ministry after its 2018 budget allocation was found to be at least five times of what other key ministries were allocated.

It has also come under serious criticism over its allocation of GHs800,000 for the creation of a website.

Although it has since attempted to clarify that the amount was a typographical error, many believe it was an attempt to fleece the national coffers which went bad due to the alarm raised by the minority in parliament.