Thousands of Ghanaians will later tonight [Sunday] December 24, 2017, assemble at the Accra International Conference Centre (AICC) for the experience of a lifetime at the biggest end-of-year concert, dubbed Decemba to Rememba (D2R).

The mad rush for tickets to this year’s official Christmas Party resulted in them being sold out only days after they were released to the public. 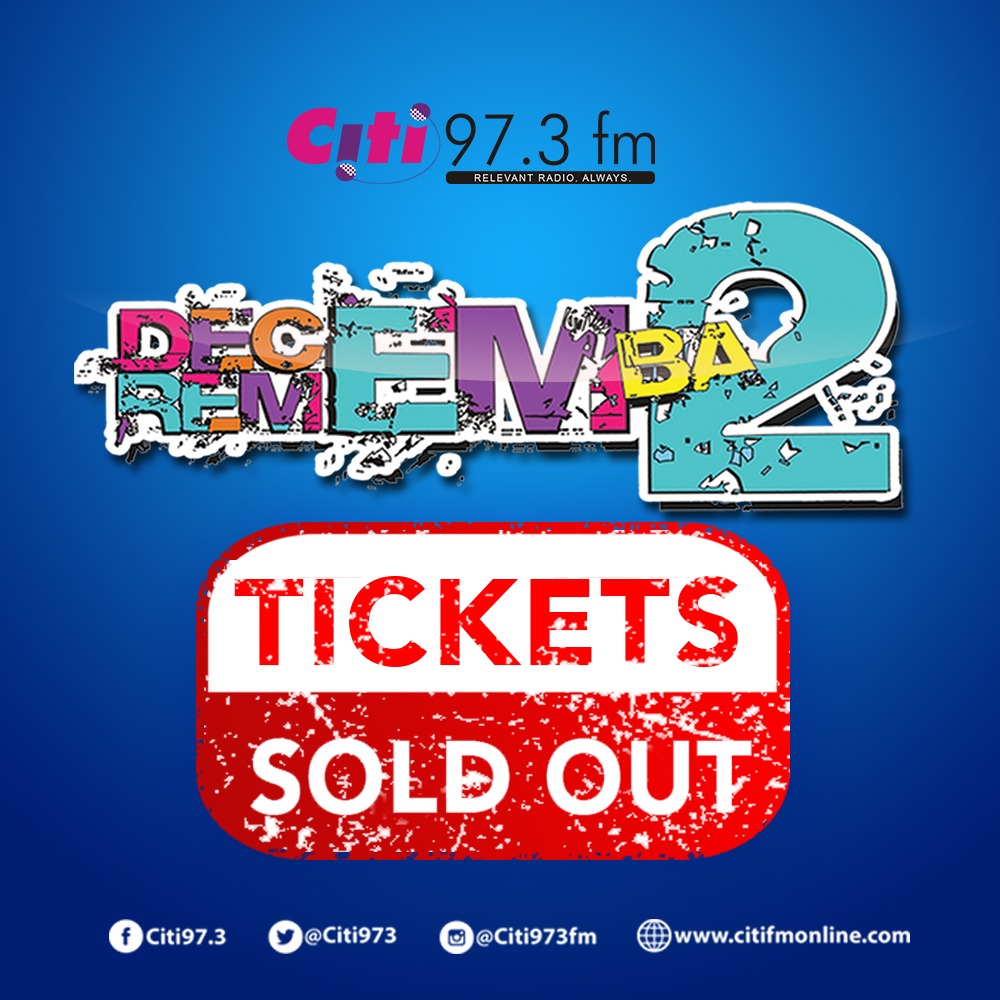 The 2017 edition of the Decemba 2 Rememba concert (#D2R2017)will feature a number of the nation’s biggest acts of the year,  including the ‘90’s bad girl’ Ebony Reigns, ‘Daavi’ MzVee, Lynx Entertainment’s newly-signed acts, Kidi and Kuami Eugene.

To whip up the ambience of the Christmas season, re-united Wutah will do justice to ‘Bronya,’ and other hit songs from their repertoire.

The Pride of the Northern Region, Fancy Gadam, King Promise of ‘Oh Yea’ fame, music producer and singer Magnom, ‘Jennifer Lomotey’ hitmaker Kurl Songx, Adina, B4Bonah and many other entertainers will be at this year’s Decemba 2 Rememba.

Decemba 2 Rememba, is an annual concert organised by Citi FM, and hosts the most sought-after artistes and entertainers on one stage.

According to the Programmes Manager of Citi FM, Jessica Opare-Saforo, this year’s edition promises to be electrifying as all the artistes have fervently prepared to give off their best.

“Every year of Christmas Eve, Citi FM puts together what is called the biggest concert which features all the hitmakers of the year so typically what we do is we scan the music landscape to see which artistes are making hits. And we have a surprise comedy act from Nigeria,” she said.

There will be a live streaming of the event on social media powered by Citi TV.