Chief Justice, Sophia Akuffo has set up a special TV Licence Court to deal with people who refuse to pay the mandatory TV licences.

The courts, numbering 11, are located across all the ten regions of the country and are to “sit every Thursday with effect from 4th January 2018 until otherwise directed,” a letter sighted by citifmonline.com from the Judicial Service and addressed to the Director General of the Ghana Broadcasting Corporation (GCB), stated.

[contextly_sidebar id=”rDFnLvv36dYC5kjneeWh852l04cjrp8R”]Per the letter, the setting up of the special TV licence court was a request from the Director General of the state broadcaster, Kwame Akuffo Anoff-Ntow on November 6, 2017.

“This is to inform you that the Honourable Lady Chief Justice has granted your request for the establishment of Special TV Licence courts as indicated in the attached document.

While domestic TV users are to pay between GH¢36 and GH¢60 for one or more TV sets in the same house every year, TV set repairers and sales outlets are to pay an annual sum of between GHc60 to GHc240.

For commercial TV operators, they are to pay GHc36 per annum for each TV set.

GBC had in the last two years since the re-introduction, appealed to Ghanaians to voluntarily make their payments. 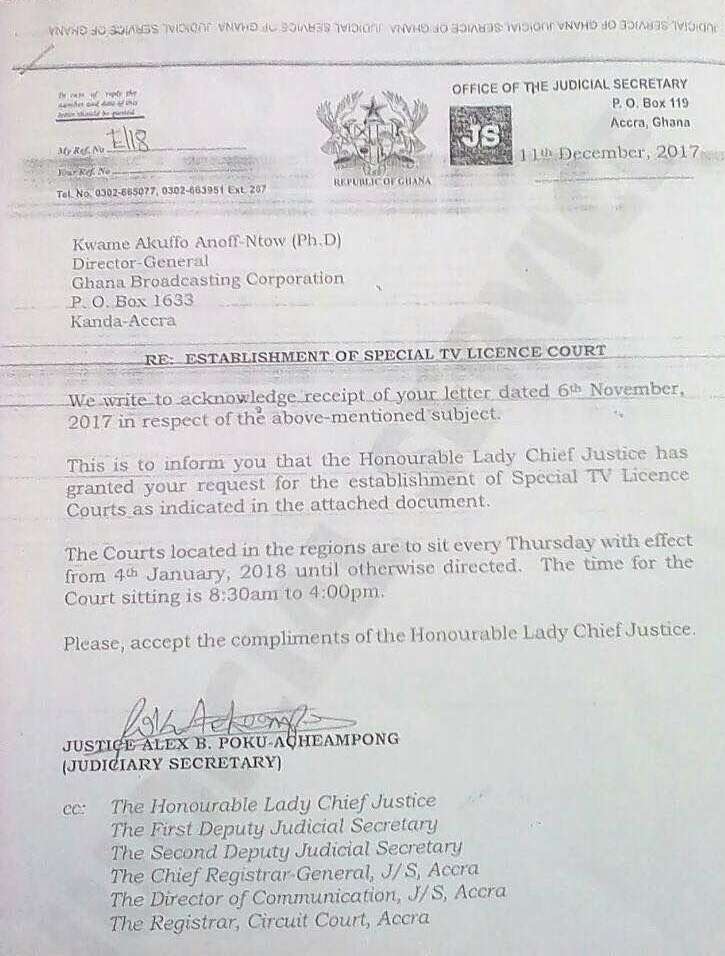 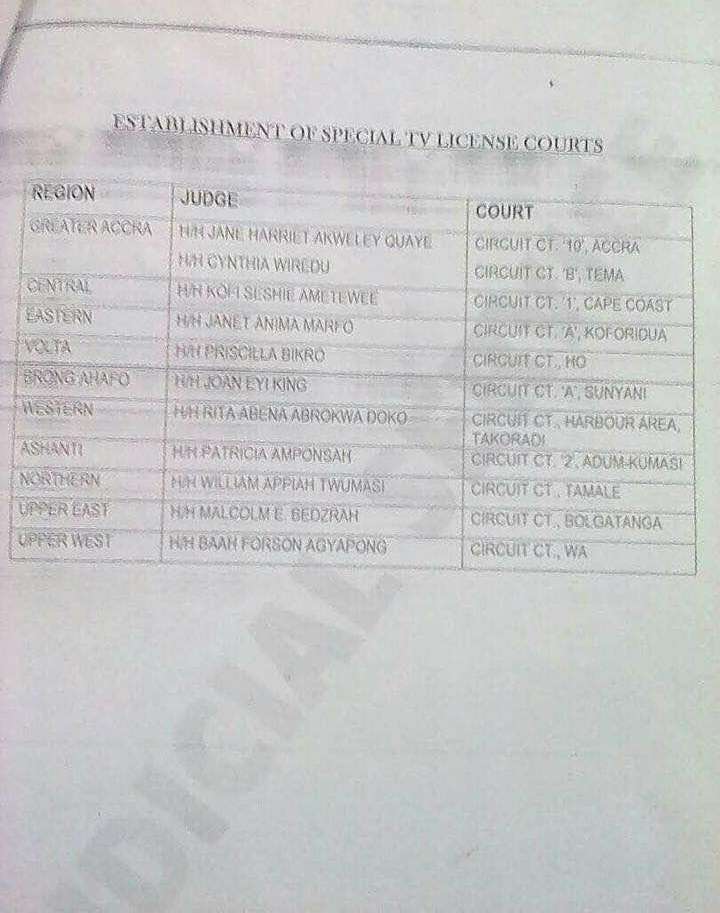 Following the setting up of the special court, it is expected that recalcitrant TV owners or operators who previously were adamant about not paying the fee will be prosecuted.

According to  Section 1(a) of the TV licensing Act 1966 (NLCD 89) as amended, “Any person who contravenes any provision of this law or regulation shall be guilty of an offence and shall be liable on conviction to a fine or to imprisonment for a term not exceeding one year.”