3 wounded in robbery of Mobile Money Agent at Sahara

Bullet casings from the shots fired at the crime scene.

Three persons, including an 11-year-old boy, sustained gunshot wounds after a robbery incident at Sahara, near Dansoman in Accra on Thursday afternoon.

According to residents, the robbers who stormed the shop of a mobile money vendor, shot at him when he refused to handover his sales and was running away.

Details of the robbery are still sketchy.

One of the residents, whose son was shot, told Citi News that the injured persons were rushed to the Korle Bu Teaching Hospital hospital, where they are receiving treatment.

When Citi News’ Kojo Agyeman later visited the Hospital, none of the injured were in the position to speak, as doctors were operating on them. 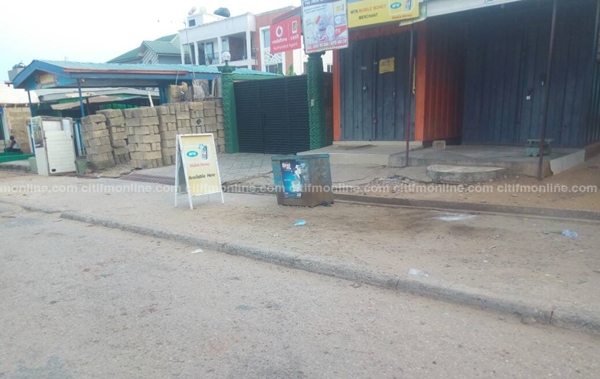 “We were at home on our porch when we heard that our neighbor with the mobile money shop was in trouble. There were children at around and we told them to stay put,” she narrated.

“My sister knew the shop where the incident was taking place so she said she was going to check it out. She got to the place and some warning shots were fired. My sister was wounded in the hand and in the leg. Another guy was also wounded.”

“We rushed them to the hospital; three of them. My child was also shot, my child of 11 years,” she added.

She noted that she caught a glimpse of the robbers, and that all but one had their faces covered, with one of them wearing a motorbike helmet.

It is believed the robbers made away with all the money from the Mobile Money Agent.