You can’t rely on voluntary contributions for Free SHS- Ablakwa

National Democratic Congress (NDC) Member of Parliament for the North Tongu Constituency, Samuel Okudzeto Ablakwa, has said the government cannot afford to rely on voluntary contributions to fund education, particularly free SHS, as projections for those funds may not materialize.

The government announced that it would set up a fund to receive voluntary contributions from individuals to support the implementation of the free SHS programme and the educational sector as a whole.

However, this plan has been criticized by the Minority who believe this is an indication that government does not have the funds to properly implement its much-touted programme.

According to Ablakwa, putting a lot of expectations on money which would be accrued from the fund could backfire as it may not appeal to Ghanaians enough to voluntarily contribute to it.

“No country runs public education on just voluntary funds. What if the Fund is not considered attractive and you don’t really get as much as you are expecting. We can’t leave the destiny of our children’s quality education to just a voluntary fund where we don’t really know the projections. You cannot just depend on voluntary funds, you can’t run education that way. You need a concrete plan and you need a well-defined funding source. It’s clear that government is struggling to fund it and struggling to identify a clear funding source.”

Mr. Okudzeto Ablakwa has already described the government’s budgetary allocation for Free SHS as woefully inadequate to support the programme.

According to him, government would need at least two billion cedis to support Free SHS in 2018, 800 million cedis more than the amount that was allocated to it in the budget.

“It is clear that there are real challenges, and sadly, we didn’t hear of a Marshall Plan. I thought there was going to be a huge plan based on the assurances the President had given the nation that he was aware of the challenges with free SHS and that the nation should expect that it will be addressed soon. Unfortunately, the 2018 budget did not present a Marshall Plan to address these challenges. What we are seeing is an inadequate allocation in the budget; 1.2 billion is woefully inadequate for four terms for the 2018 fiscal year,” the former deputy education minister said on the Point Blank segment of Eyewitness News.

The New Patriotic Party (NPP) government’s flagship free Senior High School programme was launched in September as part of measures to ensure all Ghanaian children are educated,  at least, up to the SHS level.

However, since its introduction, the programme has encountered a number of issues, mostly in relation to the capacity of the schools and the availability of desks for and other infrastructure for students.

The President and Education Minister have assured Ghanaians that the challenges would be addressed to ensure that the students receive the full benefits of the programme.

However, according to Mr. Ablakwa, the government failed to present a clear strategy in the 2018 budget statement to fix the issues despite their assurances. 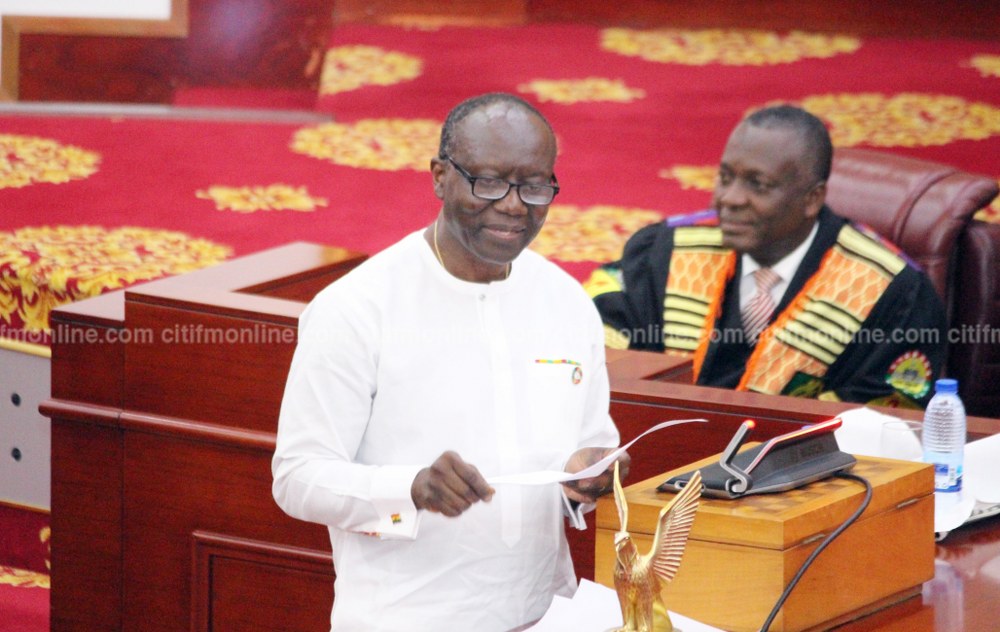 Presenting the 2018 budget statement in Parliament on Wednesday, Finance Minister, Ken Ofori-Atta said the Voluntary Fund had become necessary following numerous proposals the government had received from Ghanaians who wanted to invest in the educational sector.

“With the successful launch of the free SHS programme, government received proposals from the public, several of which encourage the establishment of a fund to receive voluntary contributions to support education. Thankfully, the GETFund Law allows for the setting up of other education-related funds. In 2018, the Ministry will work with GET FUND to set up this education fund to enable Ghanaians make voluntary contributions to support education,” he added.

The Chairman of the Coalition,  Bright Appiah, speaking on Eyewitness News, said that while government is justified in its attempts to diversify funding for the free SHS programme, the uncertainty surrounding the creation of the voluntary fund could be detrimental to its implementation.

“We want to know what the fund is going to do as far as the Free SHS programme is concerned. If you look at the budget that the Finance Minister read, they have made some allocations to that sector, and how it will be disbursed. We have indicated that if you look at the number of children we have in the SHSs, that money will not be enough for the kind of programme we want to run,” he said.

He urged the government to provide specifics on how much it is expecting to accrue from the fund and what they intend to use it for.

“If Government wants to look for alternative sources of funding for Free SHS, it’s all good. We are not against the setting up of the fund itself, but the Ministry of Finance and those in charge of it should be bold enough to explain to the public, what it is going to be used for. We are not certain as to how much we are going to get into that fund. There’s some uncertainty around it and I feel once we are funding a free SHS programme, we should be certain as to how much we need and how much is available to fund it.”
–
By: Edwin Kwakofi/citifmonline.com/Ghana

All set for Citi TV’s ‘The Eminence’ on Saturday