Former First Lady of Ghana, Nana Konadu Agyeman Rawlings, has called for gender balance within the House of Chiefs.

This she said would afford queen-mothers the respect that traditional Ghanaian culture gave women before colonial rule.

[contextly_sidebar id=”ZmqeDhcrSq2rcJcu34Bja9Zt2mZ6EKeh”]”Culturally, we refer to nature as ‘asase yaa’ and women are held in reverence spiritually and culturally, so why the disconnect in our contemporary society where women are treated like second-class citizens,” she questioned.

Nana Konadu was giving an address at a symposium at the University of Ghana on the theme: “Women Empowerment: How Critical Is It To National Development?”

Her address narrowed into the makeup of the House of Chief, which is a constitutionally mandated traditional body, and has always been constituted by men.

“Can someone here give me reasons why our queen mothers are not permitted into the House of Chiefs? There really is no reason besides the fundamental fact that they are women and that is it,” she stated. 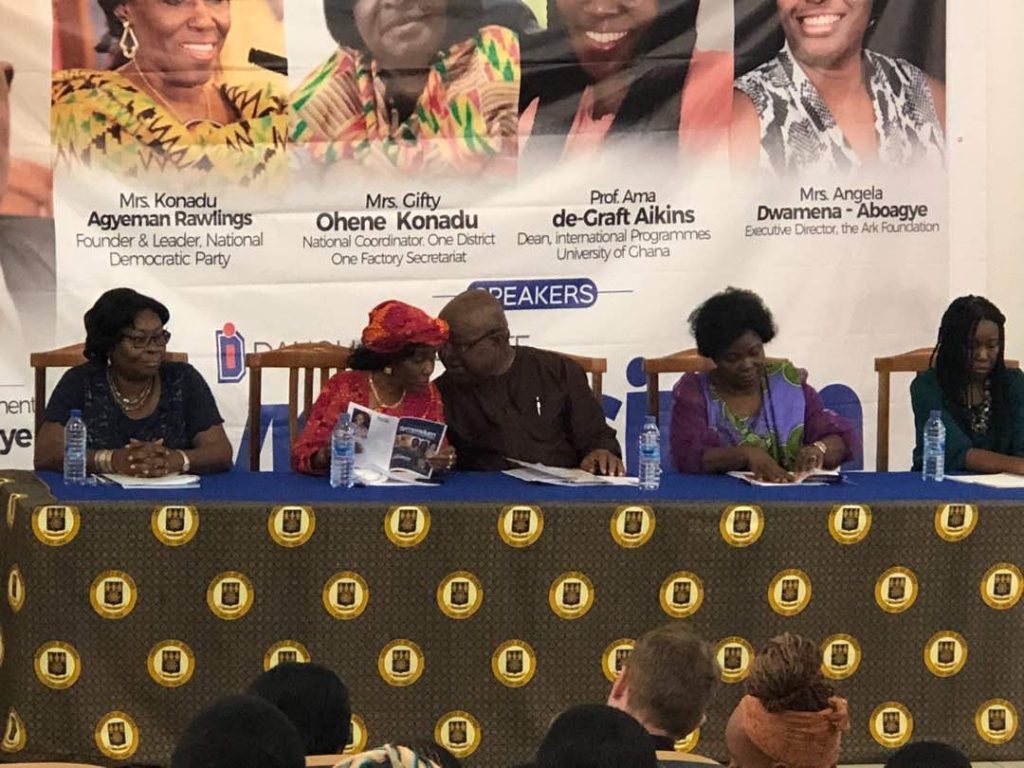 Queen mothers are noted as advisers to chiefs and kingmakers in some cases, so Nana Konadu questioned further why “they [the Queen-mothers] are not in the halls of real power?”

On this premise, she said the House of Chiefs should be named the “House of Chiefs and Queen-mothers” because there was a clear gender imbalance “that did not originate from our culture at all.”

What the constitution says

The relevant section says “…unless the context otherwise requires, ‘chief’ means a person, who, hailing from the appropriate family and lineage, has been validly nominated, elected or selected and enstooled, enskinned or installed as a chief or queen-mother in accordance with the relevant customary law and usage.”

Nana Konadu has been championing women’s issues and gender equality in the public eye for over 30 years.

She notably founded the 31st December Women’s Movement in 1982 after her husband, Flt Lt Jerry Rawlings seized power in a coup on December 31, 1981.

Nana Konadu also played a crucial role in the adoption of the Intestate Succession Law allowing women to inherit from the husband despite the absence of a will.

Traditionally, women had little or no rights of inheritance upon the death of their husbands.