Former President Jerry John Rawlings has said that citizens must help the government fight corruption as government alone cannot succeed in doing so.

Flt Lt Rawlings stated that, “the current government owes its own survival to the anti-corruption crusade,” explaining that some administrations who found the integrity level of the Provisional National Defence Council (PNDC) too high and intimidating made it a point to corrupt some of “our national institutions in order to survive.”

Rawlings made the remark when he received a delegation of political leaders from Sierra Leone led by former Vice-President, Chief Sam-Sumana on Sunday.

He noted that, governments that fail to punish corrupt officials provide a favourable climate for the crime to thrive. 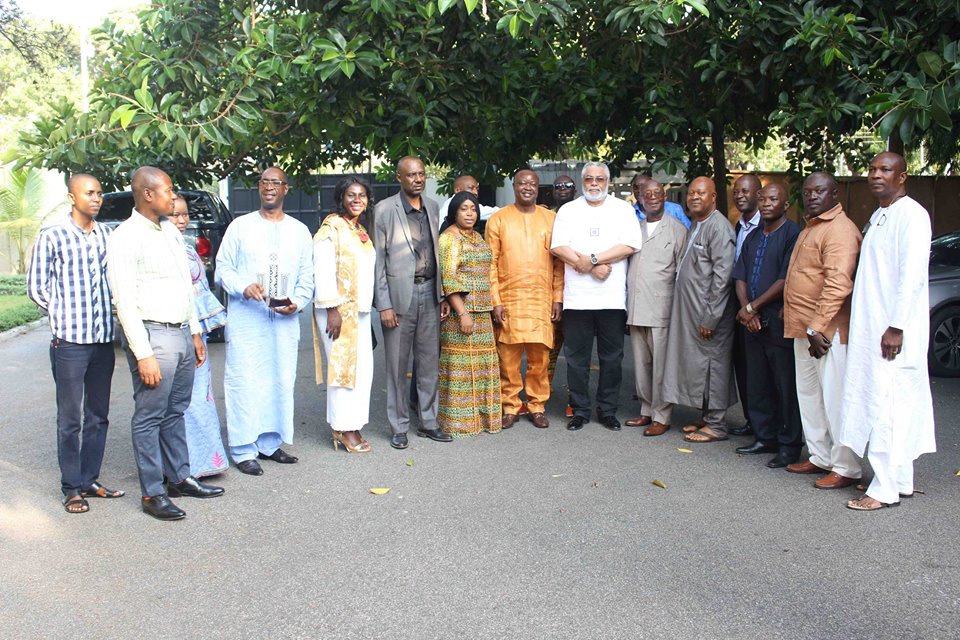 Former President Rawlings told his guests that the revolution brought the best out of the people.

He recalled several efforts supported by Western powers to derail the process, including the deportation of one million Ghanaians from Nigeria under Shehu Shagari’s administration.

“The expectation was that, the revolution would have to be collapsed in order for Shagari to survive. Unfortunately, the revolution survived and Shagari had to go, unseated by General Buhari who seemed slightly out of touch with the prevailing political climate and subsequently had to be unseated by General Babangida. We survived because the people felt they owned the process,” former President Rawlings said.

Chief Sam-Sumana, who was dismissed under controversial circumstances in 2015, informed the former President that his delegation comprised leaders drawn from several political groups in Sierra Leone and the diaspora, who had decided to come together as a coalition to contest the country’s next election.

The former Vice-President said the group recognized President Rawlings’ ideals and desire to see a better Africa, describing him as a man who served as the foundation for the renewed development of Ghana after the demise of Dr. Kwame Nkrumah.

“We look up to you as a role model because of the peace and stability you brought not only to Ghana, but to Sierra Leone and Liberia during your tenure as Head of State,” Chief Sam-Sumana said.