North Korea says it has successfully tested a new type of intercontinental ballistic missile that can reach the whole of the continental United States.

State television claimed that Pyongyang had now achieved its mission of becoming a nuclear state.

The Hwasong-15 missile, which it said was its “most powerful”, was launched in darkness early on Wednesday.

The projectile, fired at a steep incline, did not fly over Japan as some have done in the past, and landed about 250km short of its northern coast, according to Japanese officials.

KCNA added that North Korean leader Kim Jong-un, who personally signed off on the launch, “declared with pride that now we have finally realised the great historic cause of completing the state nuclear force, the cause of building a rocket power”.

The report said that “as a responsible nuclear power and a peace-loving state”, North Korea would “make every possible effort to serve the noble purpose of defending peace and stability of the world”.

It said its weapons, meant as a defence against “the US imperialists’ nuclear blackmail policy”, would “not pose any threat to any country” as long as North Korean interests were not infringed upon.

“This is our solemn declaration.” 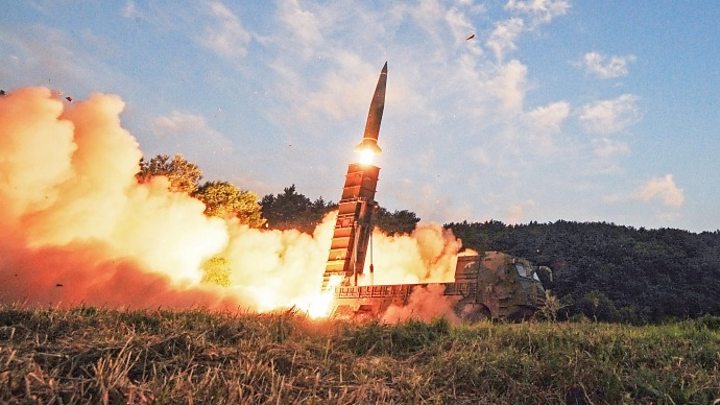 Could its missile really reach the US?

An analysis by the US-based Union of Concerned Scientists found that the missile could have travelled more than 13,000km if it was on a standard trajectory, thus reaching “any part of the continental United States”.

But it added it seemed likely that the missile had a very light mock warhead – which meant that it could be incapable of carrying a nuclear payload, which is much heavier, for that distance.

North Korea however claims that the Hwasong-15 could reach mainland US carrying a “super-large heavy warhead”.

How is the world reacting?

The test has prompted swift international condemnation. The UN Security Council is due to convene an emergency session to discuss the latest test.

The launch is just the latest in a series of weapons tests that have raised tensions to unprecedented levels. Pyongyang last launched a ballistic missile in September, the same month it conducted its sixth nuclear test.

North Korea has continued to develop its nuclear and missile programme despite this global condemnation and sanctions.

Prior to North Korea’s statement, US defence secretary James Mattis said the missile launch “went higher, frankly, than any previous shots they have taken”, and said North Korea poses a worldwide threat. 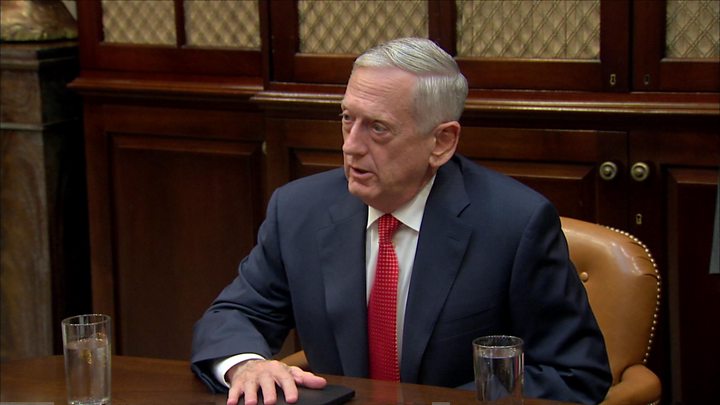 US President Donald Trump was briefed while the missile was still in the air, the White House said. Afterwards he said: “We will take care of it.”

Japan and South Korea have condemned the test, with the South launching its own missile test in response.