The National Petroleum Authority (NPA), is frustrated by what it has discovered to be massive diversions of pre-mix fuel loaded from the Tema Oil Refinery [TOR].

This comes at a time when the country’s fishing industry is on the brink of collapse due to numerous challenges including the lack premix fuel and the high cost of the product.

[contextly_sidebar id=”vxYmBmk8D2OLXNnB8exvwu8xnxj39M0r”]Citi News gathered that in January 2017 for instance, premix fuel consignments loaded from the Tema Oil Refinery, were not delivered to the intended destinations indicated on the invoices and Returns of the Oil Marketing Companies, OMCs.

A document sighted by the Citi News from the National Petroleum Authority (NPA) indicated that, there were 12 major diversions of pre-mix fuel in January alone. 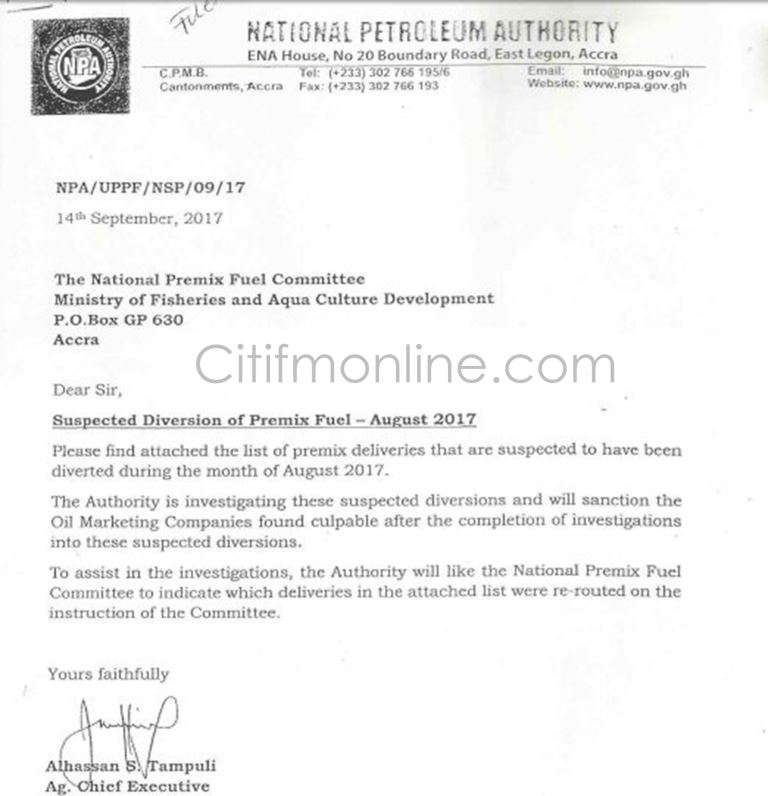 In all instances, although the product was documented to be bound for the Volta Region, they ended up in Accra, according to information obtained by the NPA’s BRV Tracking System and Returns.

Although the NPA identified the challenge, very little seem to have been done to arrest the situation.

Citi News has sighted series of letters from the NPA to the National Pre-mix committee informing it about the development between February and October, but no action had been taken. 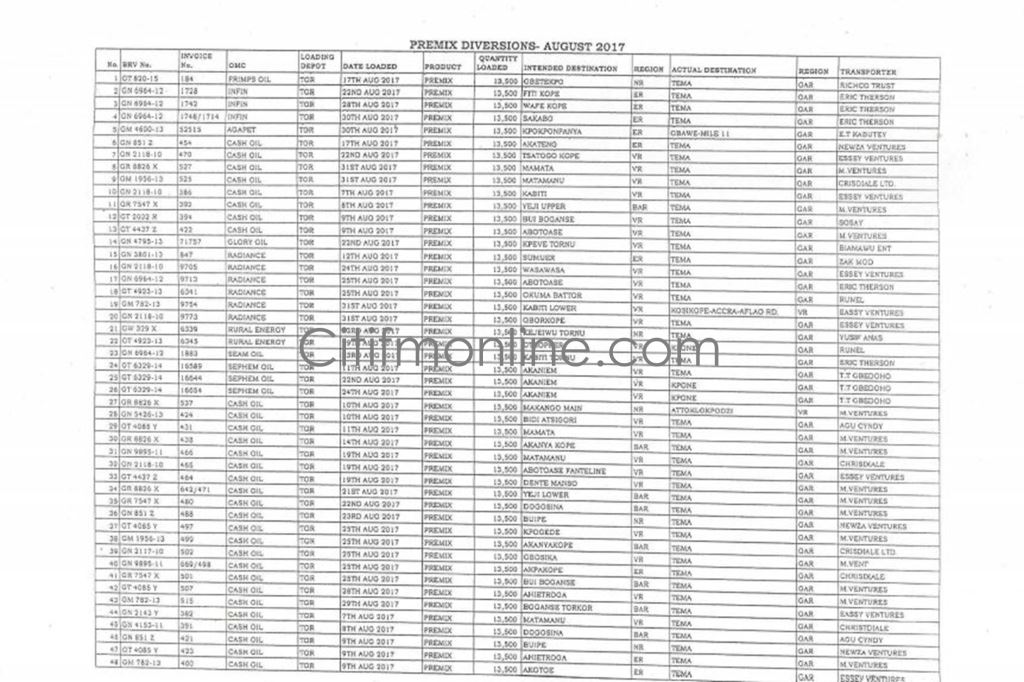 In one of the letters, the NPA said, “it was also noted that officials of the Landing Beach Committees (LBCs) of these intended destinations have signed and stamped the National Petroleum Authority (NPA) Fuel Delivery forms as having received the product. This constitutes a misrepresentation of the facts of the deliveries to the UPPF. In view of this, the UFFP SEcretariate has rejected all freight claims in respect of the these suspected diversions.”

The country’s fishing industry is almost crippled due to reasons including the lack of pre-mix fuel. In July 2017, fisher-folk experienced a massive shortage of pre-mix fuel as the fishing season reached its peak.

This affected the country’s fish supply, allowing excess importation of fish and fish products from other countries.