The Comptroller-General of Immigration (CGI), Kwame Asuah Takyi, has indicated his readiness to work with all officers to promote good governance within the Service.

He made the remark while addressing a durbar of Senior Officers at the Service’s Headquarters in Accra on Wednesday.

The CGI said he would encourage strong administrative structures and undertake governance roles that include fair and equitable distribution of resources, and strengthening of the human resource base that would help achieve the goals of the Service. 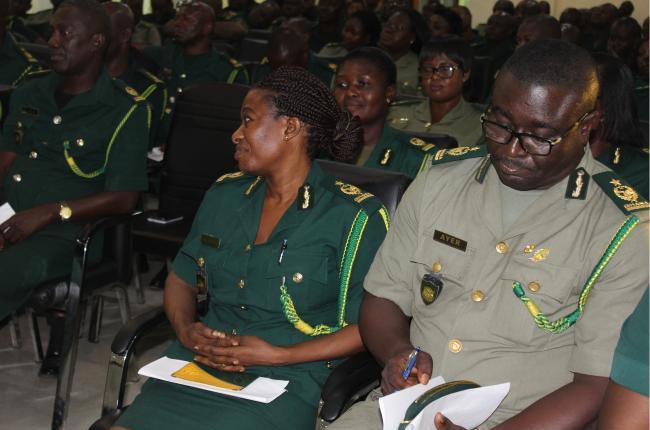 He also assured them that all anomalies in the promotion of personnel, would be corrected, and that there would no longer be undue delays, stressing that “I will fix the human resource problems.”

Asuah Takyi reiterated his commitment to building the capacity of personnel, and intimated that, unfairness, inequality, and injustices, would be a thing of the past under his leadership. 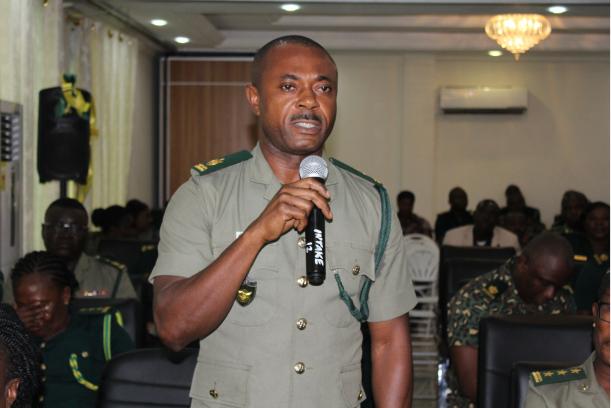 He urged the Senior Officers to take charge of their command and control roles, and be accountable as well as remain transparent in their dealings.

He admonished the personnel to use in-house procedures to seek redress, and not to take to the media issues of the Service, adding that, it would only mar the image and hard-won reputation of the Service.

He reminded them that his door and that of his three Deputies were open to address pertinent issues of personnel.

The CGI congratulated all Senior Officers who were recently promoted, and called for responsible leadership and their active involvement in building a strong institution.