Health officials in the Ashanti Region have intensified campaigns aimed at eliminating preterm deaths in hospitals across the region and the country as a whole.

Preterm birth, also known as premature birth, is the birth of a baby at fewer than 37 weeks gestational age. These babies are known as preemies or premmies.

Symptoms of preterm labor include uterine contractions which occur more often than every ten minutes or the leaking of fluid from the vagina.

Preterm birth complications are the leading cause of death among children under 5 years of age, responsible for approximately 1 million deaths in 2015, according to the World Health Organisation.

The officials say they are worried about the rate of deaths among preterm babies.

They have therefore stepped up education and community engagement, to meet a target of 60 percent reduction in under-five deaths.

This was revealed at an event to mark this year’s World Prematurity Day which falls on 17th November every year.

This year’s celebration, which was under the theme, “Let them thrive: Respectful care for the smallest” was observed at the Ashanti Regional Directorate of the Ghana Health Service (GHS) in Kumasi.

128,000 babies are delivered too soon each year in Ghana. About 8, 260 children under age five also die due to direct preterm complications. 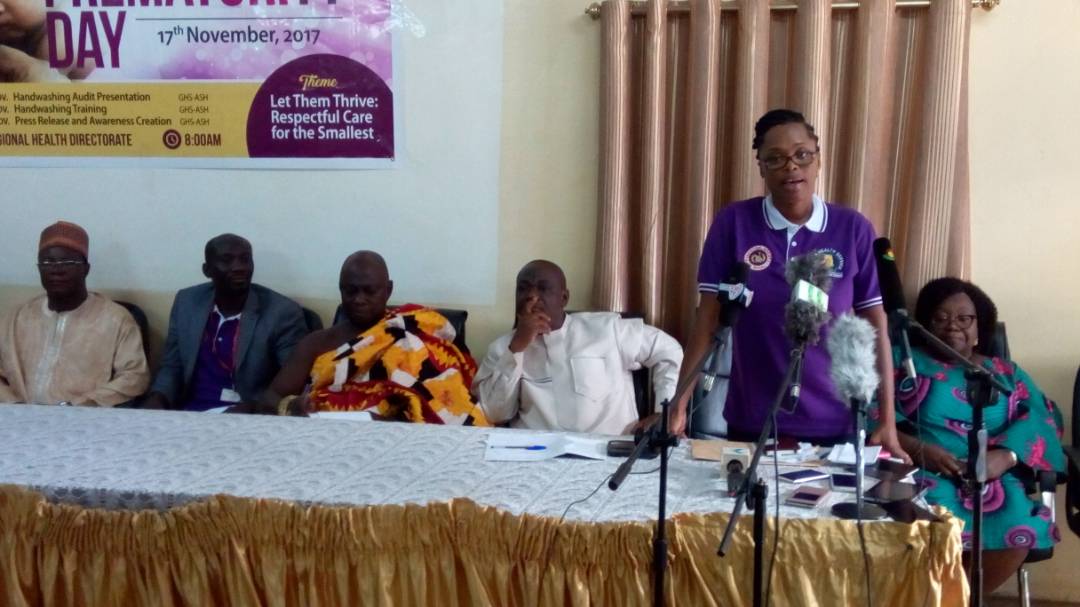 The statistics according to health workers, is staggering, since preterm represents a global public health burden, especially in developing countries.

“It is our prayer that as we celebrate this day, and as we create this awareness, we will have the support for our communities to establish more Kangaroo Mother Care facilities for our hospitals as well.”

She said efforts are being made to educate community members on the Kangaroo Mother Care (KCM).

He also called on the media to intensify its advocacy to help the Ghana Health Service prevent newborn deaths in the country.

A team of newborn champions also embarked on a float as part of the celebration to educate residents in the Kumasi metropolis on ways to prevent newborn deaths.