The government has officially launched an ambitious plan to reclaim 18 illegal mining sites in Kyebi in the Eastern Region.

The exercise dubbed, Kyebi Reclamation Project, according to the Lands and Natural Resources Minister, John Peter Amewu, is in two phases, and will be replicated at illegal mining sites across the country.

[contextly_sidebar id=”5UNuo5mbHZskRS5oslUi6d8Z45gwzBrn”]The Kyebi Reclamation Project is a collaboration between the Lands Ministry, Ministry of Environment, Science, Technology and Innovation, Local Government, as well as other Ministries, constituting the Ministerial Task-force against illegal mining, the Okyehene Foundation, the Rebecca Akufo-Addo Foundation and Richie Foundation.

The government early this year, began a pilot reclamation exercise at some mining sites in Kyebi and the Prestea area in the Eastern and Western Regions respectively.

Data from the Lands Ministry indicates that, an estimated 1.5 percent of the country’s land surface has allegedly been degraded by illegal mining and other bad environmental activities.

Speaking at the official launch of the Nationwide Project at Kyebi on Friday, Lands and Natural Resources Minister, John Peter Amewu, said in Kyebi alone, eighteen sites have been earmarked for the exercise.

He added that, for the implementation of the nationwide project,  his ministry will establish  Reclamation Fund.

“The first estimate that was done from the environment was quite scary; just imagine a minimal 4% of the earth surface is being degraded and it is causing an average of GHc 60,000 per hectare to restore. If you multiply that by the area, it will be taking billions of dollars. The estimate done from the environment was quite realistic, but we cannot as a country accept that, because that is far higher than our GDP as a country, but we cannot say we will sit down and do nothing, so the president has directed that the reclamation will take place.” 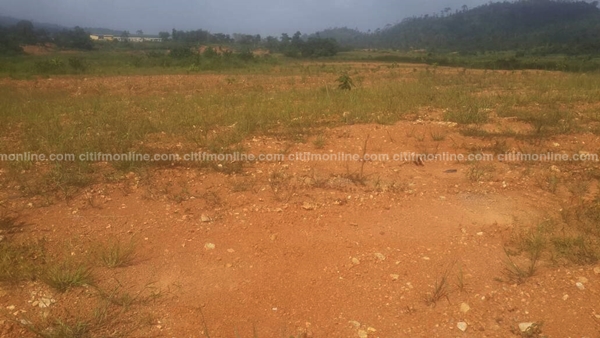 He added that “When we finally sanitize the system and allow the small scale miners to start working, we will ask them to put in place some form of reclamation bond, which was discussed earlier, now that work will be negotiated with small-scale miners. We are seeking support from anyone who cares about the environment. A reclamation fund will be launched, we have had some support from the Australian high commission, the Chinese embassy is on board, the Canadian High Commission and a letter came from the DIFID. A lot of institutions are prepared to help address this environmental issue; we are looking for funding from the World Bank too” he noted.

Mr. Amewu said “Currently, there is a framework of joint action between Ghana and Ivory Coast, and the princes of Wale; they are trying to support this course, for a sustainable unit of the environment. We cannot get all the money but we will look all over, to get some money to start something, the government is already constrained in terms of the money involved he reiterated.

Osagyefuo Amoatia Ofori Panin, the Okyehene and President of the Eastern Regional House of Chiefs, who lauded the initiative commended the Akufo-Addo led government for such a move.

Trump and Putin ‘agree to defeat IS in Syria’