Ghanaians asked to forward complaints on maltreatment by Embassies

The Foreign Affairs Committee of Parliament has called on Ghanaians who have been treated badly at various foreign missions in the country to share their experiences with the Committee investigating such issues.

The Chairman of the Committee, Frank Annor Dompreh, said that hearing from the victims of the alleged maltreatment at the Embassies will enable them to properly assess the situation in order to find a lasting solution to the problem.

[contextly_sidebar id=”0XaXMmDMrV7BpaOJrt6C8UMvzg3MPqeC”]”We urge the Ghanaian public to come forth with memos, inputs and views, and come and share experiences with the Committee. Written memos could be routed through the clerk of Parliament. We have a period from now to the 8th of December to receive the memos and inputs, and then we’ll go ahead and meet the general public for them to share their experiences for us to know what they have gone through,” he told Citi News.

He however added that, the Embassies and High Commissions which are singled out in the complaints from the public will also be invited to respond to the allegations.

“It’s not going to be lopsided, we’re also going to speak to these foreign missions and the Ambassadors and High Commissioners concerned. It’s not an attempt to tarnish their image. We believe in their sovereignty and the sovereignty of our country too, and we believe that they need us to survive just as we need them. But we think that where there are genuine reasons, we need to investigate them and come to the bottom of it.”

Concerns have been raised that a probe into the activities of the foreign missions might put a strain on the relationship between those nations and Ghana.

While acknowledging that a number of Embassies in the country operate properly, Frank Annor Dompreh insisted that, it was imperative for Parliament to look into the matter in order to prevent further mistreatment of Ghanaians in their quest to secure visas for their travels.

He added that Parliament did not intend to jeopardize Ghana’s relations with the foreign missions.

“A number of [the Embassies] are also executing what they have to execute and we respect those who are doing well. But there are instances where we think they have gone beyond board and we have to zero in on them and get this resolved. Ghana has wonderful relationships with these countries, this is not an attempt to undermine or jeopardize it,” he said.

“We’re trying to level the playing field and ensure that the Ghanaian is treated with some dignity.  We believe that we’ll get the maximum cooperation from our foreign missions and partners so that all of us can get together and get to the bottom of this matter once and for all.” 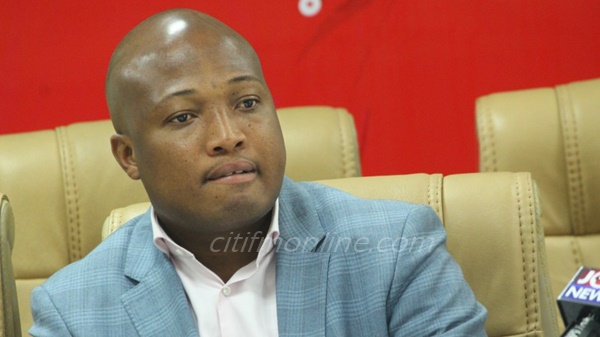 Poor treatment of Ghanaians in embassies must stop

The issue came under the spotlight after some minority members of Parliament called on government to hold foreign missions accountable over reports of inhumane treatment meted out to Ghanaians.

Without singling out any particular embassy, the Minority Spokesperson on Foreign Affairs, Samuel Okudzeto Ablakwa, noted that the situation could affect diplomatic relations with Ghana if not checked.

Making a statement on the floor of Parliament, the North Tongu MP said: “the blot I speak of is the shabby and dehumanizing treatment sometimes meted out to many Ghanaian applicants virtually on a daily basis.”

He added that “there is also what many Ghanaian visa applicants consider to be extortionist conduct on the part of some of these embassies.”

Mr. Ablakwa noted that, most embassies have made “no provision for a decent and safe waiting area where visa applicants may be hosted as they wait their turn during visa interview appointments.”

The calls from the MPs prompted the Speaker, Prof. Mike Oquaye, to direct the Foreign Affairs Committee of Parliament to immediately investigate claims that Ghanaians are being maltreated at some foreign missions in the country.

He directed the Foreign Affairs Committee to meet and deliberate on the issue, and visit some of the embassies

“Parliament’s Committee on Foreign Affairs shall meet and deliberate on this matter through investigation and interrogation; and armed with a letter from the Speaker’s Office, they shall visit relevant embassies and places, analyse the problem, where necessary with the cooperation of Embassy staff, and our own foreign office, but independent of it, and report back to the House,” the Speaker said.