Ghana Rugby ended 2017 on a high note when it received notice from its governing body, Rugby Afrique, that it has been promoted from the Africa Regional Challenge Division to the 2018 Rugby Africa Bronze Cup.

In the announcement letter to the President and Board Chairman of Ghana Rugby, Herbert Mensah,  the President of Rugby Afrique, Abdelaziz Bougja, stated that, the request for promotion by the Ghana Rugby Football Union (GRFU) had been positively received.

[contextly_sidebar id=”S8YHvjn4nESQS1gIvDqVqiYegg03f5ac”]Bougja said the promotion came as a result of the good performance of Ghana Rugby in the Regional Challenge 2017, and the new status of Ghana Rugby Union as a full member of World Rugby.

He also revealed that, the contributing factors for the promotion were the suspensions of both the Cameroon and Nigeria Rugby Unions, and the unlikelihood of a final of the Regional Challenge between Lesotho and Ghana Rugby Africa.

In a statement from Mensah in London, he said that he was grateful to the Exco of Rugby Afrique for recognizing the achievements and efforts of Ghana Rugby to help with the development of the game in Ghana, and indeed in the rest of Africa and the World.

In April-May 2017, Ghana successfully hosted and won the Rugby Afrique Regional Challenge West 1 between Benin, Ghana, Burkina Faso and Togo, in what was a memorable year for the country in the sport. 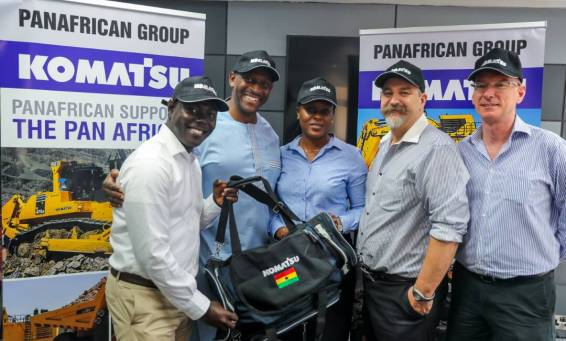 Immediately after the tournament, World Rugby awarded Ghana Rugby Full Membership that meant that the Union could for the first time apply for investment funds for development, and more importantly, be considered for tournaments that will lead to eventual qualifiers for World Rugby and other global competitions such as the Commonwealth Games and the Olympics.

In October 2017, Ghana was drawn to compete in the 2017 Africa Men’s Sevens Tournament in Kampala, and managed to get ranked for the first time on Rugby Afrique’s log.

The promotion to the Rugby Afrique Bronze Cup came on the eve of the opening matches of the 2017/18 Ghana Rugby Club Championship (GRCC), in October 2017 in Cape Coast. 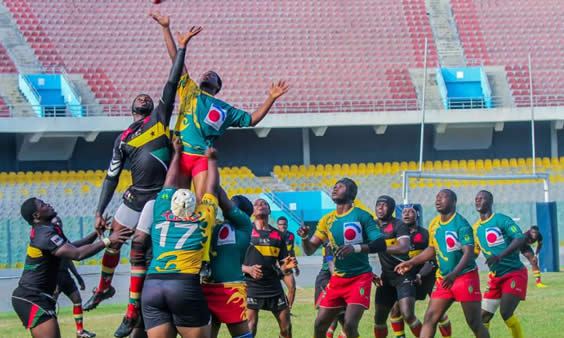 Mensah also expressed his appreciation to everybody who played a vital role in the memorable achievements of 2017.

“It is always a difficult task to say, thank you. Everybody who took part in Rugby in Ghana must be acknowledged and congratulated. First of all, my appreciation goes to the players, coaches, match officials and administrators who all sacrificed in many ways to make the last three years memorable.”

Mensah also acknowledged that the many volunteers and supporters who made contributions in kind or otherwise, are vital cogs in the machinery of Ghana Rugby. He also invited them to get even more involved in the years to come.

He said, “particular word of thanks must go to our sponsors who have made contributions in the spirit of unwavering faith that Ghana Rugby will make them and the country proud.”

“There are too many to mention, but I will neglect my duty if I don’t mention the following companies and individuals: World Rugby and Rugby Afrique, Olympic Solidarity and the Ghana Olympic Committee, Hayssam Fakhry of Interplast and Inesfly, Tim Callaghan of the Panafrican Group, Paul Kavanagh of the Golden Tulip Accra Hotel, the Gino Brands, eVerpure, Accra Breweries Limited, Paloma Hotel, our many media partners, and the individuals who made contributions from scarce resources in our many fundraising challenges.”

Mensah said that the memorable achievements would require even more support and more resources as Ghana Rugby intends to put in bids to host the continental 15s and 7s tournaments in 2018. 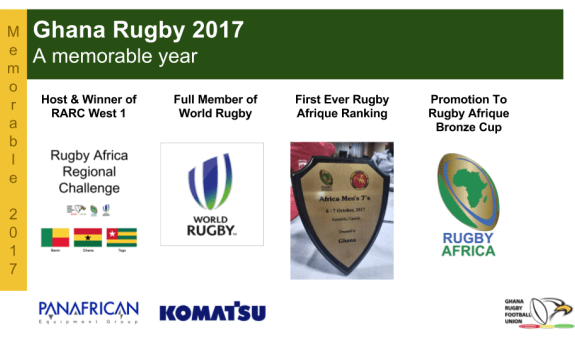 “Ghana Rugby’s achievements on international levels are Ghana’s achievements. We are representing the country, and we hope and pray that our governing bodies will also come forward and meet its commitments and promises to support us, and indeed other minority sports in 2018.”

Court to rule on Exton Cubic case in February 2018