The celebration of the winner of Citi FM’s Best Boss Promotion, Afua Nana Kyerewah Ababio, reached its final leg as her friends and colleagues from Royal Bank joined her for a party organised by Citi FM at the serene Peduase Valley Resort.

Afua, who is the Head of Private Banking at the Royal Bank, emerged winner out of about 50 entries that were received from employees of different companies nominating their bosses for the Best Boss Promo. 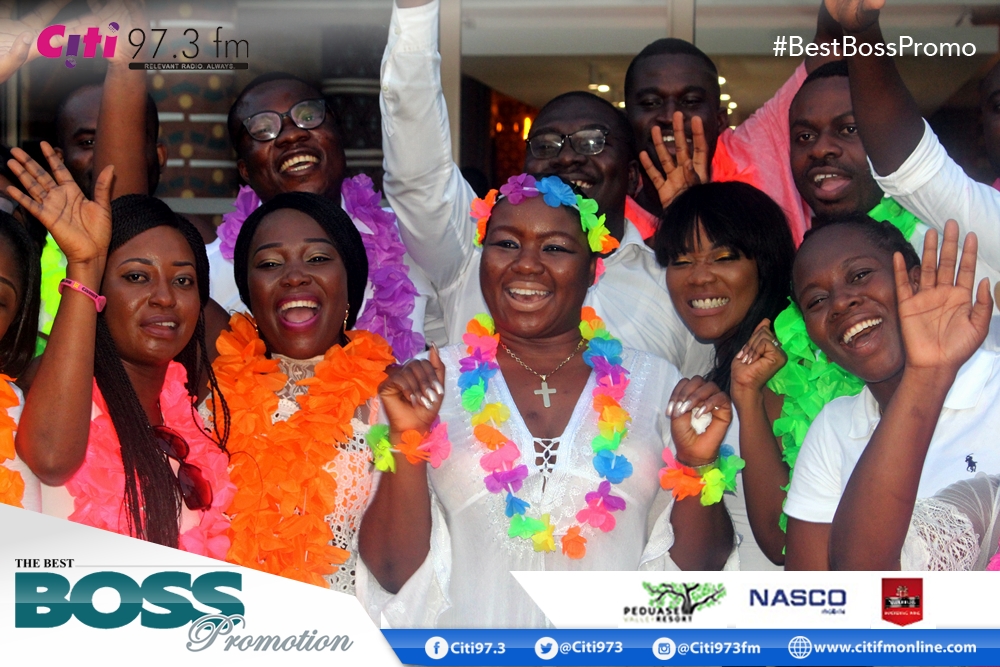 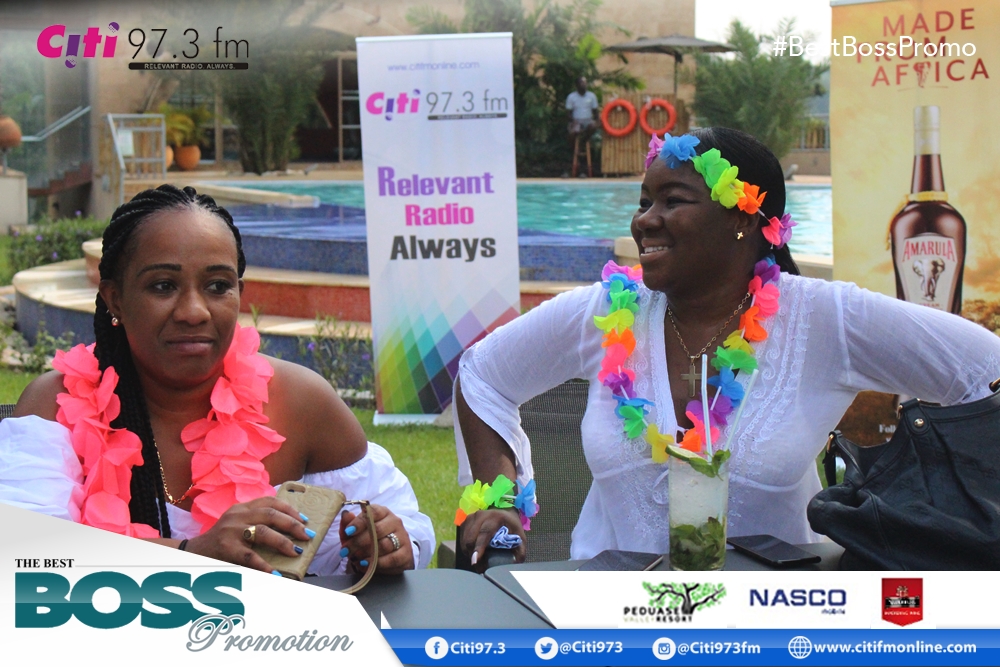 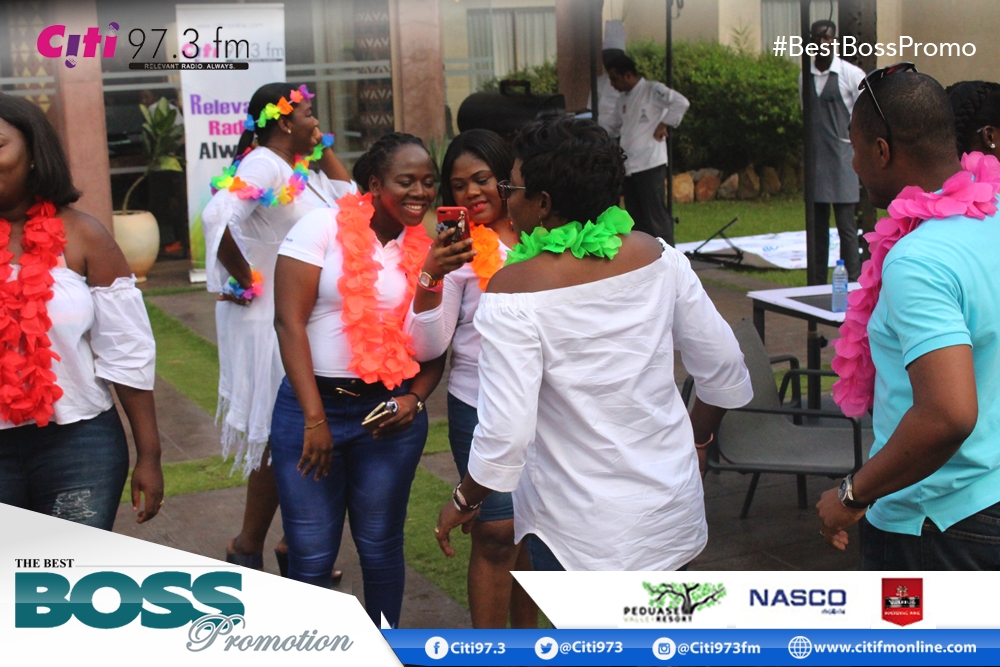 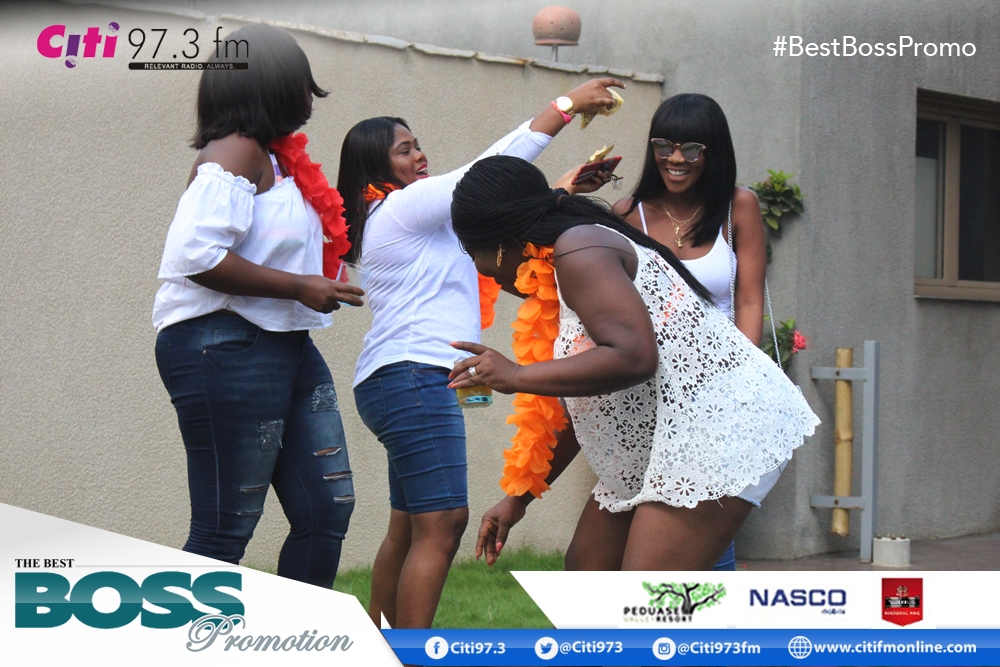 Afua’s colleagues were all beaming with smiles as they left their desk jobs behind them, and danced to music provided by Citi FM’s DJ Gadafi and a band providing live music. 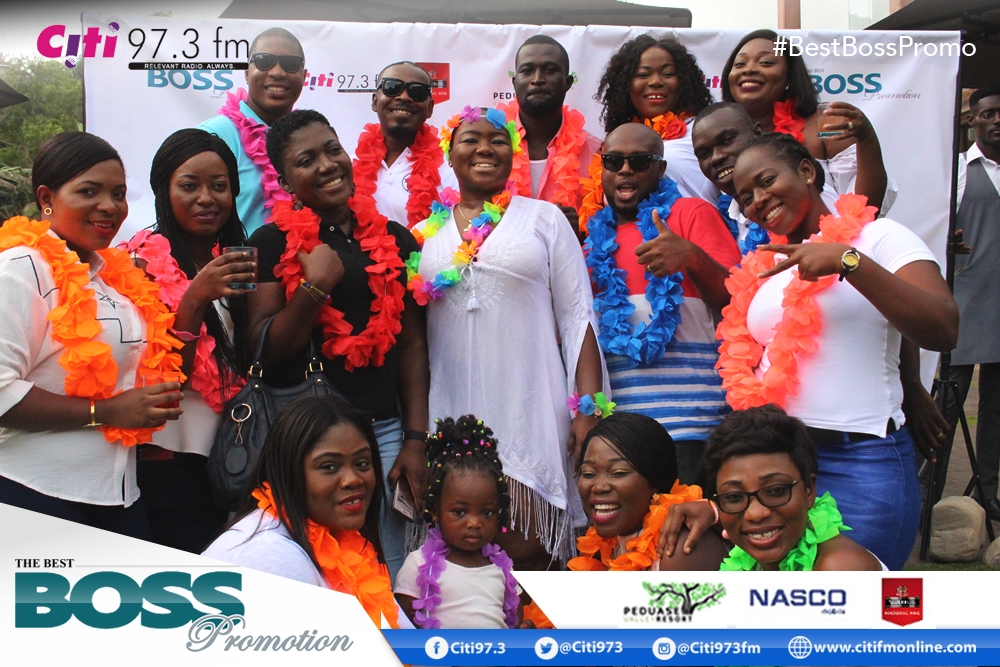 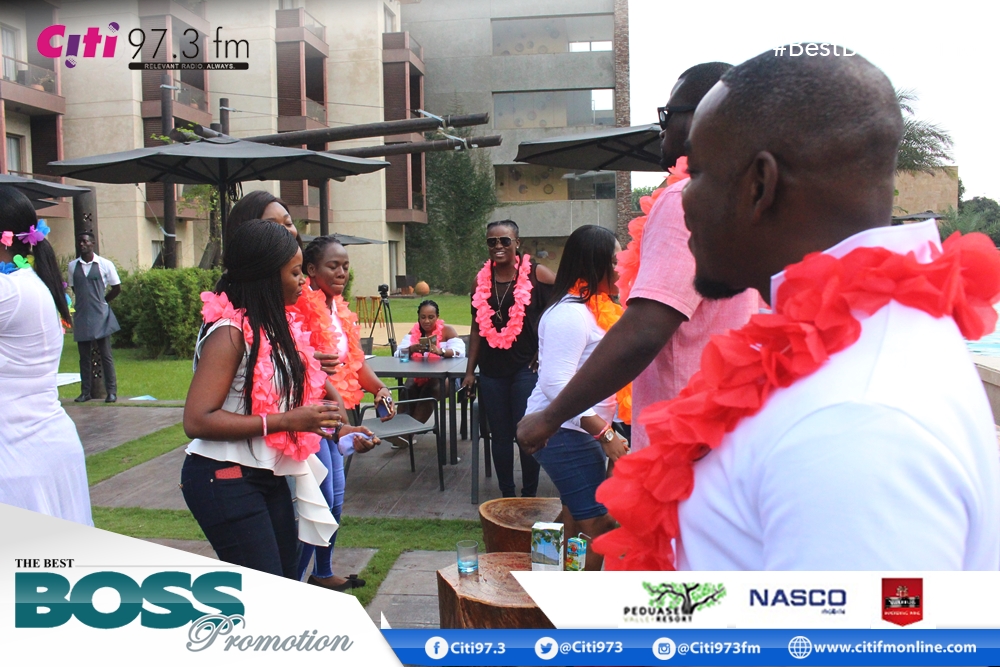 Afua and her friends were also treated to plush culinary delicacies at the resort’s restaurant ahead of  Karaoke session by the poolside.

Some Citi FM personalities, including Bernard Avle and Jessica Opare Saforo were on hand to add to the party atmosphere. 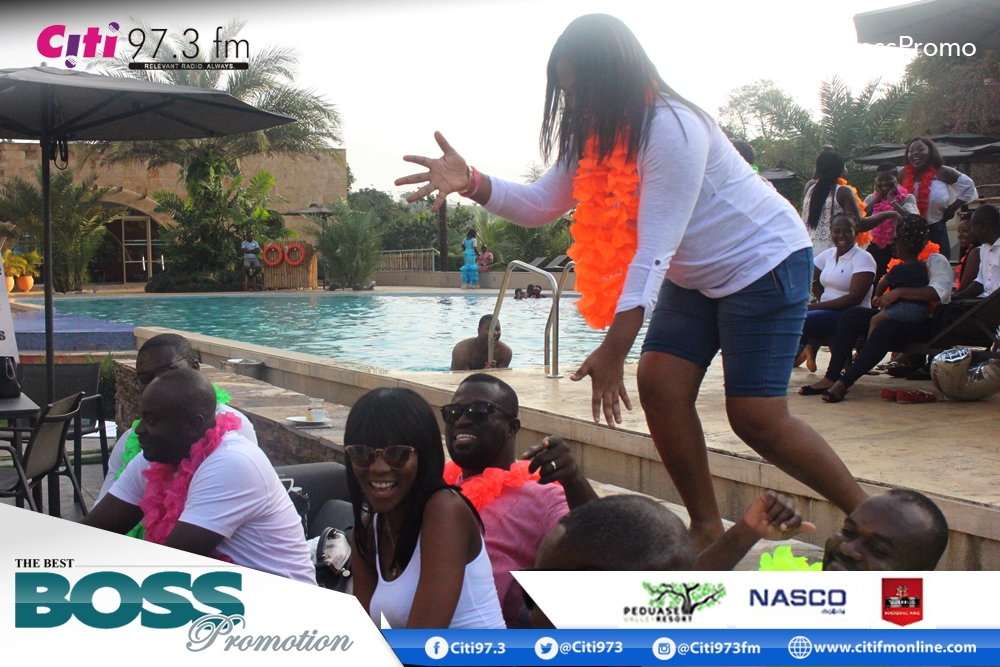 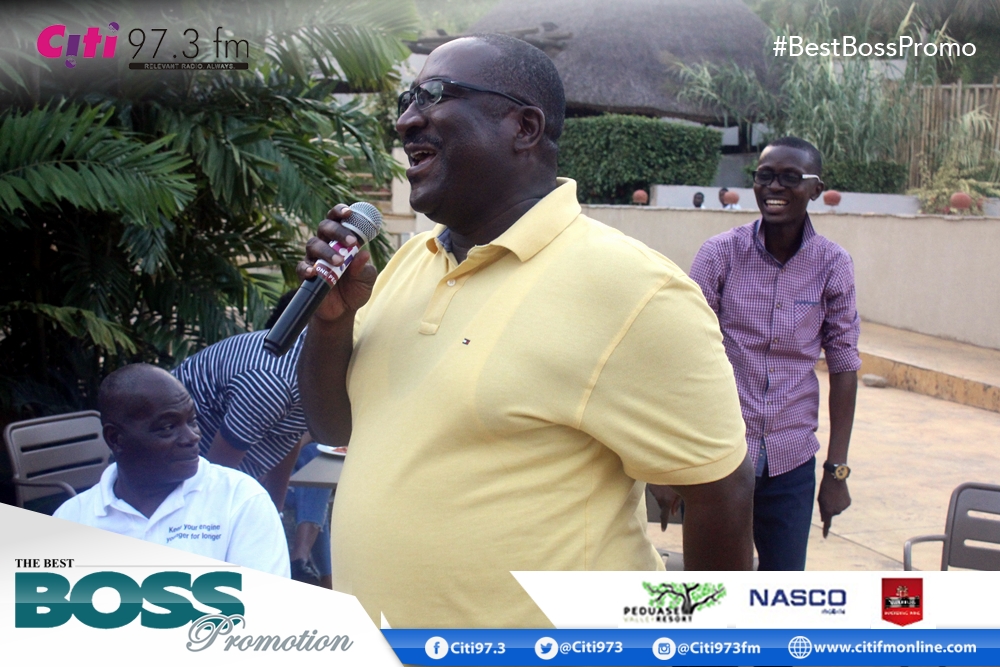 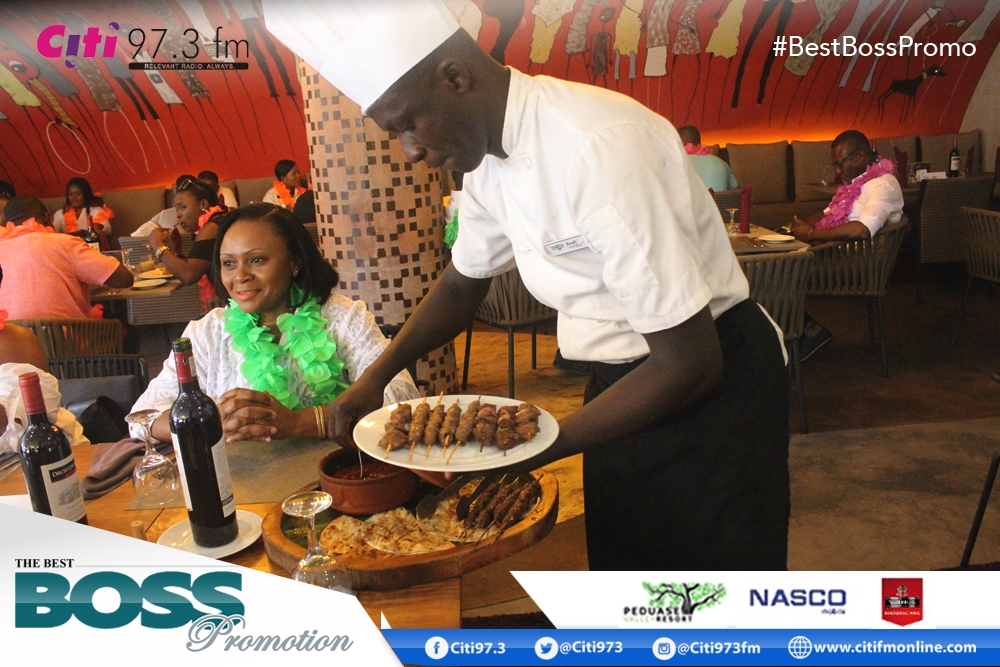 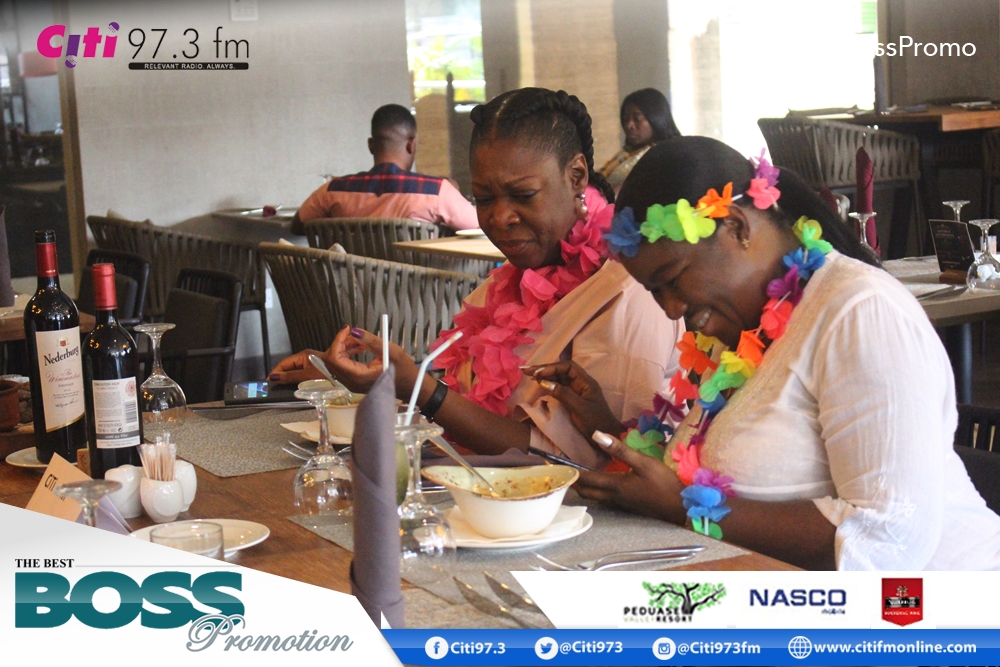 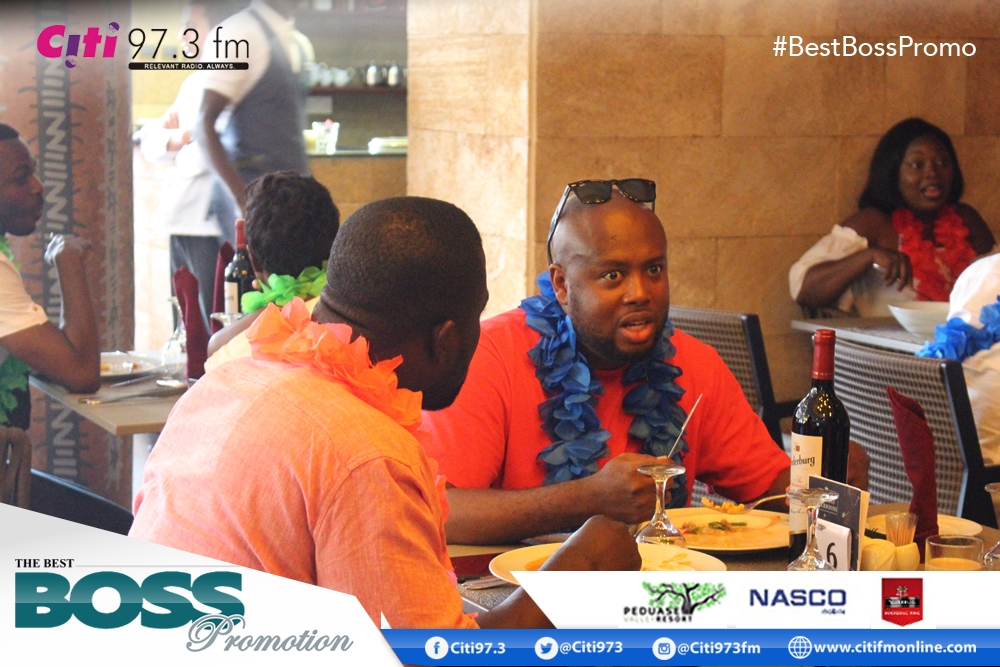 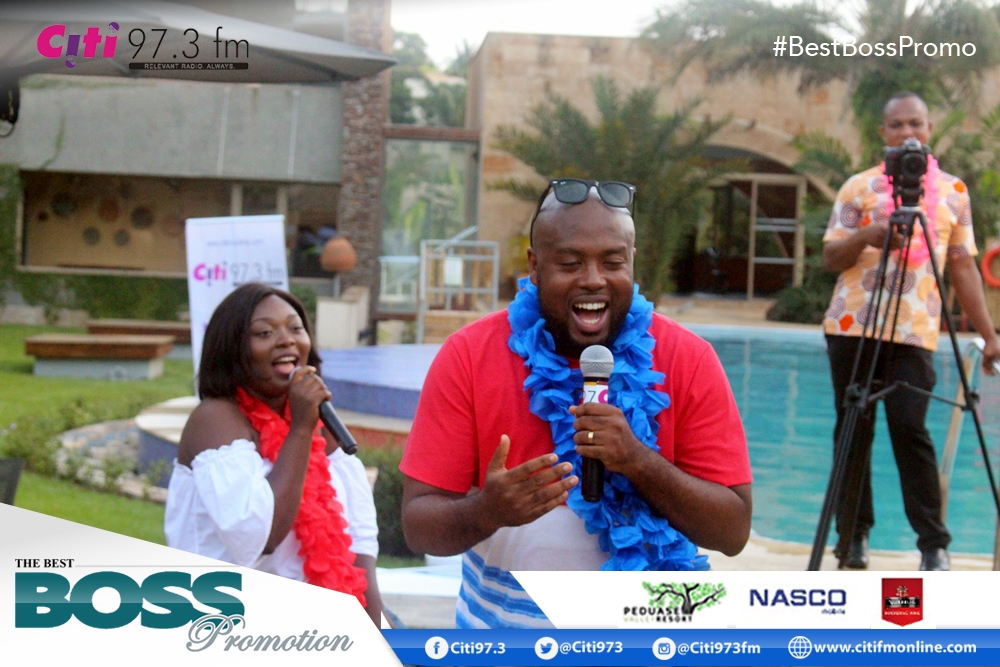 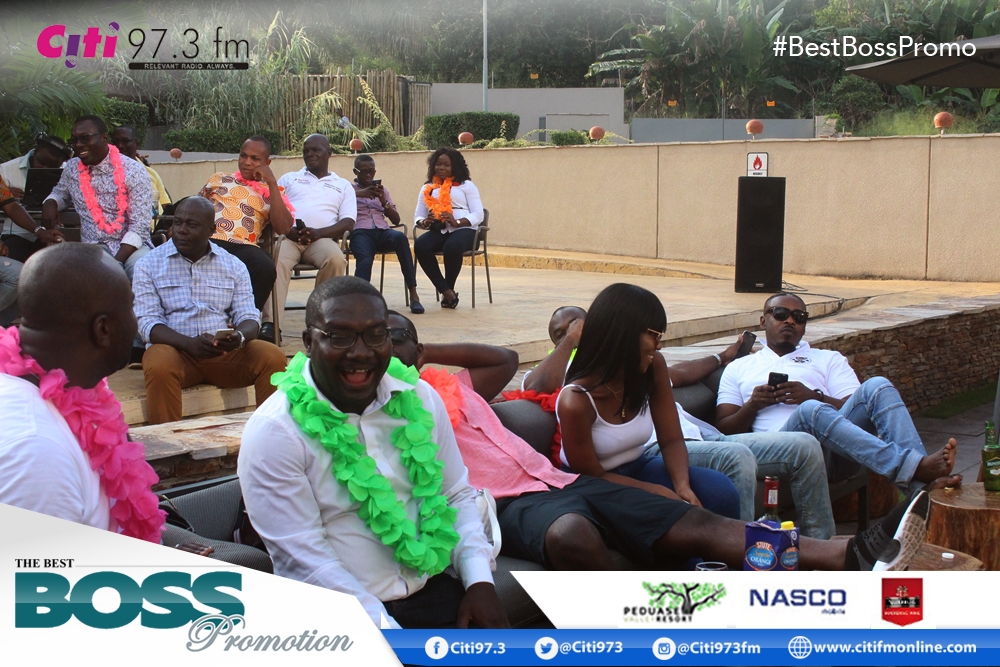 Listeners of Citi 97.3 FM were asked to send a write-up of not more than 100 words on why their bosses should be celebrated.

In addition to the write-up, the listeners were also asked to add their contact details, the boss’ position and the company’s name.

The station initiated ‘The Best Boss Promotion’ in celebration of the International Boss’ Day which was held on October 16, 2017.

The International Boss’ Day is set aside for employees to thank their bosses for being kind and fair throughout the year. The day was created for the purpose of strengthening the bond between employers and employees.

Afua Nana Kyerewah Ababio’s subordinate, who participated in the promotion, described her as “confident, affable, caring, and a generous boss.”

“My department is the most enviable, thanks to the sense of community she’s [Afua Nana Kyerewah Ababio] built in the department. She is our personal groomer. She knows how and when to appreciate and discipline” portions of the letter read.

The promotion, which ran for about two weeks, sought to honour one exceptional boss of a company.

Apart from Afua who won the ultimate prize in the promotion, four other bosses won assorted prizes from the sponsors on weekly basis.