Residents in Tamale may have good reason to question the competence of police in the Northern Region given that it only heard about the widely reported raid on the Northern Regional Secretariat of the School Feeding Programme Office by a New Patriotic Party-affiliated group only about two days ago.

The group, calling itself the Burma Camp Youth, has not shied away from the media claiming it locked up the offices on Monday, October 16, over what it called unfair allocation of schools in the region to caterers.

No complaints, no arrest

But no arrest has been made thus far, despite the brazen attack on a state institution, and the Northern Regional Police PRO, ASP Yussif Tanko, explained on Eyewitness News that, this was also because no official complaint had been made.

ASP Tanko stressed that, such an act should be considered lawless, but “as we speak now, nobody has reported any case, saying somebody has gone to the office, locked them out of the office and kept the keys in his pocket. We haven’t received any such complaint.”

Despite the coverage on Citi FM and other media outlets of the raid, ASP Tanko said: “you cannot [assume] that anybody in our regional command has listened into your network has heard what happened there.” 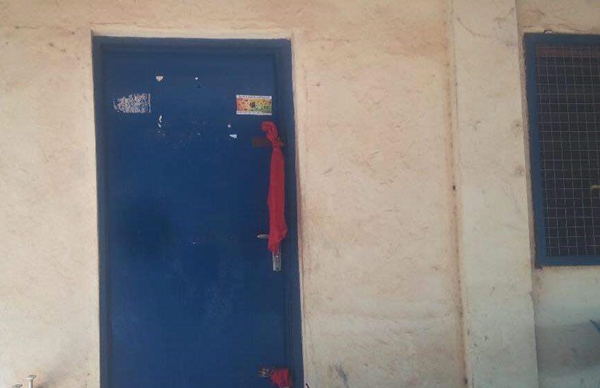 Staff should have reported incident

He further questioned why the staff of the school feeding offices had not made any report, saying “I wonder why you are not calling them and asking them why this thing has happened and they have failed to report the issue to the police.”

Investigations into the incident are yet to begin as in the meantime, ASP Tanko said what his outfit would do, is to “find out from authorities if such a thing [the raid] has happened.”

“…secondly, why they have not reported the matter to police. And if it is confirmed that it has happened, then we will ask them if they knew the person who did that and then we will take it from there,” he added.