The President of the Republic, Nana Addo Dankwa Akufo-Addo, has stated that for the 2017/2018 academic year, effective September, 2017, fifty-eight thousand health trainees, comprising nurses and midwives, will be paid their allowance of four hundred Ghana cedis (GH¢400.00) per person, for each of the ten months of the academic year.

The President was speaking at the Sunyani Nursing and Midwifery Training College on Tuesday, 10th September, at a ceremony to mark the restoration of the nursing and midwifery training allowances.

“Government will be spending a total of GH¢232,000,000 for this academic year. The E-Zwich platform will be used to effect payment, as it will ensure convenience, prompt payment, and accountability,” he said. 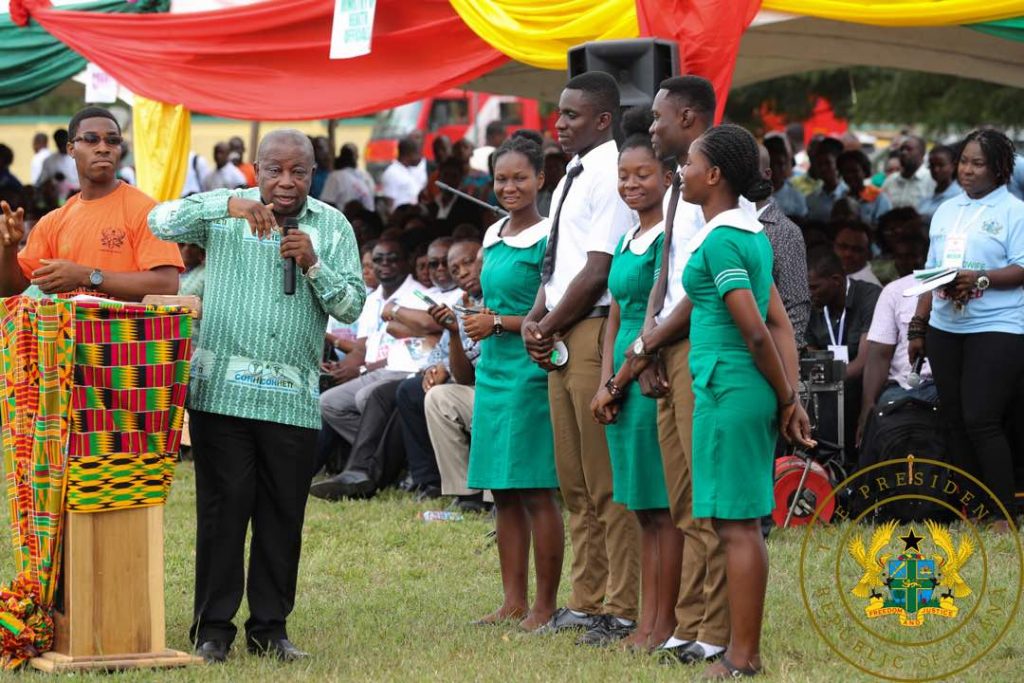 Nana Addo dismissed claims that the decision taken to restore the allowances, which was a main campaign promise of the New Patriotic Party (NPP), was mere political rhetoric, campaign talk, and added that wasn’t meant to deceive nursing trainees in order to get their votes.

According to President Akufo-Addo, “it was much more than that. We believed, and still believe, that Ghana needs all the nurses and healthcare workers she can get, if the nation is to have a solid, world-class healthcare system, and we think it necessary to provide the relevant incentives to make that possible.” 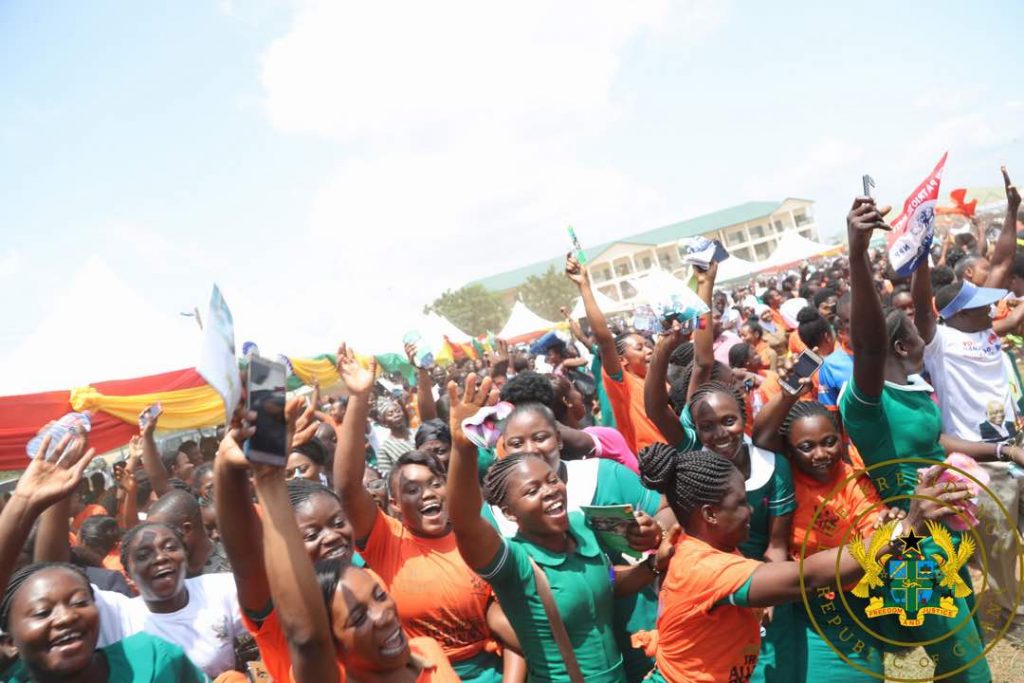 Bemoaning the cancellation of the allowances, in 2014, by the government of the former President John Dramani Mahama, President Akufo-Addo noted that, this singular action brought untold hardships to the thousands of nurses and midwives in the country, who depended on it for their studies and for their welfare.

The cancellation of the stipend, according to the President, had left many trainee nurses demotivated and demoralized. 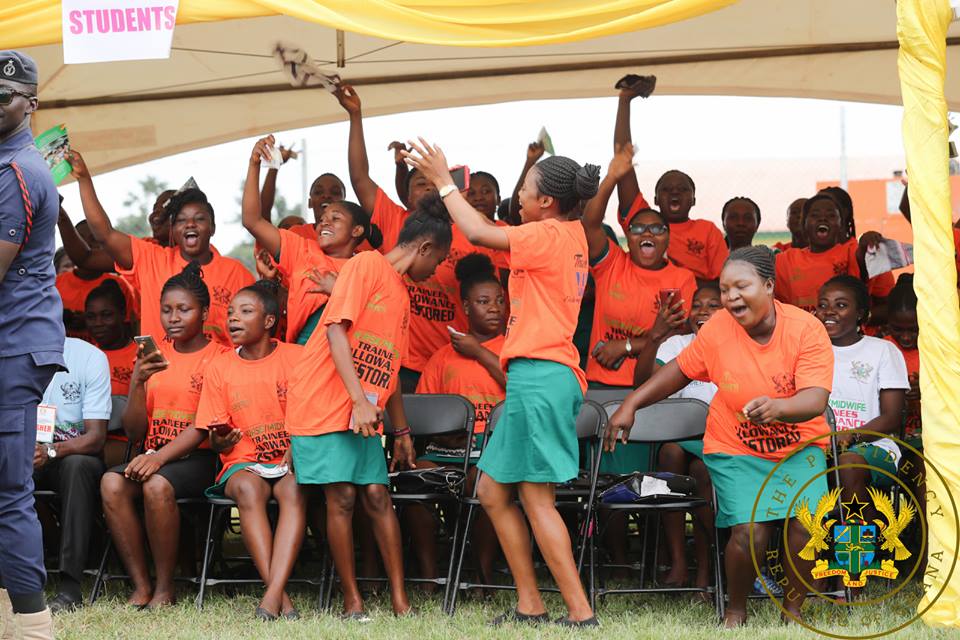 “The New Patriotic Party and I heard your cry, and assured you of the restoration of these allowances, if we won the election. By the grace of God, and by the generosity and trust of the Ghanaian people, I am here, today, as President of the Republic, ready to fulfill the pledge we made to you,” he said, to a rousing applause from the packed auditorium of the school.

The President continued, “To the professional cynics and skeptics, those who have made an industry out of constantly asking ‘is this policy sustainable?’, I wish to assure them that, with the proper management of our public finances, the nation’s budget can accommodate such an amount.”

The implementation of the Free SHS policy, on 12th September, 2017, he added, should be an indicator of the fact that leadership is about choices. 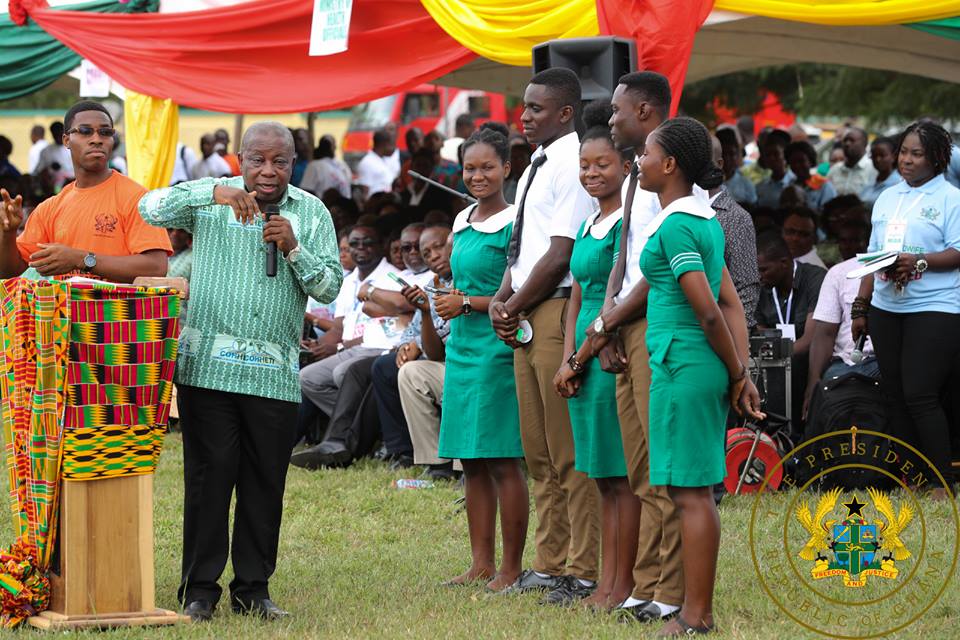 “I have chosen to invest in the education and in the future of our young men and women, and I will use the blessings the Almighty has so amply bestowed on us to this end,” he added.

The payment of the allowances, the President noted, would also not have been possible without the prudent management of the economy.

The President explained that, it is the judicious application of resources that is heralding the revival of the National Insurance Scheme (NHIS), which has led to the payment of GH¢560 million out of the GH¢1.2 billion debt inherited from the Mahama administration, which was strangling the NHIS.

Government, he added, is committed to paying the balance within the next 12 months, indicating that “in the meantime, payments to service providers in the NHIS are now current, with no arrears being built up.” 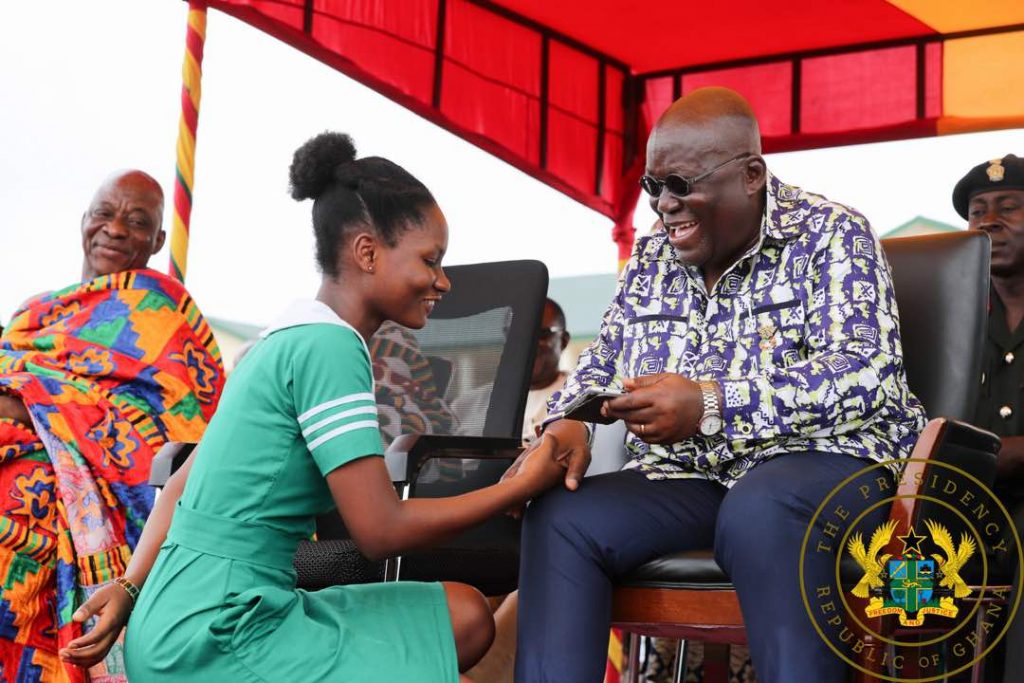 President Akufo-Addo added that, it is the work of Ministers like Hon. Kwaku Agyemang Manu, and the brilliant, resourceful Minister for Finance, Ken Ofori-Atta, that is restoring the health of our public finances, leaving rapidly behind us the era of corruption, incompetence, mismanagement and profligacy that sent us cap in hand to the International Monetary Fund (IMF) for relief.

“We are going to make our public finances robust again, so we can pay our way in the world, like any self-respecting nation should,” he added. 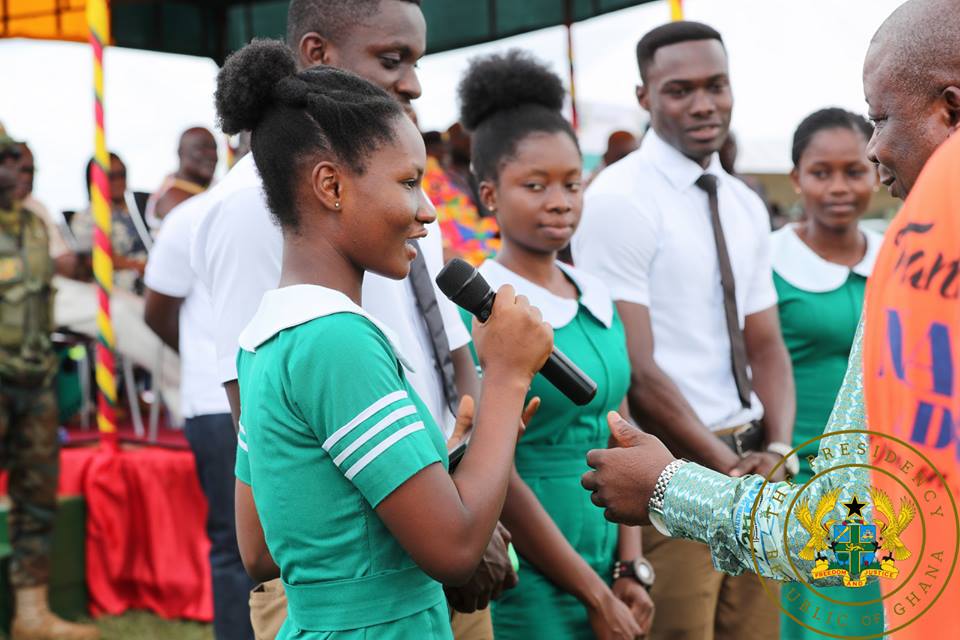 The President revealed that, within the short space of 9 months, Government has employed some 16,000 qualified young nurses and midwives and other health professionals, who, though qualified, had not found employment over the last few years.

Before the year ends, he assured further that additional nurses and midwives will be employed.

“Next year, we plan to employ even more healthcare workers. To your colleagues in private nursing and midwifery training institutions, who have been at home for a number of years, next year our healthcare institutions will begin recruiting them,” he added.

The aim of his government, he stressed, “is to banish the spectre of nurses, midwives and health assistants who are not posted after completion of their courses.”