Angry residents at Sawaba in the Asokore Mampong Municipality of the Ashanti Region, have threatened to block a dilapidated bridge that links the community to other areas of the region.

Residents have described the structure as a death trap, and blamed the Asokore Mampong Municipal Assembly (AMMA) of failing to heed consistent pleas to repair the bridge.

Parts of the bridge have collapsed, putting the lives of residents and other users at risk. Last week, two people fell off the bridge; with one dying instantly. 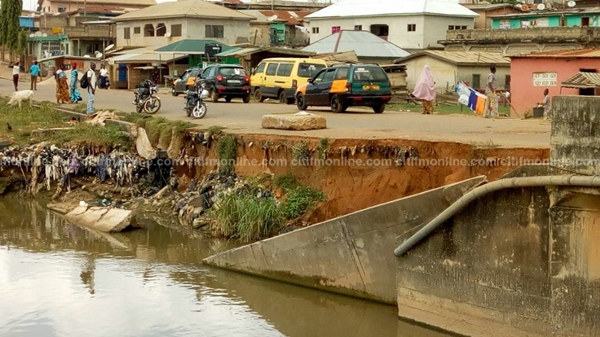 Some parts of Sawaba New Site flood with the slightest rain, due to the poor construction of drains in the area.

The sand that holds the three -Culvert Bridge and aids water flow has been washed away.

Residents who live close to the bridge are forced to remain indoors any time it rains until flood waters recede.

They are unhappy about the dangers the bridge poses to road users. 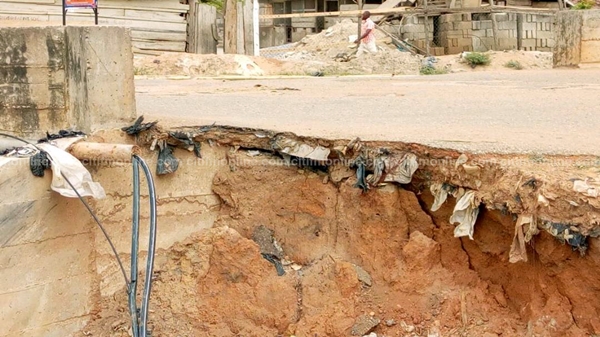 One of the residents said “Within a week, two people just fell into the drain. The first one died, even the Fire Service personnel came to take him to the morgue. If we continue appealing and nothing happens, we are going to protest to the authorities.”

Citi News’ checks at the site revealed that the condition of the bridge continues to worsen, exposing motorists and commuters to danger.

Deep cracks in the structure have forced the sand under the culverts to fall in, creating gullies under the bridge.

No warning signs have been erected to signal first time users of this bridge, some of whom are usually victims. 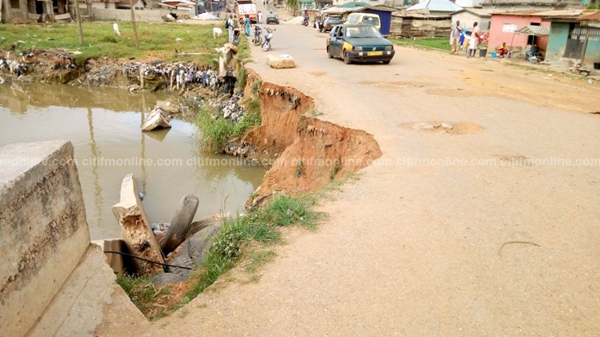 A few meters from the dilapidated bridge is a school, and this poses a great danger to pupils who have no option but to ply it daily.

They thus want government to come to their aid. Residents in the area fear more lives could be lost if the bridge is not properly constructed.