The National Democratic Congress (NDC), has officially announced that it has scrapped its biometric register, and will be returning to the manual process of registering members of the party.

The party had hinted of this move in recent months, with Greater Accra Regional Chairman of the party, Ade Coker, announcing the party’s intention during the party’s unity walk.

[contextly_sidebar id=”NkURVrpivXlbe7hvvjxY4rl1fPXG3Wlb”]Addressing the media on Tuesday, the party’s National Chairman, Kofi Portuphy, stated that the National Executive Committee had unanimously agreed to scrap the register as it was deemed not credible enough.

He also suggested that, recommendations made by the Kwesi Botchwey Committee, which was set up to probe NDC’s loss in the 2016 elections, had factored into the decision as well.

“In line with the wishes of the majority of the members of the National Democratic Congress, and in the wake of recommendations made by the election review committee chaired by Dr. Kwesi Botchwey, the National Executive Committee, which is the highest decision-making body after Congress, voted unanimously for the scrapping of the register which was used to conduct our internal elections last year,” Kofi Portuphy said.

“The register, which was meant to be a biometric one, did not meet the standards required to make it qualified to be a biometric register. NEC has decided that we should adopt a manual process of capturing the names of members at all branches nationwide.”

Portuphy stated that, the registration would take place “between November and December [of 2017]” which would be followed by “branch elections in the last week of January 2018” 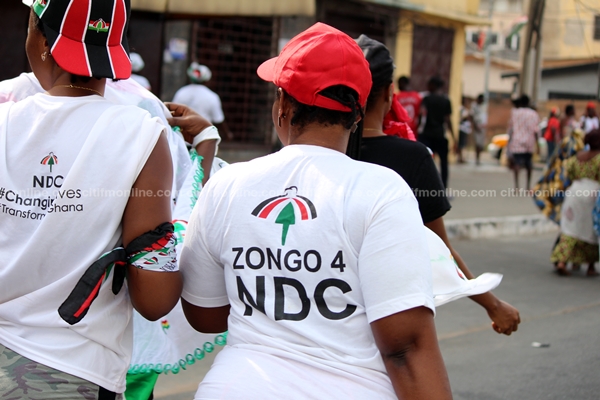 The NDC, prior to the election in 2016, commenced the registration of its members through a biometric system targeting to capture about 1.5 million members of the party.

Despite the fact that it was only put together in 2016, several members of the opposition party have blamed breaches in the biometric register for the party’s embarrassing loss in last year’s polls.

There were complaints that some non-NDC members took advantage of the biometric registration to be captured on the NDC’s voter’s database.

According to the party, it arrived at the decision because the old register which was generated through a biometric system, was found not to be credible enough.

Kofi Portuphy stated that, the registration process would take place at the various local branches of the party, which he explained, would ensure that only genuine members of the NDC are registered.

“What we are doing now is intended to restore the integrity of our register, and will become the basis for the creation of a biometric register. This process would have to be supported by everybody in the party. You have to go back to your roots and register at a polling station at your branch office for the branch to recognize that you are a member. It is meant for only members of the National Democratic Congress,” he stated.

The Party also announced that it will hold its constituency elections from the 24th to the 25th of March 2018, and regional elections on the 9th and 10th of June.

Plans are also in place for the party to hold a National Congress to elect its national executives from the 27th to the 29th of July 2018.

Duke’s parliamentary Diary: Week 2 – The Case of an Explosion, ISIS and privileges