Ghana has since 2014 recorded at least eight major gas explosion cases across the country, as reported by Citi FM.

In all the eight cases, six were recorded in the Greater Accra Region, one in Takoradi in the Western Region, and one at Kasoa in the Central Region.

The most recent one occurred at Atomic Junction near Madina in Accra on Saturday.

Reports indicate that 35% of the over 300 burn cases recorded at the Korle Bu Teaching Hospital this year [2017] were from gas explosions.

Below is in infographic of the 8 gas explosions: 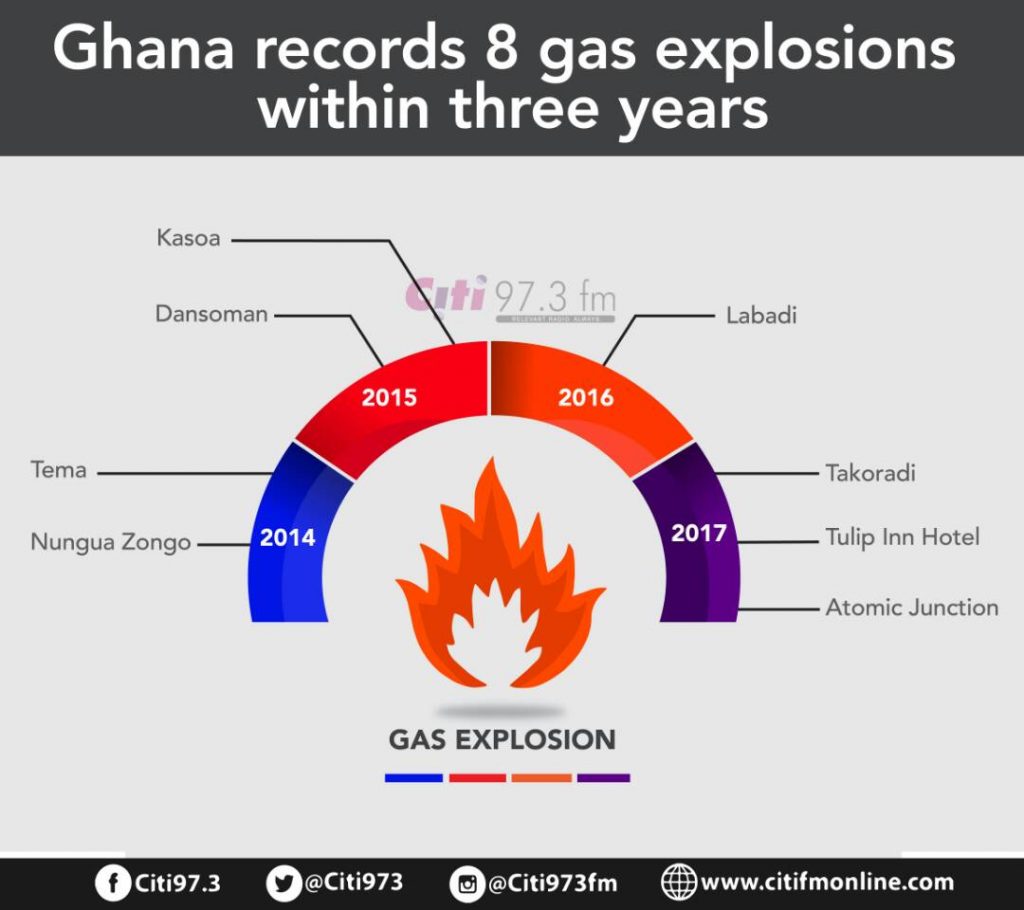