The office of the Vice President, Dr. Mahamudu Bawumia, has pooh-poohed the circulation of supposed posters announcing his interest to contest election 2020.

In a statement copied to citifmonline.com on Thursday, signed by Frank Ayei-Twum, Communications Director of the Office of the Vice President, he asked Ghanaians to ignore the posters and its content, claiming they are “meant to cause disaffection for the Vice President.”

[contextly_sidebar id=”3vmDdBaXQrjQCUalqNqeTPWenTuo5hLa”]“The attention of the Office of Vice President Dr Mahamudu Bawumia has been drawn to posters purporting to indicate that H.E. Dr Bawumia has begun a campaign to lead the New Patriotic Party into the 2020 elections.”

“It is clear that the perpetrator(s) of this act intend to cause disaffection for the Vice President but their campaign will fail. For the avoidance of doubt, we wish to state unequivocally that the posters are the figment of the imagination of the originator(s), and we call on all Ghanaians and the general public to treat the poster campaign with the contempt it deserves” the statement concluded.

It is however unclear those behind the circulation of the posters. 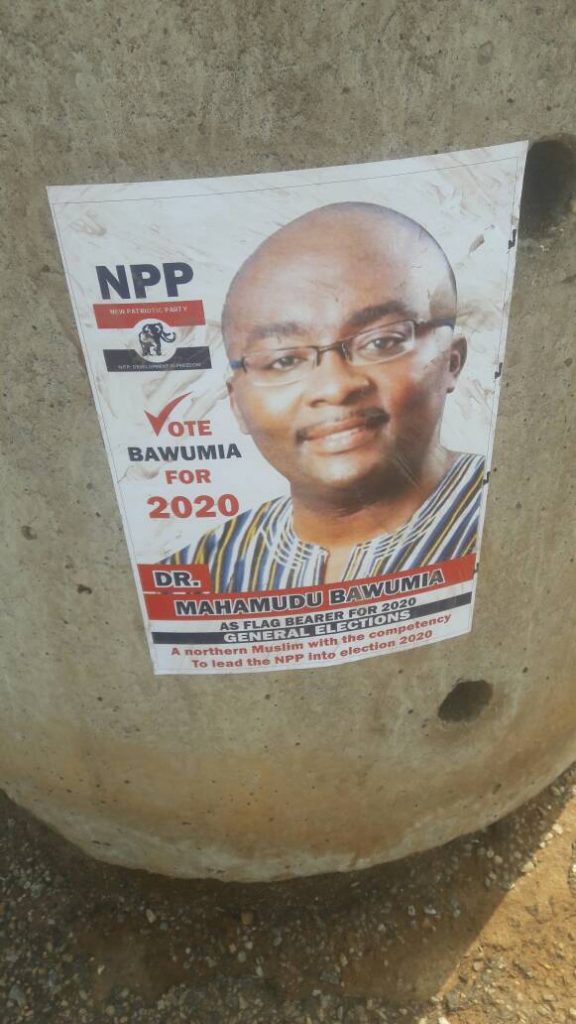 Dr. Bawumia, a one-time former Deputy Governor of the Bank of Ghana, a respected economist and a technocrat, entered full-time politics in 2008, following his selection to be Nana Addo’s running mate in 2008.

Many political watchers believe he has matured into a vociferous and formidable politician, and has been very instrumental in the New Patriotic Party’s (NPP) victory in the 2016 elections.

The watchers also believe that 52-year old Dr. Mahamudu Bawumia, has the appeal and the competence to eventually vie for the next contest to choose a leader for the NPP, once 73-year old Nana Akufo-Addo leaves the scene after a term or two.

The Vice President has been quite active in the first 10 months of the NPP administration, focusing largely on reforms in critical state agencies in a bid to block loopholes, and help the country generate more revenue for development projects.
–
By: Ebenezer Afanyi Dadzie/citifmonline.com/Ghana