Seven people have been confirmed dead in the aftermath of the gas explosion at the Atomic Junction in Accra on Saturday.

A statement from the Information Ministry, released on Sunday, added that 132 others were injured as a result of the incident, while about half of that number have already been discharged.

[contextly_sidebar id=”e7dQnZj6GAZXsbwPL4M8Ud8Ll3ZldVQ4″]”As at 11: 30 Sunday morning, at least seven persons have been confirmed dead, and 132 injured, out of which 64 have been discharged and 68 still receiving treatment,” the statement signed by Information Minister, Mustapha Hamid said.

The statement added that, the cause of the explosion has not yet been determined, but an investigation had commenced and punitive measures would be taken to ensure such incidents are prevented in future.

“An investigation has commenced into the cause of the explosion, and shall be followed with firm action to forestall future similar recurrences.”

The residents of Atomic Junction in Madina were thrown into a state of panic following the explosion at the gas station which spread to adjacent structures.

The huge fireball from the explosion could be seen with many people in the vicinity taking to their heels in a bid to escape the blaze. 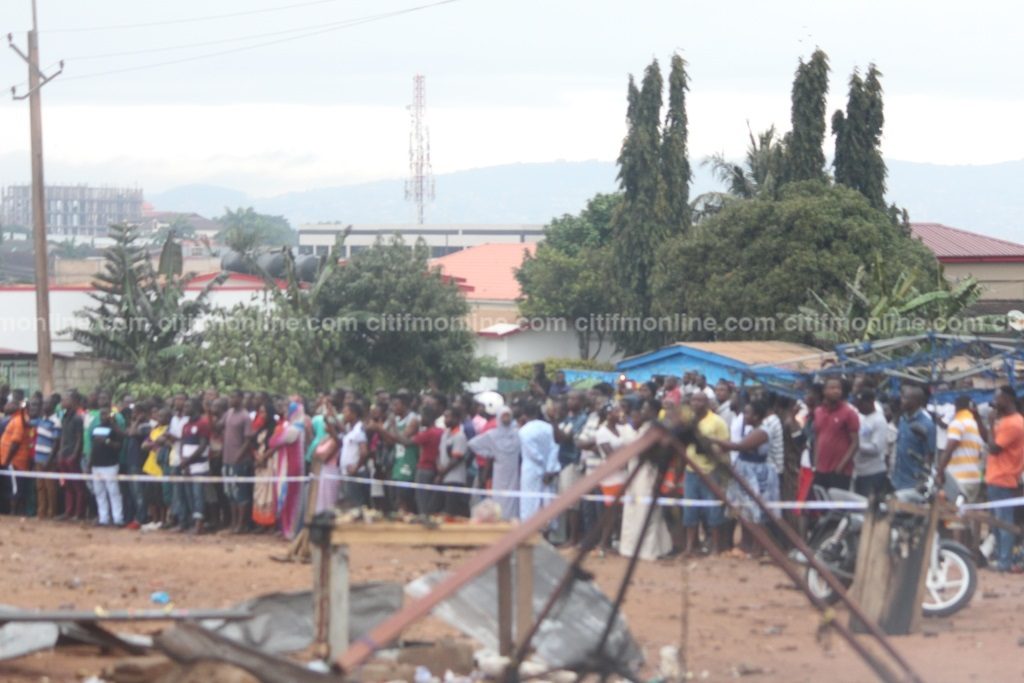 It is unclear whether all the six died from burns, following reports that a vehicle knocked two students down as people run for their lives.

There are also reports that one 0f the deceased died out of panic by falling off an overpass around the area.

Students of the Presbyterian Senior High School and the University of Ghana, ran from their hostels which are situated close to the blast.

President Nana Addo Dankwa Akufo-Addo said he was devastated at the incident, stating in a tweet that “my deepest condolences to the families of the bereaved, and I wish the injured speedy recovery.”

Former President, John Dramani Mahama also expressed his grief following the explosion, and called on Ghanaians to assist all those who had been affected by the incident however they can.

Dr. Mahamudu Bawumia, cut short his birthday celebration in the Northern Region to be in Accra.

He has so far visited the site of the explosion, and has visited the 37 Military Hospital to commiserate with the victims.

He has promised that Government will foot the bills of all the injured persons, and introduce stringent measures to forestall such disasters.

We need helicopters for better fire fighting and rescue – Anaglatey