The concerns of Freight Forwarders who thronged the Longroom of the Tema Port on Thursday over what they described as delays in the clearance of their goods at the port will be addressed today [Friday].

This is according the Communications Chief for the Customs Excise and Preventive Service of the Ghana Revenue Authority, Paa Kow Ekumah.

[contextly_sidebar id=”eFloPFwYeI4xLtaC38TT6MOCshDOUIdm”]According to him, the challenges experienced by the Freight Forwarders were not envisaged because all the necessary systems had been put in place to ensure that the migration onto a paperless regime at the Port was seamless.

Speaking on Eyewitness News, Paa Kow Ekumah said, “until now we haven’t had such hassle. The concerns that you have heard are truly the case and are legitimate. We admit it. At the moment we are all in the engine room with our IT providers and we are working on resolving it,” said.

He said the relevant agencies have been engaged to ensure that the challenges are urgently addressed.

“The challenges are real but it isn’t something we can’t overcome so by tomorrow, we will overcome that…We have put in place all that we need to put in place to make sure that everything will work. Throughout the night we are working on it and by tomorrow [Friday] we will get to know the reason why this happened,” Mr. Ekumah added.

The government began the implementation of the paperless clearing system last Saturday to speed up the process of clearing goods, and ensure order at the port, whiles blocking loopholes.

But barely a week after the project commenced, the agitated freight forwarders complained that the paperless process is slowing down their work.

The freight forwarders before the implementation complained that they were not educated on the processes involved, and had called on the government to suspend it.

Some of the freight forwarders who spoke to Citi News‘ Elvis Washington said although they were promised that they would spend only four hours going through the paperless system, they are currently stranded. 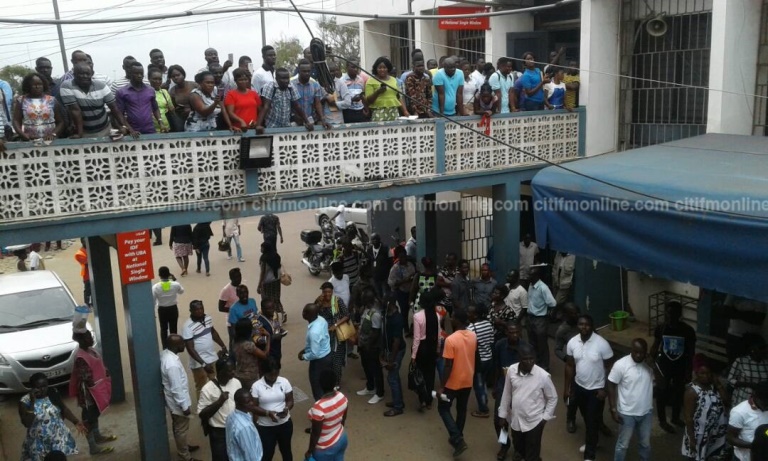 The Deputy Minister of Finance, Kwaku Kwarteng, who went to the place to calm them down was reportedly booed.

Meanwhile, the Chairman of the Concerned Freight Forwarders Association, Oheneba Kwasi Afawuah has described as unfortunate the behavior of his members towards the Minister.

He, however, indicated that his outfit is not against the paperless regime introduced by the Akufo-Addo government, but is aggrieved they were not properly educated about the system.