Although he believes the National Democratic Congress (NDC) has strayed from its socialist ethos, anti-corruption campaigner, Martin Amidu, feels the NDC is not beyond redemption.

Mr. Amidu, who is a foundational member of the NDC, is noted as being a vehement critic of the party and its leadership, to the point of some attributing the party’s defeat in the 2016 polls to his scrutiny.

[contextly_sidebar id=”w4Va1Cogbw8Ak5NqhD72wEick3CZiPGr”]Some elements within the NDC have singled him and former President Jerry Rawlings’ criticism of the party, which they said fueled the public perception that it is corrupt.

But Mr. Amidu, speaking on the Citi Breakfast Show maintained that he would never turn a blind eye to the wrongs within the NDC.

“I am determined not to betray those with whom I started in 1981. I am prepared to go down with them in the spirit with which we started,” he avowed.

For him, this spirit is ingrained in the Constitution of the NDC so “to say that the NDC is beyond redemption, I think, is wrong… It is just that on the way, there were missteps.”

These missteps could be attributed to the leadership of the party, according to Mr. Amidu, who noted that the current group that has taken over the party  “does not subscribe to the fundamental and foundational ideals [of the party]. They are paying lip service to it.” 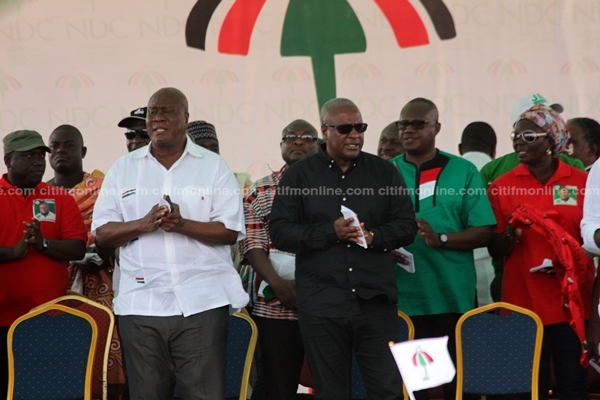 “The problem between them and me, and President Rawlings is that we cannot change. We are still into those fundamental ideals,” he added.

He expressed hope that his scrutiny of the party will eventually bear fruit and nudge the NDC in the direction of its fundamental values.

“I think that as time goes on, people will begin to appreciate that we are not just criticizing for criticizing sake. I want us to come together, chart the proper course, go back to our fundamental values and then get the people to support us to go back and see if we can complete the agenda we started.”

Since Mr. Amidu entered politics, he has served at the Local Government and Rural Development Ministry; the Interior and Justice Ministries respectively, and served as the Attorney-General of Ghana.

Ahead of the elections in 2000, Mr. Martin Amidu, who was a deputy Minister of Justice and Attorney General, was picked as running mate to then NDC Flagbearer, the late John Evans Atta Mills.

Obrempong writes: Trading our forests for money; a threat to the future