Government on  September 4 2017, commenced the implementation of the paperless clearing at Ghana’s ports.

This follows a directive by Vice President, Dr. Mahamudu Bawumia, for the port agencies to migrate to a paperless system by September 2017, after he observed that the current system had too much human interaction and was at the mercy of corruption.

Although the implementation was met with some stiff opposition from freight forwarders who claimed they were not educated well enough, the paperless system took off as directed.

Below is an infographic capturing the differences between the old system and the paperless system: 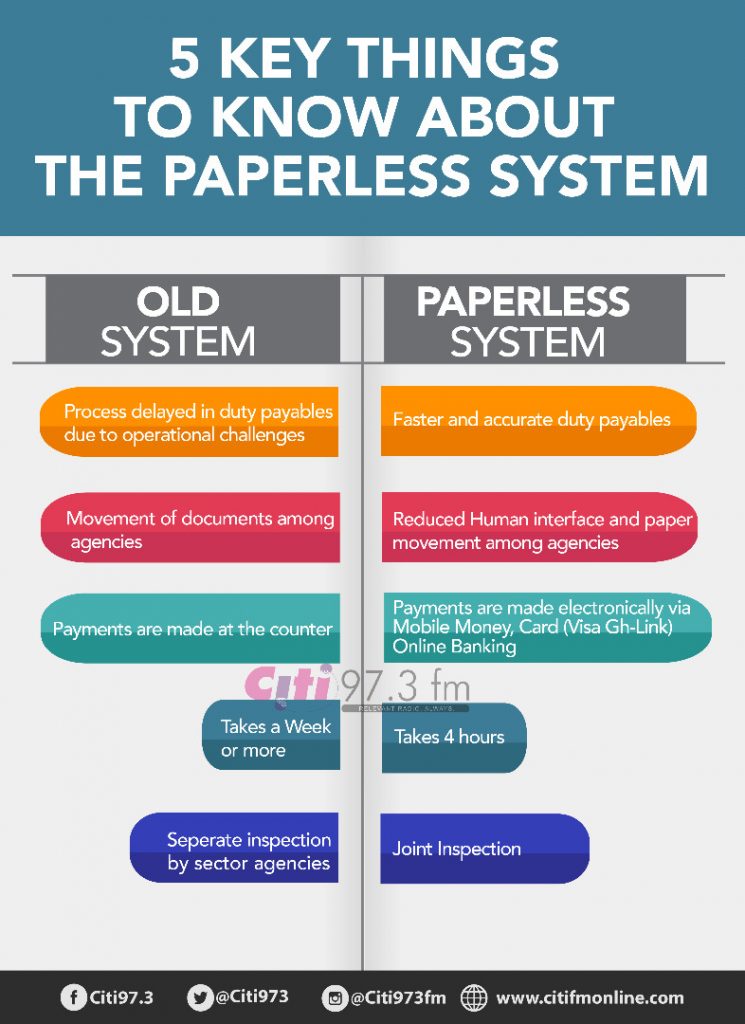