A Ghanaian pilot, Captain Charles William Minyila has been appointed as the Chief Pilot by the board of Aero Surveys, operators of Starbow airline, an indigenous Ghanaian airliner.

A statement issued by the CEO, Mr Eric Antwi, on behalf of the board of Aero Surveys, said Captain Minyila will be responsible for the supervision of flight crew training and line operations to ensure all activities are conducted in accordance with the regulatory requirements, policies and procedures of Starbow among other duties.

“We are excited to have Charles, an international pilot to lead the team in his capacity as Chief Pilot and we are convinced he will bring his enormous experience to bear on the overall operations of the company”, CEO of the Starbow said. 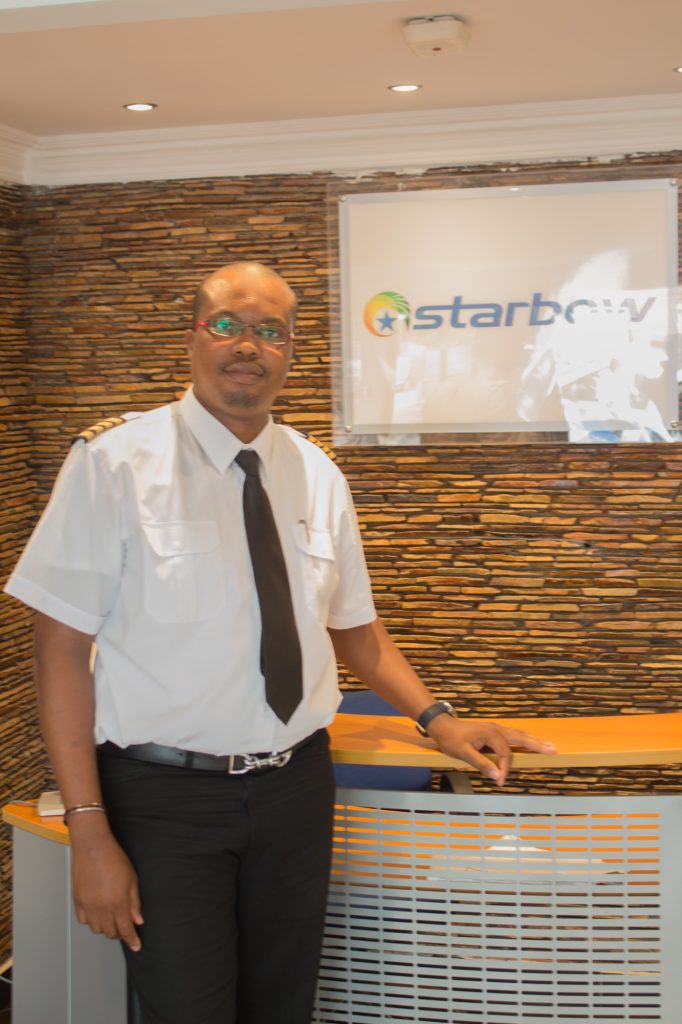 Mr Antwi added that “Charles will also be responsible for supervising and giving leadership to all pilots both on and off flight duty, maintaining good moral and high standard of discipline and conduct among many other duties.”

Until his recent appointment, Mr Minyila was Line Captain ATR 72-500, an international airline.

He was between September 2015 and June 2016 also the Line Captain ATR 42-300 with Lease-Fly, in Portugal. Mr Minyila during his working career was appointed Acting Chief Pilot with Solenta Aviation, Ghana between November 2014 – April 2015.

He was also had brief working experience with Fly 540 in Ghana as the Chief Pilot and also worked with Antrak Airline.

Charles will work in conjunction with Director Flight Operations and Flight Operations Manager in establishing new policies and procedures for aircraft operations, flight crew duties and operational administration and particularly through standardization, quality, safety and security activities, the statement added.