The Tema Roundabout will be opened to vehicular traffic today[Monday] after the closure of parts of the motorway in April 2017.

The Ghana Highway Authority has also released instructions for the navigation on the “improved” roundabout. 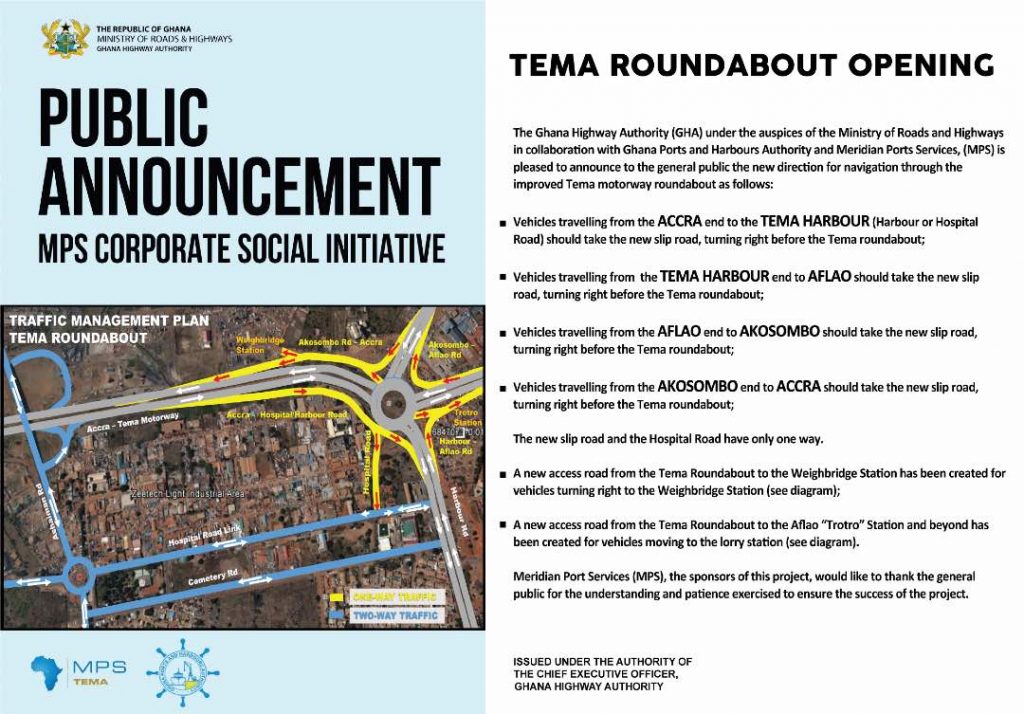 The earlier construction on the Tema Motorway was part of the second phase of work on the Akosombo and Harbour approach roads.

Vehicles passing through the Tema Motorway Roundabout from Accra, Akosombo or Aflao roads moving to Tema were initially diverted to use the Hospital Road and Hospital Link Road as alternate routes to join the main Harbour Road at the Total Filling Station.

The project was being overseen by the Highway Authority, the Ministry of Roads and Highways, the Ghana Ports and Harbours Authority (GPHA) and the Meridian Port Services.

Nana Addo jets off to Equatorial Guinea on three-day visit