The rebranding of one of the two collapsed Ghanaian-owned banks, UT Bank, which has been taken over by GCB Bank, has started barely hours after the Bank of Ghana’s announcement.

Citi News’ Anita Arthur reported from the headquarters of UT bank at Airport that the bank’s logo on the building has been replaced with that of GCB bank.

She also added that UT bank flag hoisted at the premises of the head office has also been replaced with that of GCB bank.

The workers of the UT bank were earlier in the morning of Monday prevented from accessing the facility but were later given the chance into the building. 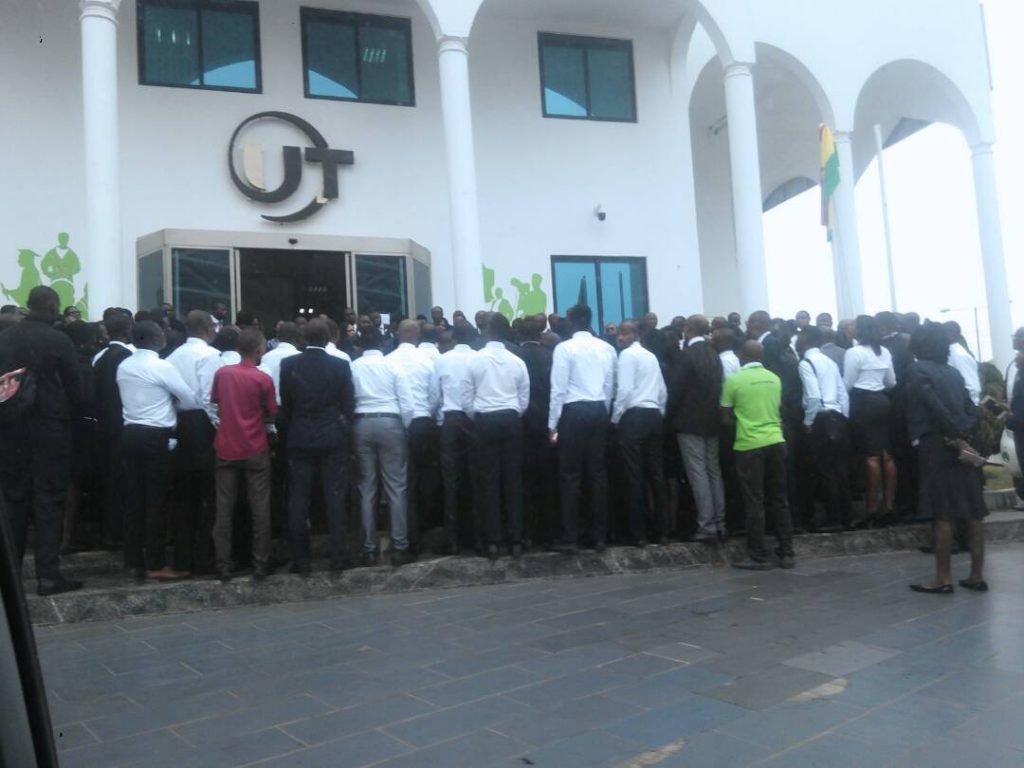 A statement from the central bank and copied to Citi Business News said, ‘The Bank of Ghana has approved a Purchase and Assumption transaction with GCB Bank Ltd that transfers all deposits and selected assets of UT Bank Ltd and Capital Bank Ltd to GCB Bank Ltd’.

BoG also revoked the licenses of the two bank saying “this action has become necessary due to severe impairment of their capital.”

The Ghana Stock Exchange (GSE) has suspended the listing status of UT Bank following its collapse and subsequent takeover by Ghana Commercial Bank.

The latest development is said to be part of moves by government through the BoG to restructure the banking industry.

UT, Capital Bank collapse: We had no choice – BoG