The Chief Executive Officer (CEO) of Dalex Finance, Ken Thompson is in support of the Bank of Ghana’s (BoG) move to probe and sanction officials whose activities led to the collapse of the UT and Capital Banks.

“I think the Bank of Ghana is going about it the right way,” he said to Citi News after the BoG announced a thorough investigation of operations of UT Bank and Capital Bank.

[contextly_sidebar id=”40Qdu9MUp8iCaeT3myYed7M2hSPyHOop”]The central bank said appropriate action will be taken against shareholders, Directors, and key a Management personnel who are found to be culpable in the collapse of the banks.

Ensuring accountability in the wake of the collapse of these banks is the prudent next step, according to Mr. Thompson, given there has been some form of negligence.

“So I think that if individuals or institutions are found to be culpable or involved directly or indirectly in contributing to the Bank’s failure then I think they should be held accountable… if Dalex Finance collapses because I have taken investors money and put in my pocket, I should be held responsible and that is standard practice.”

Deposits of customers of the two banks will be protected by the government as their takeover by GCB Bank is finalized.

The inability of the banks to turn around their negative capital adequacy position led to their collapse and necessitated a Purchase and Assumption agreement allowing GCB Bank to take over all deposit liabilities and selected assets of both UT Bank and Capital Bank, per section 123 of the Banks and Specialised Deposit-Taking Institutions (SDIs) Act, 2016 (Act 930). 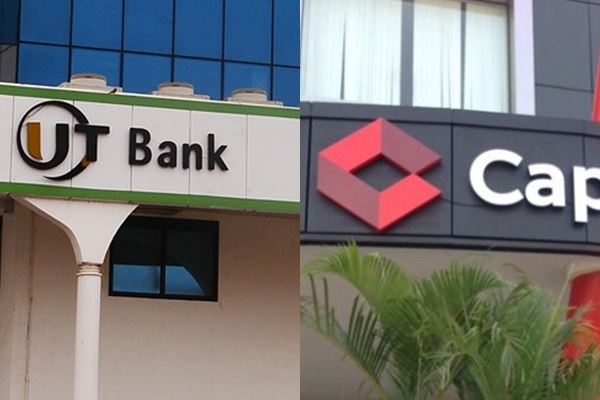 However, the BoG has indicated that the shareholders of Capital Bank will not be compensated. The same may apply to UT Bank shareholders, though the central bank is considering compensating shareholders listed on the Ghana Stock Exchange.

Top level management of the two banks, including the Managing Directors, will lose their jobs. It is unclear the fate of the other workers of the two banks, numbering close to 2,000 in total, but negotiations are in place to protect those who want to still work for the distressed banks.

Research indicated that UT Bank in a precarious position given it was found to be the riskiest bank in Ghana listed on the stock exchange.

The situation with Capital Bank has been found to be more nefarious given the existence of a leaked 2014 memo indicating that the bank, then First Capital Plus Bank, was on the verge of collapse.

The bank’s Chief Executive Officer at the time even described the situation as a “time bomb.”

The August 2014 memorandum, signed by the CEO of the Bank at the time, John Kofi Mensah, warned that Capital Bank had capitalization issues and may not be able to meet its obligations to its clients.

The memo addressed to the Board of the Bank, also outlined cases of mismanagement that had compromised their shareholder’s credibility.