Ghana would need about $21.5 billion to fully revamp its railway sector.

According to the Ghana Railway Development Authority (GRDA) the amount is needed to procure new coaches, refurbish existing lines and construct additional 4,007.6 kilometers of railway lines across the country.

The Chief Executive Officer of GRDA, Mr. Richard Diedong Dombo, who disclosed this to the Graphic Business newspaper, said the authority has decided to market the railway sector master plan to attract investors under a build, own, operate and transfer (BOOT) arrangement. 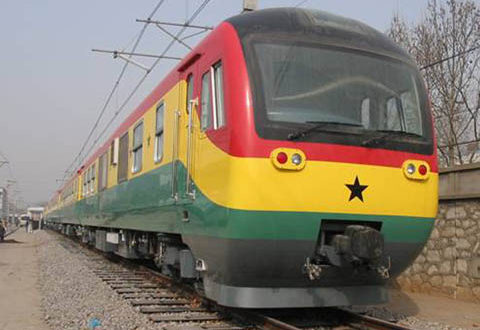 [contextly_sidebar id=”U9ULsJ6vqzrZBgmgZEr1Z933S339rQq4″]“The nation does not have the resources to undertake this master plan in one stretch. As a country, we cannot prioritize just the railway sector as there are other priorities such as health, education and agricultural so the railway sector gets just a slice of the national resources and this means we have to think outside the box, which is government funding,” he said.

The Akufo-Addo government promised to revamp the rail sector and also created a new ministry dedicated to ensuring that the promised is fulfilled.

Mr. Dombo said although his outfit had not requested for interests they have so far received proposals from more than 230 investors comprising of individuals, groups, and banks across the globe.

About the master plan

The railway master plan which was completed in 2013, proposes a new railway network comprising of 4,007.6 kilometers across the country.

The master plan is expected to be completed in six phases, with the first phase being the rehabilitation of existing rail lines.

Western rail line will be completed by 2020 – Joe Ghartey

In a related development, the Minister for Railways Development, Joe Ghartey, has assured that before the end of President Akufo-Addo’s mandate in 2020, the rehabilitation and construction of the Western rail line would be completed.

“We have already started the design of the Western Rail line from Kojokrom to Tarkwa. The transportation of bauxite from Awaso has been incorporated into the design,” he noted at a durbar of Chiefs and people at Bibiani on Monday.