One of the standouts of the 2017 National Science & Maths Quiz and eventual champion, Prempeh College’s Wonder Sarfo-Ansah’s father was a backup on the victorious Prempeh College team sent to compete in this very quiz in 1996.

Wonder who watched videos from the 1996 contest said on the Citi Breakfast Show that he “had exposure to the quiz very early, in JHS [Junior High School].”

“My father, he always wanted to see his son on TV and wanted his son to also win a trophy for the school. When I was in form one, before I had even gotten admission to Prempeh College, he took me around the school because he was an old boy and he sent me to the administration and showed me a picture of himself holding the trophy.”

Wonder has now secured bragging rights at home, as he revealed that his father “was always saying he was better than me till I won and now, he has admitted that I am more intelligent than him.” 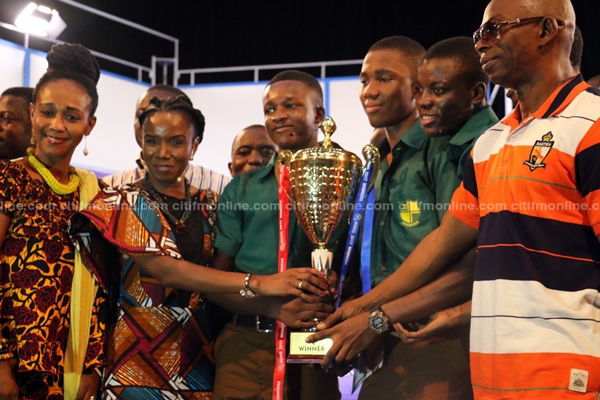 Prempeh College, who are now 4-time champions of the annual Science and Mathematics competition have received congratulatory messages from various quarters including rival schools.

Bukom Banku to face off Samir Bastie on September 30