A Former Deputy Minister of Local Government in the Mahama administration, wants persons whose actions rendered some 86 vehicles meant for government dormant and corroded at the Local Government Institute punished.

The vehicles which were originally brought into Ghana to be used by District Chief Executives across the country, have been under the mercy of the weather for the past 16 years because the then Kufuor government failed to distribute them to the various assemblies citing the absence of a written contract in the purchase of the vehicles.

Successive governments have also failed to reach an amicable settlement with the importers of the vehicles, African Automobile Company Limited. 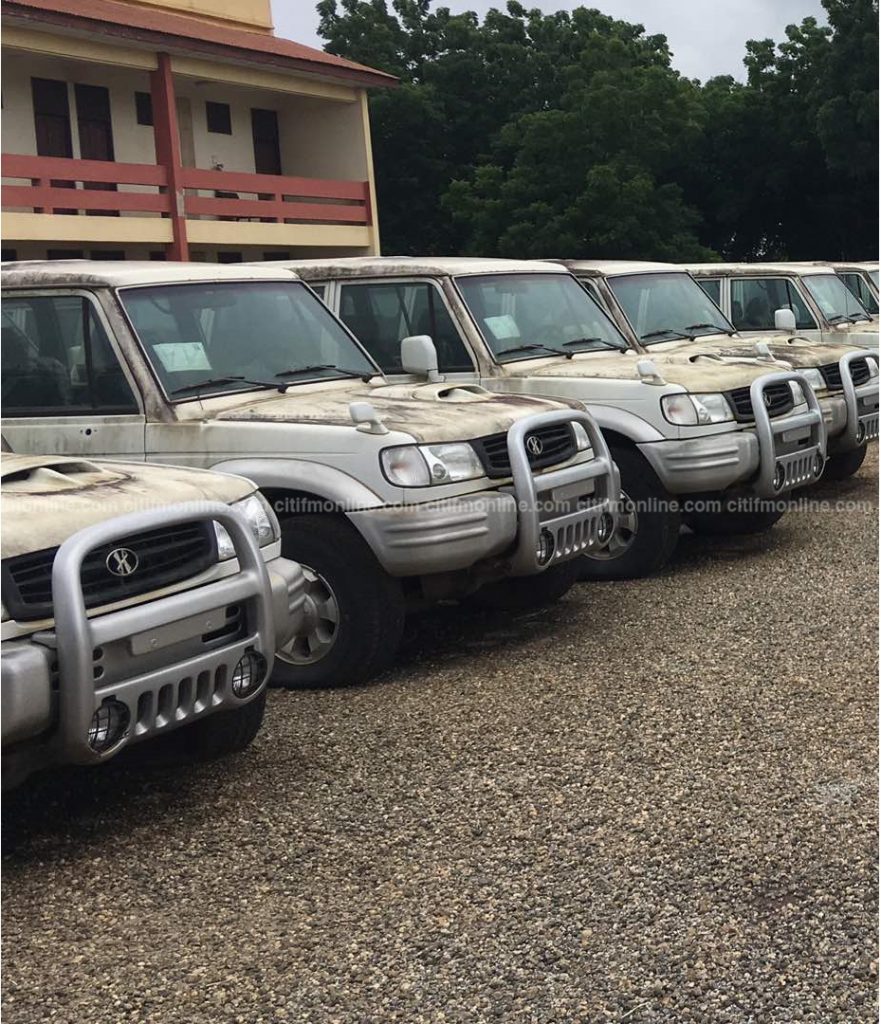 [contextly_sidebar id=”EnLEITaMxKTboJrXB1rP4RK4f1sVThr1″]Speaking on Eyewitness News on Tuesday, Nii Lantey Vanderpuye, said the National Democratic Congress administration in their eight years tried on several occasions to take over the vehicles but was unsuccessful.

“I felt ashamed at the time I went to the Local Government Institute and saw these vehicles parked there. I felt sad for this country and I sincerely will believe that anybody culpable to have willfully caused financial loss to the state through the failure to allow the state to have access to these vehicles and to use them appropriately should be sanctioned.”

He lamented that, at the time, the matter was politicized such that it complicated the whole issue.

“This issue was politicized, became a partisan issue and we as such were not able to really exhaustively look at it; nationalistically, patriotically and with the lenses of national economy. The taxpayers money had been used and I would have said that if even the procedure for acquiring those vehicles were not properly followed, for the vehicles to stay there and rot aware while we will still pay for them, it’s better to be put to use and then whatever procedure which was breached, people who breached those procedures could be dealt with. But for people to deliberately decide that it will not happen was a problem.”

He said the NDC government tried allow the newly created district assemblies to use the vehicles but it wasn’t successful.

Nii Lantey Vanderpuye also added that, the former Local Government Minister, Julius Debrah in 2012, also tried to get the vehicles to boost the national sanitation exercise, but also failed following the protracted legal tussle over the matter.

“As far back as 2013, there were attempts by Mills government to get the vehicles that were motorable, to be given out to some of our DCEs who at the time were having problems with their vehicles. The newly created district assemblies didn’t have equipment, among others. So the suggestion was that, why don’t we give them these vehicles but as at the time, because there had been a long legal tussle over the vehicles, it was difficult for anyone to use them.”

“I remember very well again that, after the 2012 election, when I became Deputy Minister, I remember Julius [Debrah] tried to get us these vehicles so that when we are embarking on the national sanitation exercise, we were trying to see if we could get these vehicles to the assemblies to facilitate and help them do their work because when we went there, some of the assemblies complained about lack of mobility. We tried again but we were not successful,” he added.

Movenpiina, Zup Oil, others will still be punished – NPA