The National Disaster Management Organization (NADMO) cannot assuage the plight of thousands of flood victims in the Northern Region due to accumulated indebtedness.

Sources within NADMO have revealed that the past administration piled a huge debt compelling local suppliers to renege their contract with the government.

This explains NADMO’s inability to support victims of last Tuesday’s floods which affected thousands of people in six districts of the Northern Region including the Tamale Metropolitan Area. 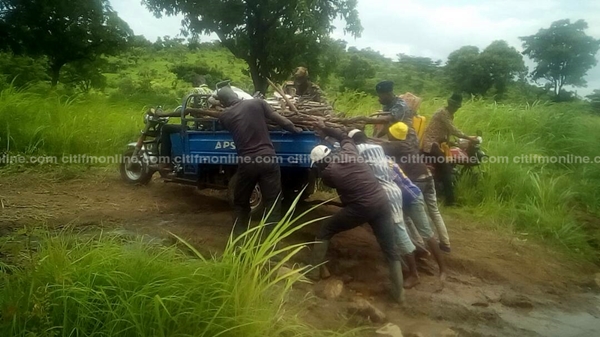 Vice President, Dr. Alhaji Mahamudu Bawumia toured some of the affected communities within the Metropolitan Area.

The victims are yet to receive any form of government support after the government team’s assessment.

Some of the victims in a Citi News interview decried the situation and thus called for government and philanthropic assistance.

They recounted their losses including livestock, several acres of farmlands, school certificates, and submerged houses.

Portions of the Yendi-Bimbila stretch of the Eastern Corridor road project have been cut off.

Commuters on that road have been obliged to use the Salaga-Tamale road and reconnect to other parts of the region.

Also, the road linking Nanumba north to Nanumba south and from Kpandai to Northern Volta has been washed.

There is looming food insecurity this farming season because several farmlands have been destroyed in the Eastern Corridor which is the region’s food basket.

These include numerous acres of yam mounds, cereals and grains plantations owned by smallholder farmer groups.