The sale of illegal fuel on table tops in Ashaiman has resulted in the burning of four family members at Ashaiman Taifa.

22-year-old Fati Iddrissu, Abass Iddrissu 23, Adiza Iddrissu, 67 and Amina Addrissu, 5 are all on admission at the Emergency Unit at Tema General Hospital and receiving treatment. 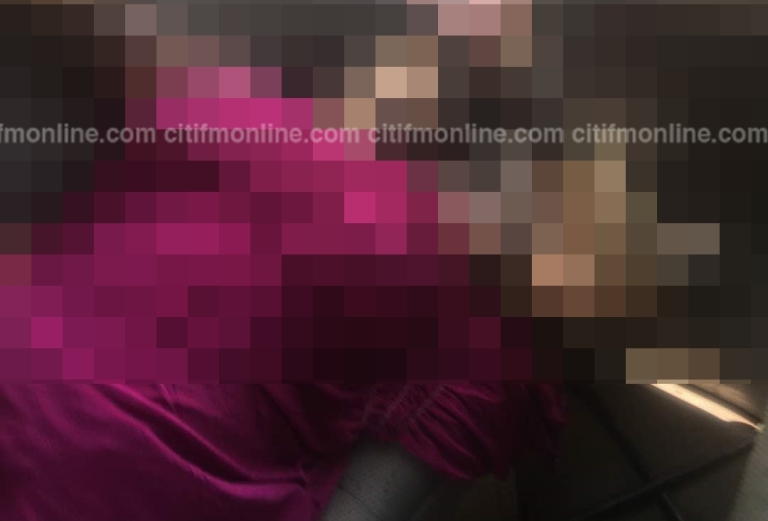 According to some residents who spoke to Citi News at the scene, they said the fire started at 10am.

They blamed the fire on the 23-year-old son of the woman who sells petroleum products in the house.

“We were outside when we saw the son of the old lady trying to serve a client who had come to purchase petrol for his motorbike so in the process of serving the guy we heard a blast and all of a sudden fire. The blast was so loud that it carried the old lady and her grandchild and threw them on the road in front of their house. All these while the son and his other sister were also trapped in the room while the fire gutted the house. So we had to start the firefighting ourselves together with the Assemblyman who until the fire service came to compliment our efforts”

Another worried resident who gave her name as Madam Rakia appealed to the police to ensure they rid the town of illegal sale fuel on table tops. 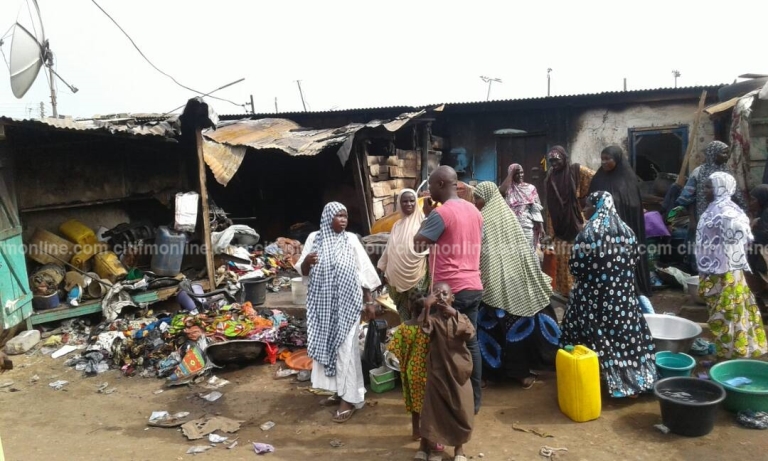 “We are just scared of our lives so we want them to be cleared from the municipality.”

The Assembly Member for the Naa Amui Electoral Area, Shadrach Tetteh said the injured are responding treatment at the Tema General Hospital and would be transferred to Korlebu for further treatment.

Mr Tetteh said he has cautioned the guy to stop trading in petroleum products at home but to no avail. 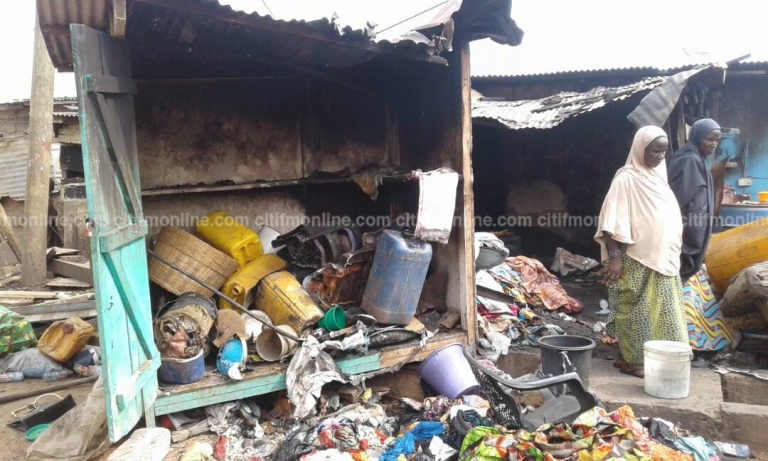 “Even last week I went to him to warn him to stop trading petrol at home since it could spark fire one day and here we are today. The sad part is he has been keeping the product in the same room where he sleeps with his mother and other siblings.”

So far two separate swoops have been organized by the current MCE to clamp down on the dealers but to no avail.

The Municipal Chief Executive Albert Boakye Okyere who visited the scene to get first-hand information hinted that the Assembly will not relent on the fight against the illegal sale of petroleum products on table tops in the municipality.

He said they will in the coming days swoop on them again and prosecute persons who will be caught dealing in such illegal business to serve as a deterrent to the others.

“The Assembly will not relent on dealing heavily with persons engaged in such business because it is a threat to security and safety.” 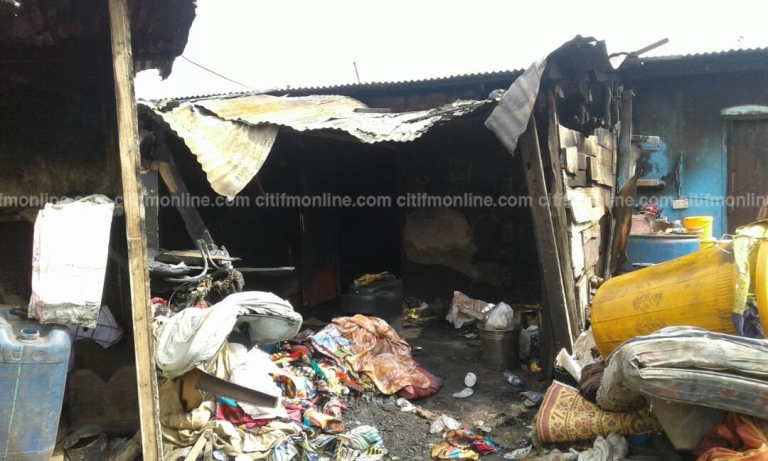