Managers of the Quality Bus System (QBS) in Accra, have revealed that the programme is still operating at a loss, about eight months since commercial services commenced in the capital, Accra.

Reports indicate that, about 197 out of the 245 Aayalolo buses imported into the country for the QBS, have not been used since 2016.

[contextly_sidebar id=”nV7j8rRN0uFhyjepFKEAKO7jTdFNTpqH”]The situation has led to low patronage of the system resulting in the inability of the company to earn enough to cover operational costs.

The State Transport Company (STC), has even indicated that, it is looking to acquire some of the buses to augment its fleet

Addressing the media after a tour of some bus terminals, the Chief Executive Officer of GAPTE, Sampson Gyamenah, admitted that low patronage of the bus service since the programme commenced in 2016 has kept the company in the red.

“We still have a long way to go to be able to break even. We are ramping up the number of passengers and that is the real challenge. When we started the patronage was very poor. In December, we were doing an average of 1, 400 passengers a day.” 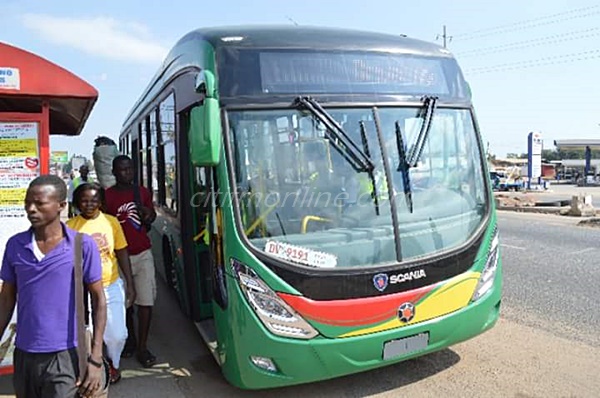 He however indicated that, the situation had seen some improvements in recent months revealing that they were transporting more than six times the number of people they used to daily.

“It has really picked up and we’re currently doing close to 9, 000 passengers a day on this corridor. We have challenges especially at our stops and our dedicated facilities, but with a lot of education and sensitization, we’re overcoming them.”

Having been originally touted as the Bus Rapid Transit (BRT), the QBS was rather introduced, following the inability of the government to provide dedicated lanes for the buses which had been a major selling point of the BRT.