The Member of Parliament for North Tongu, Samuel Okudjeto Ablakwa, has described as evasive, Chief Justice nominee, Sophia Akuffo’s answers on questions about political parties’ influences on Ghana’s judicial processes during her vetting.

The Chief Justice nominee was asked at her vetting on Friday about the politicization of certain cases with specific references to the Montie three and Delta Force cases but she declined to give any substantial comments on them. 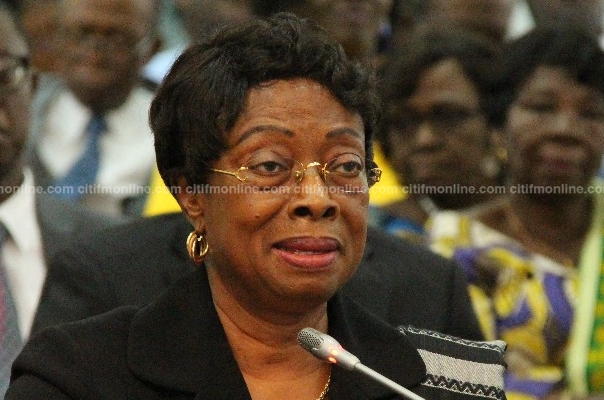 [contextly_sidebar id=”sA8It8PNcUvTZVi7LGyenbd2YrQNApSj”]The Montie Three; Alistair Nelson, Godwin Ako Gunn and Salifu Maase, were sentenced to jail for four months after they were found to be in contempt of the Supreme Court in July of 2016, when they threatened the lives of Supreme Court Justices on a live radio programme.

They were subsequently pardoned after serving only a month, by Former President Mahama, who exercised his constitutional prerogative of mercy, following petitions presented to him mostly by members of his government and party, the National Democratic Congress (NDC).

As part of the judgement on the case which Justice Akuffo presided over, the four directors of Network Broadcasting Limited (Owners of Radio Gold and Montie FM), were roped into the contempt charge, and ordered to pay a fine of GHc30,000. Harry Zakuor, owner of Zeze media, which owns Montie FM’s frequency was also to pay a separate fine of GHc30,000.

Responding to a question on the idea of contempt protecting the integrity of the court, Justice Akuffo said, she was “not comfortable about being called upon to justify a judgment that we have delivered, but in general terms, concerning the scope of the exercising of the contempt power or labeling something to be contemptuous, I believe that each case will dictate the outcome.”

On the Delta Force case, Justice Akuffo argued that it may still be brought before the courts.

Giving his take on what transpired at the vetting, Mr. Ablakwa argued that the nominee missed the opportunity to assure the country of the courts’ political neutrality.

“… I thought she opted to be cagey and she opted to be evasive.It’s her right to do that but I thought that this was an opportunity for her to show that they would be consistent and they will clear all doubts in the minds of  anybody because that was a very political matter,” Mr. Ablakwa said.

US singer Katy Perry is first to 100m Twitter followers