The National Democratic Congress (NDC) General Secretary, Johnson Asiedu Nketia, believes there is already a deep-seated regret the New Patriotic Party was voted into power, although the administration is barely six months old.

In Mr. Asiedu Nketia’s words: “today, every Ghanaian is denying voting for the NPP because they are overwhelmed with the bad governance.”

He was speaking during a rally marking the party’s 25th anniversary at the Ashaiman Mandela Park, as the NDC looked to assure supporters that events were already in motion, that would see it retain power in 2020. 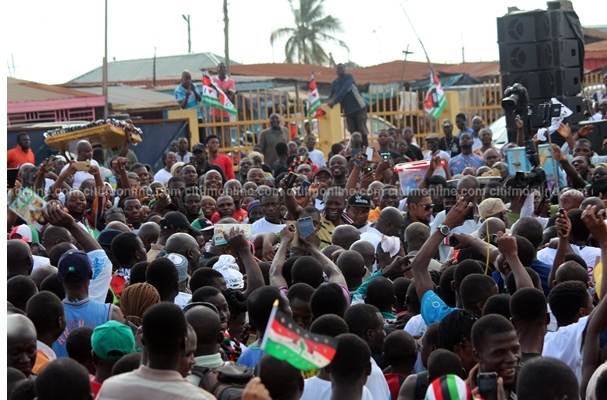 The parable of the 3 envelopes

He had a parable for the Akufo-Addo administration as he sought to assure the party faithful that the New Patriotic Party was en route to election defeat in 2020.

The NDC General Secretary concluded his story by saying, “by the third year getting to the fourth, when things were completely out control, the incompetent President opened the envelope only to read prepare your handover notes.”

According to Asiedu Nketia, NDC sympathizers need not worry because President Akufo-Addo is currently “at the stage of blaming the past government.”

“Even projects that have been commissioned are being re-commissioned. Now, they are even blaming the past government for ordering new cars. So don’t be surprised. From now to December, everything will be blamed on the previous government.”