The Vice President, Dr. Mahamudu Bawumia, has indicated that government has put measures in place to address the challenges that have marred previous Hajj pilgrimages.

According to Dr. Bawumia, the government is committed to ensuring that this year’s pilgrimage comes off without the hitches which have been associated with the process in the past.

[contextly_sidebar id=”iD8r8GTMcESEjcru0blRqaEuIVc0rpOT”]Addressing some Muslims at Shama in the Western Region, Dr. Bawumia said: “After the prayer and fasting this month, we’ll be preparing to leave for Hajj. We’ve instituted some measures to make this year’s pilgrimage a smooth one. We’ll prompt you before you get to the Hajj village by sending text messages to all who applied for this year’s pilgrimage. This is to remove all challenges that have been associated with the process in the past.”

This will come as welcome news to pilgrims, who have over the years struggled to undertake this sacred trip due to the myriad of challenges that have characterized the process.

In 2016, hundreds of prospective pilgrims were left stranded at the Hajj Village, leading to fears that they would not be able to embark on the pilgrimage.

The immediate past National Hajj Board also confirmed that it left behind a debt of GHc23 million accrued from organizing the 2016 pilgrimage to Mecca. 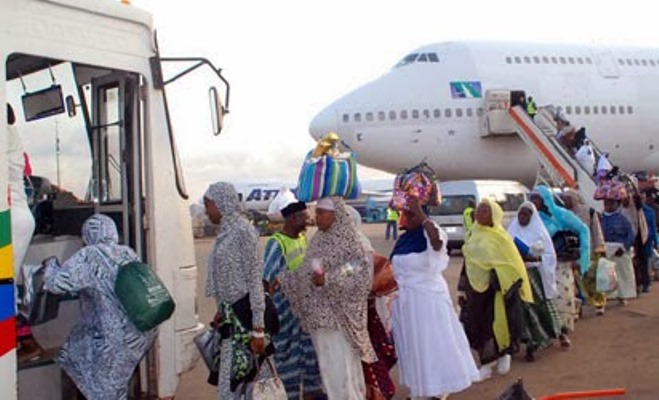 The National Hajj Board announced that the first batch of Muslims embarking on this year’s pilgrimage in Saudi Arabia, will leave Ghana on August 10, 2017.

The board has said a total of six flights will fly directly from the Northern Regional capital, Tamale, to Saudi Arabia.

The board has also started publishing the names of Muslims who will be participating in this year’s exercise to minimize the challenges associated with the annual event.

The spokesperson for the Board told Citi News his outfit is introducing some new measures to ensure an incident free hajj.

Dr. Bawumia also assured the residents of the government’s continued commitment towards the fulfillment of the promises they had made prior to the 2016 elections.

He stated that money had already been allocated to the Zongo development Fund and also assured parents that the free SHS programme would commence for new students in September.

This, he said was in appreciation for the “overwhelming support” the NPP received in the 2016 polls.

“We promised a lot of things prior to the elections and we’re fulfilling them. We have allocated Ghc 219 million for the Zongo Development Fund,” Dr. Bawumia added.

“The President also promised free Senior High School Education. By the grace of God, we’ll start rolling out the policy this September.”