His appeal comes days after his party, the opposition National Democratic Congress (NDC), suggested in a statement that President Nana Addo should be held responsible for the incident.

Speaking during a visit to Capt.  Mahama’s wife and his family, the former President asked various political stakeholders to rather “take this as a national tragedy in a non-partisan manner, and treat it as the way it should be treated” instead of pointing accusing fingers at each other.

The former President also expressed the hope that, the culprits, in what he described as the “dastardly act” will be brought to book and fairly dealt with.

“I believe that government and the security agencies will do everything possible to bring the perpetrators of this dastardly act to book. If we are able to find out who did it and probably prosecute them and apply the penalty, I believe that it will serve as a deterrent to people who engage in mob justice.”

“If this happens, then Maxwell’s death would not be in vain. But if the perpetrators get away with it, then the impunity will continue and the question I ask myself is how many more innocent people have not died through this kind of barbaric justice.? It has never been our culture to kill humans in this wicked way. I believe that everything should be done to stamp it out.”

Capt. Mahama was lynched and burnt at Diaso in the Upper Denkyira West District of the Central Region, after residents in the area mistook him for an armed robber. 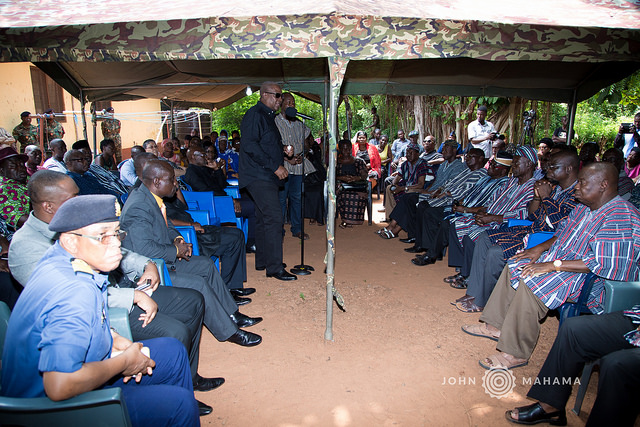 The former President indicated that, it was unfair for Capt. Mahama to have been murdered in a humiliating manner, especially when as a military man he had sacrificed “a lot to defend us [Ghanaians].” 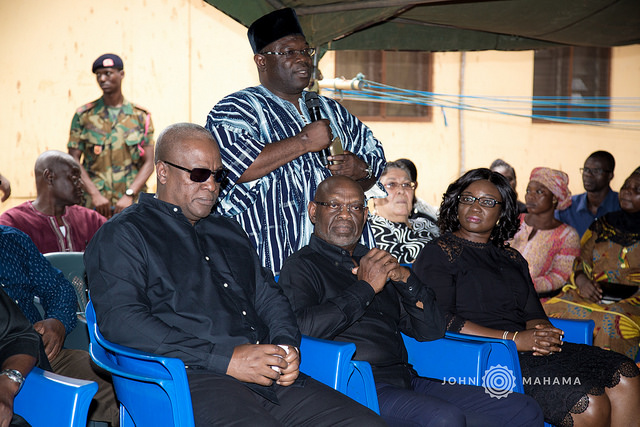 The President was accompanied by some NDC bigwigs and former appointees including Kwesi Botchwey and Joyce Bawa Mongtari, among others.