60 long years of nationhood should have taught some valuable lessons by now, but alas we are still where we are. It is time for us to begin to act as citizens, not spectators and together work to protect the public purse and safeguard national assets. It is sad how big truck drivers destroy our roads with reckless abandon. What is even more worrying is the impunity with which they do it. Nobody is responsible for anything hence government takes our money as taxpayers to build good roads that are damaged in seconds by reckless drivers and nobody cares. But I believe these are some of the reasons for which we are made to take at least a third party insurance but who is monitoring: no wonder more and more insurance companies are opening.

May I call on the Ministry of Roads and Highways to as a matter of urgency, take action and ensure drivers who damage our roads are held liable and the insurance companies made to repair the damage caused to the roads. The inaction of the law has allowed the numerous insurance companies in this country get away with millions of cedis annually in unpaid claims when indeed they should be responsible for some of the damages done to our roads.

I am dumbfounded at the rate at which the newly constructed Fume to Ho road completed barely a year ago by Rolider is being badly damaged due to the activities of very heavy duty vehicles especially the Dangote cement trucks that have on several occasions fallen in the sharp curves and damaged the road, the road sign posts and the railings on the side of the road. 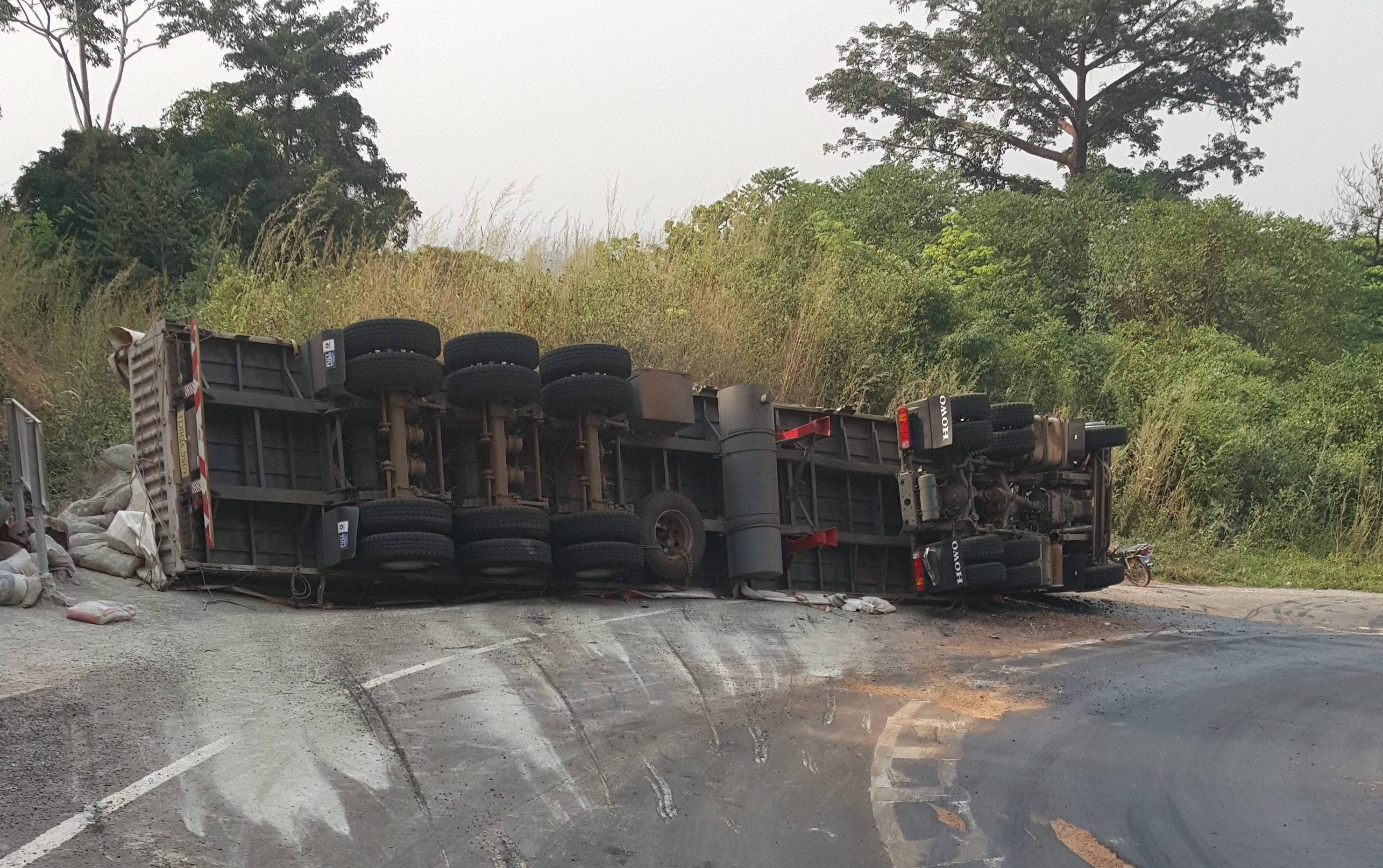 My checks indicate that per the rules of engagement, when a vehicle damages the road in an accident or anything else, the damage falls under third party insurance policy which every driver is obliged to take. The damage must be paid for by the insurer of the vehicle, unfortunately this never gets done because the accidents are most often not reported to the police and even where they are reported “nokofio” changes hands and the matter never sees the light of day.

I have witnessed on at least two separate occasions where huge 50 ton Dangote cement trucks have fallen completely damaging portions of the road. In one instant the truck went into a valley and the company I am told later brought towing vehicle whose outrigger bore big holes in the middle of the road, to my utter dismay they left the holes in the middle of the road and left with their truck. My God, this can only happen in Ghana. They willfully damaged the road and without any guilt drove off, how unfortunate.

What is even more worrying is the fact that these 5 ton cement vehicles ignore clear road signs that indicate weight limit clearly. What is the MTTD doing to ensure the public purse is protected?

What is a third party insurance?

In my layman’s understanding of this explanation as given to me by an insurance company, any damage caused to the road is covered by the third party insurance policy hence the insurer is obliged by law to repair every damage to the road occasioned by a vehicle. Why nobody ever asked the insurance companies to do the honorable thing still beats my imagination. 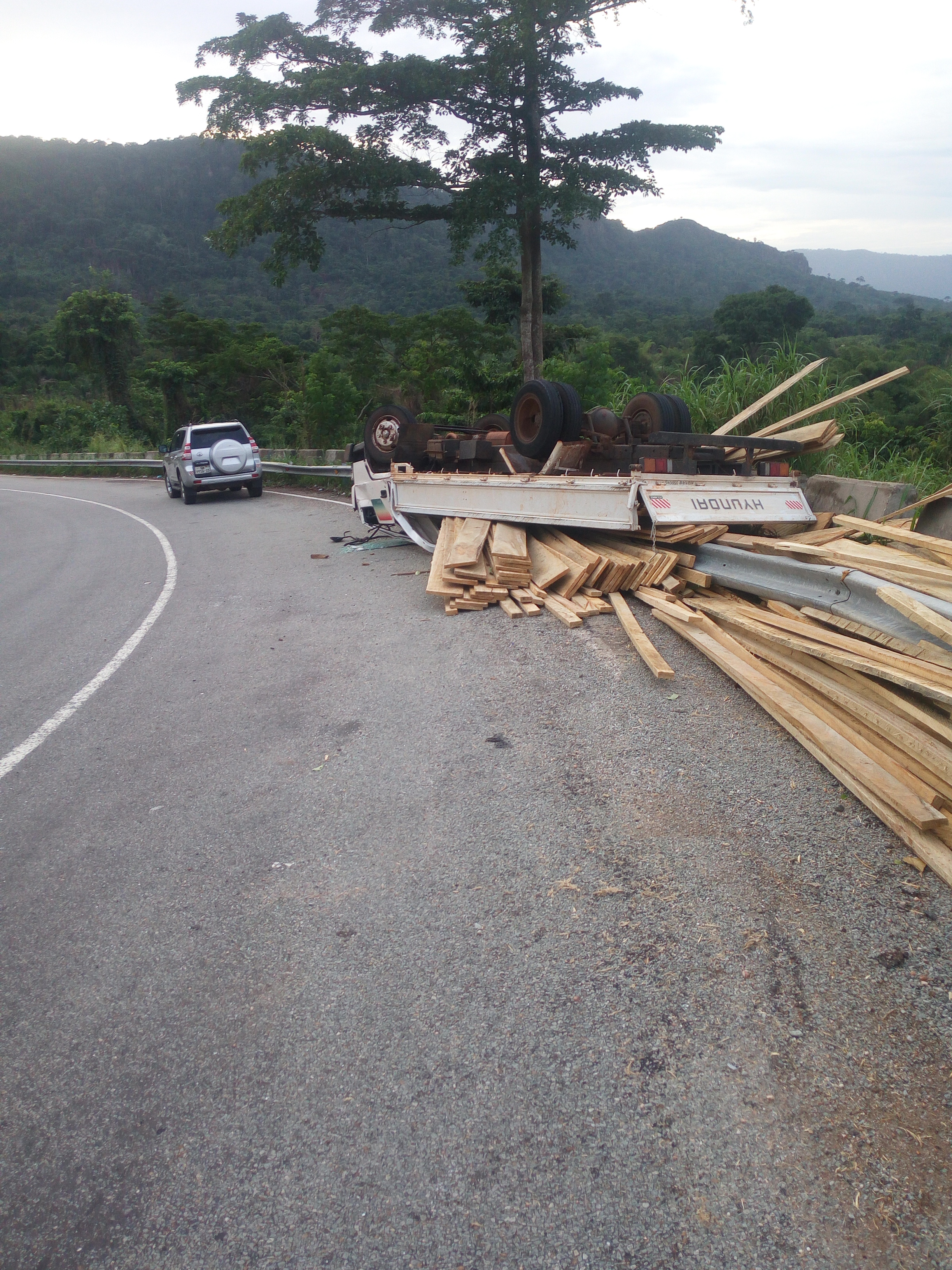 I am disturbed because the first  class Fume – Ho road has just been completed, the contractor  I  am reliably informed is yet to hand over the road to Government and already the road has been damaged in several places by careless driving. Just about a month ago a taxi got burnt completely into ashes in the middle of the road the heat destroying the bitumen on the road. I would have expected that by now the insurance company will pay for the damage caused but nothing, how sad.