The 31-year-old reached the milestone after netting in his country’s 5-0 win over Ethiopia in a 2019 Africa Cup of Nations over weekend.

The iconic Ghana captain is tied in 35th place with the Dutch and Bosnia & Herzegovina’s legends respectively on the list of top international performers.

Gyan, who is on loan at UAE side Shabab Al-Ahli Dubai has insisted he has more footballing years ahead of him.

The former Sunderland striker has come under torrential criticism after he wore a ceremonial armband to cerebrate his 50th goal against Ethiopia. 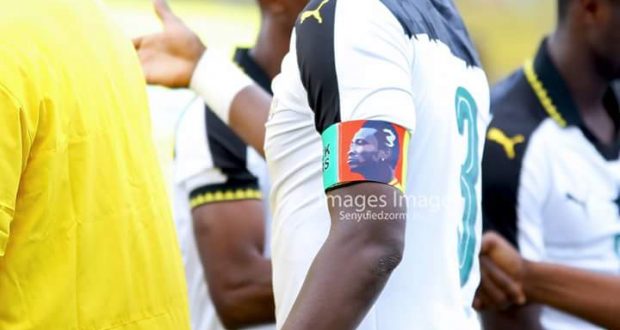 This follows his refusal to handover his customized armband to his deputy, Andre Ayew when he [Gyan] was substituted in the game against Ethiopia.

But some Ghanaians believed that Gyan did no wrong.

Renowned journalist Farayi Mungazi of the BBC also joined the growing list of journalists who have called for more respect for the Ghanaian forward who has been a trail blazer on the football pitch on the African continent.