The trader who was beaten up by some personnel of the United Creative Solutions (UCS) did not die as a result of the ordeal at the Kwame Nkrumah Interchange on Saturday, the Accra Metropolitan Assembly (AMA) has said.

The victim of the beating by the UCS personnel, who have been contracted by the AMA to manage the lawn and other facilities at the circle Interchange, is currently receiving treatment at the 37 Military Hospital, the AMA noted.

[contextly_sidebar id=”FVJ43Utg6j59WYUrDc8E36VKkch9ttcC”]“Contrary to media reports, no one died as a result of the incident though regrettably one trader was injured and is receiving medical attention at the 37 Military Hospital at the full expense of management of UCS,” the Assembly clarified in a statement.

There were fears the trader had died as a result of injuries sustained from the beating and this sparked some protests leading to angry traders vandalising the complex of buildings at the interchange occupied by the AMA, UCS, the Fire Service and the Ambulance service.

It took the intervention of police personnel to restore calm to the area. 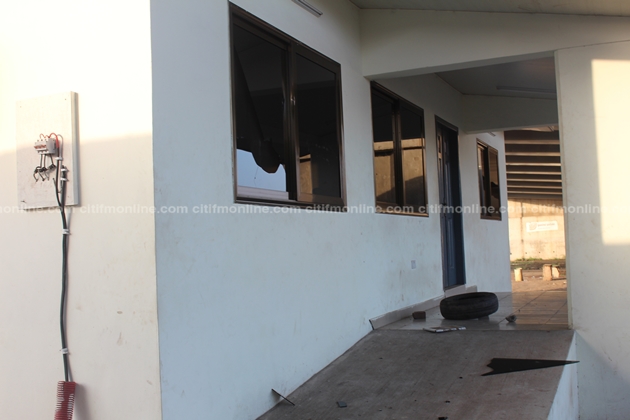 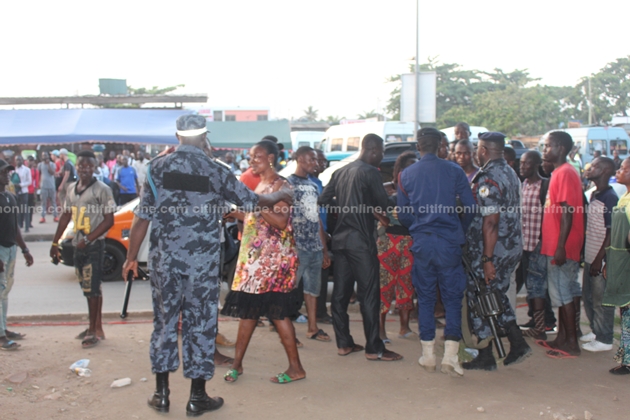 The AMA is investigating the matter and it has said it “will put measures in place to avoid any future occurrence of such incidents.”

It noted that, despite the Assembly’s non-involvement in the matter, “some undisciplined traders want to use this incident as a leeway to frustrate the efforts of sanitising the enclave.”

When Citi News visited the scene of the protests on Saturday, the traders, a number of them hawkers, expressed their displeasure with the AMA over its escalated efforts at clearing the pavements of unauthorised structures and hawkers.

The AMA was, however, adamant that, it “will not relent in its efforts to fully implement our bylaws and activate the punitive sanctions thereof.”