The governing New Patriotic Party (NPP) executives in the Savelugu Constituency of the Northern Region, today [Thursday] organized another demonstration against the President’s MCE nominee for the Savelugu/Nantong Municipality.

Hundreds of NPP party supporters from the Savelugu and Nantong constituencies participated in the demonstration.

[contextly_sidebar id=”tyubHGSt6DT7JW4PLyrI8DyhmMWzFzDs”]This is the second protest within a space of one week.

They held placards with inscriptions such as “Nana also kaman how” “We no like Hajia kuraa” “We will never accept her” “We don’t like the woman” and ” Bawumia listen to our cry.”

The protesters submitted a petition to a founding father of the NPP in the Savelugu constituency, Alhaji Ibrahim Alhassan Yizea-Naa, for onward submission to the Northern Regional Minister and by extension to the President. 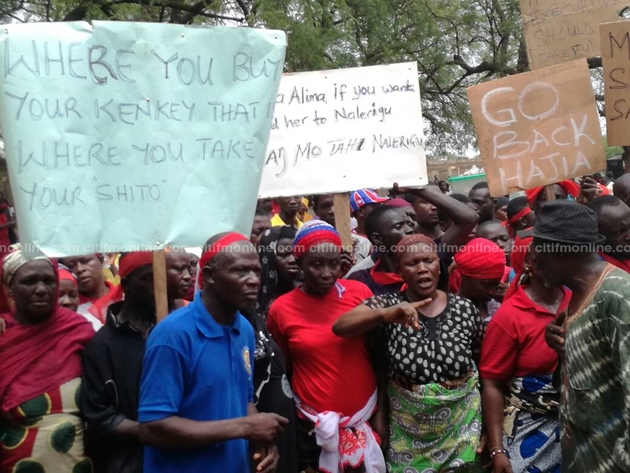 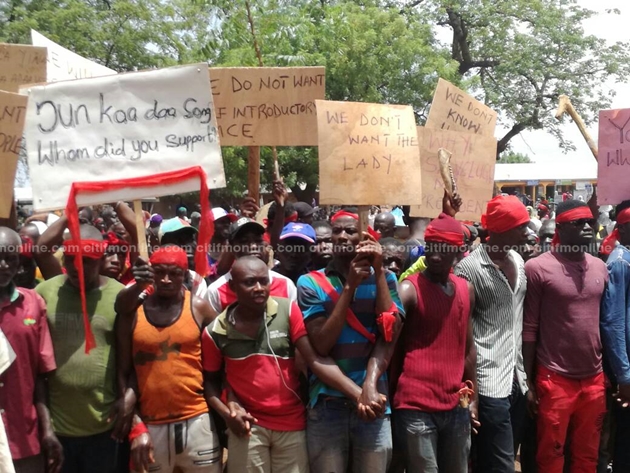 As a chartered Accountant, the President’s MCE nominee, Hajia Ayishetu Seidu, served as Accountant of the Tamale Teaching and Yendi hospitals.

She is one of the NPP’s bank rollers in the Northern Region, except that the angry NPP protesters claim that she is an alien in the constituency.