National Democratic Congress (NDC) Constituency executives of the Nadowli/Kaleo Constituency in the Upper West Region, are backing calls for their Member of Parliament, Alban Bagbin, to join the race to become the next flagbearer for the party for the 2020 polls.

This came as posters with Mr. Bagbin, the Second Deputy Speaker of Parliament, announcing his readiness to contest for the flagbearer slot of the NDC made rounds on social media.

[contextly_sidebar id=”6OLsadlTL7h6rixOaGq0xFAtyHwXFMGC”]The posters, which are circulating on social media with a picture of Alban Bagbin have the caption: “Bagbin 2020” with a proposed motto “Tried, Tested & Committed” beneath it.

But it is unclear where the posters are emanating from.

Nonetheless, in a Citi News interview, the Communications Officer of the constituency, Isaac Badita, said the Constituency is fully behind the longest serving MP should he confirm a bid for the presidency

“He [Bagbin] talked about it at a function and we realized that it is a good move and looking at the position of the party at this time, we think that it will be good for him to be part of the race and we will see what will come out of it in 2020.”

“The last time we were in opposition in 2001 to 2008, the role he played as minority leader and the way he climbed the ladder to where he is with his contribution to the party and governance, I think that he is well prepared to handle the mantle of the flagbearership,” Mr. Badita noted further. 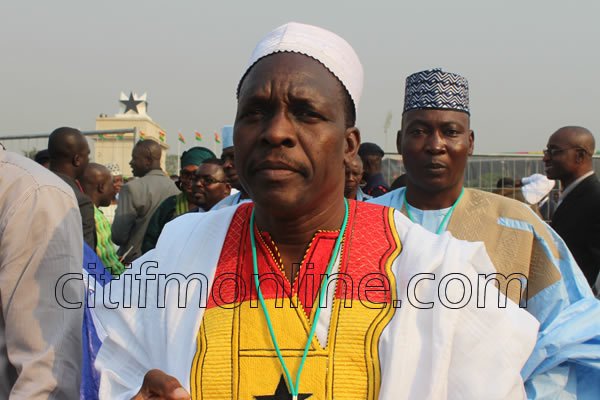 Alban Bagbin, born on 24 September 1957, hails from the Upper West Region of Ghana. He obtained a Bachelor of Arts degree in Law and English at the University of Ghana in 1980.

He proceeded to the Ghana School of Law at Makola in Accra after which he was called to the bar in 1982.

In 2008, Bagbin announced intentions to run for president on the NDC ticket, but he never stood for the primaries.