FIFA has been urged to ban Christian players from making the sign of the cross after scoring a goal.

A Muslim cleric from Saudi Arabia, Mohammed Alarefe called on football’s governing body to write it into the game’s laws that players be prohibited from tapping their stomach, chest, left shoulder then right shoulder to make a cross.

Alarefe, who is professor of religion at King Saud University in Riyadh, posted the controversial call on Twitter to his 17.4million followers, but he was quickly flooded with messages disagreeing with him.

A number of people pointed out to the Muslim scholar that a huge amount of players kneel on the ground and kiss the floor in celebration of a goal, mimicking the Islamic prayer. 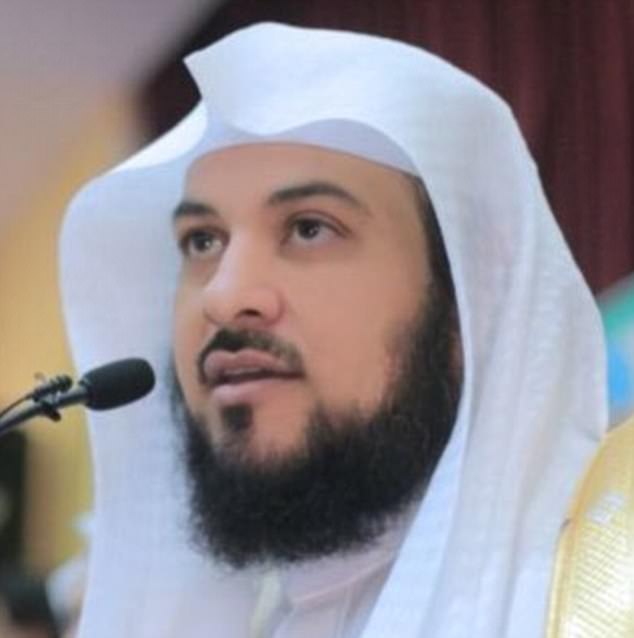 Alarefe wrote:  ‘I’ve seen video clips of athletes, soccer players running, shooting and when they win they make the symbol of the cross on their chests and my question is if FIFA’s rules forbid this.’

While people form all religious backgrounds, including Christianity and Islam responded to his views, many condemned the cleric, saying it incited division.

Sultan Alhusni replied mentioning an Egyptian footballer currently playing for Italian club Roma, and said: ‘I can’t lie. Mohamed Salah and others kneel to pray when they score a goal and no one punishes them. Leave the sport to those who deal with it.’

Another hit out at Alarefe, saying it was the typical views of somebody who was talking about an issue that they knew nothing about.

Many of the responses were of a sarcastic nature, including a Twitter user identifying himself as Capitano, who wrote: ‘The ISIS regime forbids crossing oneself; when al-Baghdadi is elected president of FIFA, we’ll discuss the respected sheikh’s request.’

The issue of religion in football is not a new phenomenon.

Recently, Real Madrid revealed they will not feature the traditional Christian cross on clothing sold in some Middle East countries under a new regional deal.

Marka, a retailing group in the United Arab Emirates, has been granted exclusive rights to ‘manufacture, distribute and sell Real Madrid products’ in the UAE, Saudi Arabia, Qatar, Kuwait, Bahrain and Oman.

But Marka Vice Chairman Khaled al-Mheiri said Real Madrid has two versions of the crest for the Middle East market and that Marka would use the one without the Christian cross due to cultural sensitivities.

‘We have to be sensitive towards other parts of the Gulf that are quite sensitive to products that hold the cross,’ said al-Mheiri, who owns a Real Madrid cafe in Dubai.

The six Gulf Arab countries where Marka will sell and distribute Real Madrid products are all Muslim-majority.

In 2014, Real Madrid removed the Christian cross from its crest when used by its sponsor the National Bank of Abu Dhabi .

In the UK, the cross has also made the headlines.

Celtic goalkeeper Artur Boruc was cautioned after complaints were made about his behaviour at Ibrox Stadium in Glasgow in front of Ranger’s fans back in 2006.

Strathclyde Police investigated claims that Boruc, 26, angered a section of the home support after allegedly making the religious gesture at the start of the second half of the game.

Rangers, Paul Gascoigne was given a severe warning by the Scottish FA after a ‘playing the flute’ mime – a sectarian gesture – in an Old Firm game against Celtic.

With the two Glasgow clubs’ religious roots, the issue is a constant point of contention and it is claimed players have been told to bless themselves in the changing rooms out of view of the fans, especially while playing at Ibrox.

It is a claim Rangers have strongly denied, but Sir Alex Ferguson allegedly warned Javier Hernandez against performing his traditional catholic blessing when Manchester United played in Glasgow back in 2010.